The Asiana Visa Signature® Credit Card is a travel rewards credit card issued by Bank of America. With an annual fee of $99, it’s the best way for frequent Asiana Airlines flyers to accumulate Asiana Club Miles, the Republic of Korea-based airline’s rewards currency. Cardholders automatically earn and maintain free memberships in Asiana Club. Asiana Airlines serves North America, most of Asia, Oceania (including Australia and New Zealand), and certain other destinations around the world, with most long-haul routes connecting through Korea.

This card’s earning rate is a bit better than the typical branded airline credit card. Purchases made with Asiana Airlines earn 3 miles per $1 spent, with redemptions starting as low as 10,000 miles for domestic flights within the Republic of Korea, 30,000 miles for flights between Korea and select other Asian countries, and 70,000 miles for flights between Korea and the United States. (Like all branded travel rewards programs, Asiana’s redemption requirements are subject to change at any time.) Gas and grocery purchases earn 2 miles per $1 spent – a nice boost for road warriors who drive long distances and cook at home when they’re not in the air. And all other purchases earn 1 mile per $1 spent, the standard baseline rate.

There’s a catch, though: This card caps mileage earnings are capped at 200,000 per year across all categories. No matter how much you spend on airfare, gas, groceries, and other items, you can’t earn more than 200,000 miles in a calendar year. If you only used this card for Asiana Airlines airfare, that would require about $66,667 in annual spending.

Asiana Visa Signature Credit Card has some additional perks and benefits, including:

If you frequently travel between the United States and Asia, this product could be a welcome addition to your credit card arsenal. Here’s what you need to know about it.

Though it’s difficult to ascribe a precise dollar value to this bonus due to variable redemption values for Asiana miles, 30,000 miles is enough for 3 round-trip domestic economy flights within the Republic of Korea, as well as 1 round-trip economy flight between Korea and Northeast Asia (including Japan). You need 35,000 miles for a one-way flight between the continental United States and the Republic of Korea, and 70,000 miles for a round-trip flight along the same route.

These miles accrue in addition to the base miles earned by all Asiana Club members. Base mile earnings are based on actual mileage between destinations – for instance, an economy one-way flight between Incheon and Los Angeles earns 5,973 base miles, plus 3 miles for each $1 spent on the Asiana Visa Signature card. There’s no limit to the number of base miles you can earn, but you can only earn 200,000 miles (not including the sign-up bonus) with your card each year.

You can also redeem miles for class upgrades – for example, upgrading from economy to business class on a Korea to North America flight costs 60,000 miles. Finally, you can redeem miles for award travel on more than 25 Star Alliance airline partners, including Air Canada and United Airlines. Partner redemptions start at 25,000 miles for round-trip flights within North America.

Every year your account remains open and in good standing, you receive a $100 airfare credit against Asiana Airlines airfare. The credit is automatically applied when you make an airfare purchase.

As long as your account remains open and in good standing, you receive 10,000 bonus miles every year on your cardmember anniversary. That’s good for a single round-trip domestic flights within the Republic of Korea, or roughly 25% of a one-way flight between the U.S. and Korea. These bonus miles can only be redeemed for Asiana airfare – they cannot be transferred to Star Alliance partners.

Every year, Asiana Visa Signature Credit Card users receive 2 free Lounge Invitations that can be redeemed for complimentary access to certain Asiana Airlines or Star Alliance airport lounges in the United States. However, only a handful of U.S. lounges (in Chicago-O’Hare, San Francisco, Honolulu, Seattle, Los Angeles, and New York-JFK) are eligible.

As a Visa Signature product, this card comes with some additional travel benefits underwritten by Visa:

Bank of America deposit account holders can take advantage of this card’s overdraft protection feature. When you attempt a checking account transaction that would normally result in a negative account balance, Bank of America automatically executes a cash advance draw on your credit card to cover the shortfall. There is a $12 fee for each transaction (or $12 per day for days in which multiple such transactions occur), and transferred balances immediately begin accruing interest at the cash advance rate.

The Asiana Visa Signature® Credit Card is designed for people who regularly travel to Korea or other parts of Asia from the United States. That’s a large and growing cohort. And, though this card has a much lower profile than branded credit cards from U.S.-based airlines such as Delta and American Airlines, it offers valuable access to Star Alliance routes that extend far beyond Asia. Before you sign-up for a better-known travel rewards credit card (such as Chase Sapphire Preferred Card), give Asiana another look.

The Asiana Visa Signature® Credit Card is ideal for people who frequently travel between the U.S. and Asia, but its inclusion in the Star Alliance ensures that it’s not a true niche product. Thanks to an above-average earning rate on gas and groceries, it’s also a suitable everyday spending card for regular international travelers.

On the other hand, Asiana Visa Signature Credit Card isn’t ideal for very heavy spenders, who are likely to bump against its bonus mile earning cap. Its value is also questionable for cardholders seeking large sign-up bonuses that can immediately be redeemed for free international airfare.

The Asiana card’s key benefits include its above-average earning rate on Asiana flights, the 2x gas and grocery category, the $100 annual airfare credit and annual mileage bonus, the ability to redeem for Star Alliance flights, and the lack of a foreign transaction fee.

Its major drawbacks include the cap on bonus mile earnings, the $99 annual fee, a mediocre sign-up bonus, costly redemptions for U.S.-based international travelers, and the limited usefulness of the airport lounge benefit. 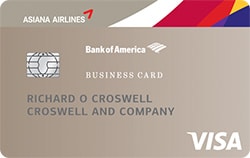 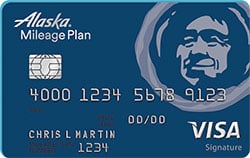 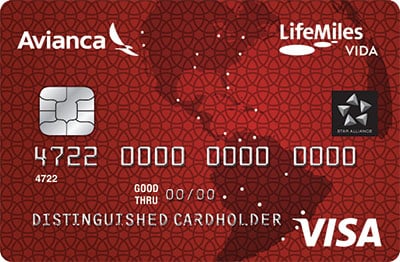 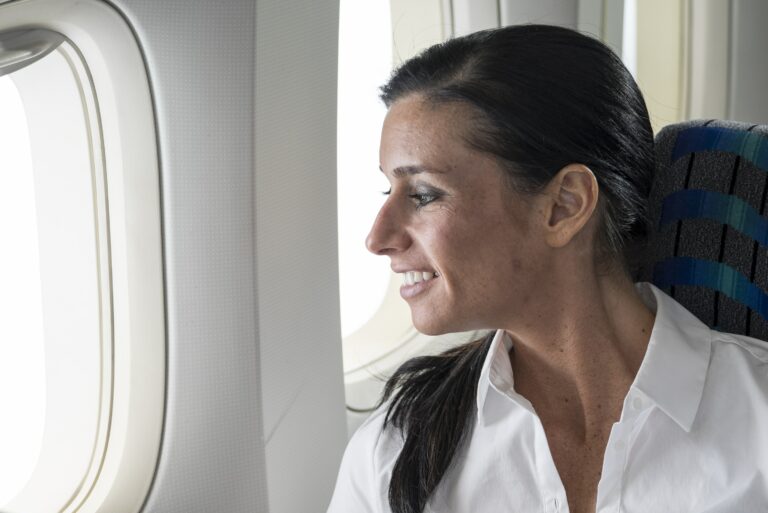