Drury Gold Key Club® Visa® is a hotel rewards credit card issued by Commerce Bank. With no annual fee and a rewards program that favors spending on lodging and amenities at Drury Hotels properties across the United States, it’s geared toward frequent Drury guests (and those who could be convinced to convert to the Drury way). New cardholders are automatically enrolled in Drury’s Gold Key Club loyalty program at no charge.

Drury Gold Key Club Credit Card earns a total of 15 points per $1 spent on all Drury Hotels purchases, including 10 base points available to all Gold Key Club members and 5 bonus points available only to cardholders, and 1 point per $1 spent on everything else. Points can be redeemed for a variety of travel and non-travel items, but indisputably offer the best value when exchanged for free nights at Drury properties.

Drury operates about 140 hotels in 21 states, mostly in the Midwest and South. Its brands include entry-level Pear Tree Inns; mid-level Drury Inns, Drury Suites, and Drury Inns & Suites; and high-end Drury Plaza Hotels. If you’re a regular guest at Drury Hotels properties, or frequently travel to regions where Drury outposts are found, you owe it to yourself to take a closer look at Drury Gold Key Club Credit Card.

When you open your account and make your first purchase, you get 15,000 Gold Key points. That’s good for up to 2 nights at Drury’s entry-level Pear Tree Inns, good for 1 night (with points left over) at mid-level Drury Inn and Drury Suites properties, and almost good for 1 night at high-end Drury Plaza properties.

Gold Key Club points can be redeemed for free nights at approximately 140 Drury Hotels properties in the United States.

You can redeem for a free night at entry-level Pear Tree Inn properties (where rooms often cost less than $100 per night) with as few as 7,500 points. Free nights at Drury Inns & Suites properties require at least 10,000 points, while free nights at Drury Plaza Hotels (where rooms often go for more than $300 per night) require at least 17,500 points.

Though Gold Key Club points’ values vary considerably based on the underlying dollar cost of the room for which they’re redeemed, they’re typically worth between $0.01 and $0.02 apiece, and sometimes more.

Notably, Drury doesn’t allow partial redemptions – you have to have enough points in your account to cover the entire point cost of a free night, and can’t use cash to make up any potential shortfall of points. However, Drury does allow you to cancel award nights for a full refund up to 12 o’clock noon on the day of your arrival, and does not impose blackout dates on award night reservations.

Aside from free night awards, which offer the best value of any redemption method by far, you can exchange your points for American Airlines AAdvantage or United MileagePlus airline miles at a ratio of 5 points to 1 mile; redeem for general merchandise or gift cards, typically at a value of well under $0.01 per point; and redeem for free cruise travel (starting at 175,000 points and a per-point value well under $0.01).

Commerce Bank sends you a free FICO score with each monthly statement, allowing you to keep tabs on your personal creditworthiness.

This card no annual fee. The foreign transaction fee is 1% for dollar-denominated transactions and 2% for transactions denominated in foreign currencies. Balance transfers and cash advances both cost the greater of $10 or 5%. Late payments cost up to $37.

This card requires good to excellent credit. If you have any noteworthy issues in your credit history, your application may not be approved.

Drury Hotels isn’t exactly a small business. With more than 140 locations, 5,000 employees, and millions of dollars in annual revenue, it’s a pretty big deal. However, next to true hospitality behemoths such as Hilton and Marriott, Drury is small potatoes. It’s no accident that the company’s website consistently plays up its down-home roots, family ownership, and dedication to its employees. If you’re committed to supporting independent businesses, but can’t find a true boutique hotel in your next vacation destination, a Drury property might be the next best thing.

With a solid hotel rewards program and no annual fee, Drury Gold Key Club® Visa® is ideal for travelers who stay at Drury Hotels infrequently, regularly, or constantly. Its flexible booking terms are great for travelers whose plans are sometimes subject to change as well.

However, due to the smallness of Drury Hotels’ network and poor earning rates on non-Drury purchases, it’s not appropriate as a general-spending credit card. It’s best kept idle in your wallet until you need to make a Drury Hotels reservation.

Its major drawbacks include the lack of introductory APR promotions, a mediocre sign-up bonus (in terms of value), the prohibition on combining points and cash at redemption, poor airline transfer options, relatively few hotel choices, and a penalty APR.

Overall, this is a fine card for regular Drury Hotels guests and people who travel through Drury’s trade area on business or pleasure, but it’s not appropriate as a general-spending card, or even as a primary travel card. 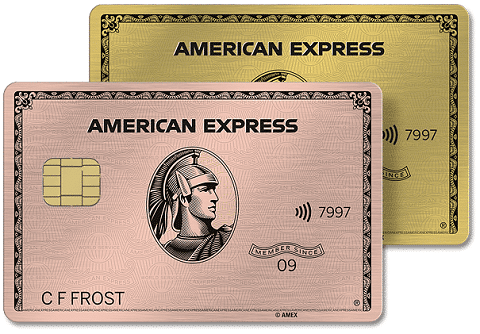