6 Ways to Build & Improve Your Child’s Vocabulary for Success

In 1937, Johnson O’Connor, then the director of the Human Engineering Laboratory of the Stevens Institute of Technology, performed a detailed study of vocabulary use and familiarity with research subjects, ranging from high school and grammar school pupils, to professors and businessmen. He determined that the largest vocabularies are possessed by “major executives,” and the size of one’s vocabulary correlates to his salary. Johnson also concluded that a large vocabulary was an “important concomitant of success and financial prosperity.”

In the years since, other research have confirmed additional benefits of larger vocabularies: Higher high school achievement, higher reading achievement, even higher IQs. Educator and writer E.D. Hirsch, Jr. asserts that there is no better index to accumulated knowledge and general competence than the size of a person’s vocabulary: “Simply put, knowing more words makes you smarter.” Therefore, a sizable vocabulary is a great asset for your children to achieve success in the 21st century.

The Value of Vocabulary

Words are important because they allow you to convert thoughts with precision and concision and share them with others. Nathaniel Hawthorne, an 18th Century American novelist and author of the classic “The Scarlet Letter,” may have expressed the power of words best: “Words…so innocent and powerless as they are, as standing in a dictionary, how potent for good and evil they become, in the hands of one who know how to combine them.”

The combination of words – skillfully used – have empowered, entranced, and enthralled us in the hands of orators and writers throughout history. Verses of religious texts, Lincoln’s memorialization of the dead in his Gettysburg Address, and Franklin D. Roosevelt’s message to a nation deep in the throes of economic depression, unemployment, and uncertainty (“The only thing we have to fear is fear itself”) are just several of many memorable phrases and passages that will be eternal.

Words are essential to imagination, the ability to form new images and sensations that are not experienced through the physical senses. Words convey emotions, memories, concepts, and facts, and are the basis by which humans communicate. Being able to say what you mean in words that others understand without confusion is essential to understanding. As Mark Twain said, “The difference between the right word and the almost right word is the difference between lightning and a lightning bug.”

As children grow and develop, their brain cells form connections (synapses) that become stronger and more complex as the maturing child uses them or gains experience. During the first 10 years of life, there are times when learning is particular rapid, what some researchers refer to as “windows of opportunity,” or “critical periods.” Language abilities appear during the first year. In year two, a child’s vocabulary can quadruple, a phase that researchers call the “vocabulary explosion.”

But as humans mature, some synaptic connections wither and disappear – which synapses survive and thrive depend upon their use, a function of environment. For example, a two-year-old might recognize words in two foreign languages if both are used by parents around him. But if one language predominates and the other is no longer used, the ability to understand or speak the absent language will be eventually lost.

Since vocabulary is easiest to learn as a young child, and the acquisition of a large vocabulary can help your child succeed in life, one of the greatest gifts a parent can give a child is an expanded vocabulary. It is also a gift that is inexpensive, does not involve specialized training or expensive curricula, and can be delivered without extraordinary effort. Children receive the knowledge almost unconsciously, without any sense that they are being tutored or forced into hours of practice and tedium. And it is a gift that will keep on giving, year after year, throughout their lives.

How to Expand Your Child’s Vocabulary

While there are many methods to communicate the joy and meaning of words, the following exercises are generally agreed to be the most effective:

1. Talk to Your Children Regularly
Tracy Cutchlow, coauthor with John Median of “Brain Rules for Baby: How to Raise a Smart and Happy Child From Zero to Five,” says that kids spoken to frequently in their first three years have an IQ that’s one-and-a-half times greater than those who aren’t. Using words in context is especially important. For example, a mother preparing breakfast might hold up an egg while saying the word “egg” before cooking. Nonverbal clues, in addition to repetition, improve understanding and learning. When you carry your baby, point to things or people and name them.

2. Avoid Baby Talk With Infants
Use real words, and avoid using the nonsensical sounds a baby makes, a high-pitched, sing-song tone of voice, exaggerated facial expressions, and long, drawn-out vowels. Instead, use nursery rhymes, and sing to help them manipulate sounds. As they grow older, let them listen to and participate in higher-level conversations around the dinner table and with family.

3. Read Books to Your Children
Begin with simple picture books with a single word or short sentence on each page. As your child grows, gradually increase the length and difficulty of the stories. And keep them engaged by asking them questions about the story, such as who different characters are and what they are doing. For example, you could point at a picture of a lion and explain how a lion communicates by mimicking a roar, and then compare the roar to the sounds a cow makes. Don’t worry about sticking to the exact words on the page – you are not teaching reading, but vocabulary. Engagement is more important than accuracy.

4. Encourage Storytelling
Let your child make up stories and ask the questions so you can introduce new words with similar meanings. This gives the child a context of understanding. For example, if the child says, “It was really big,” you could respond, “It must have been enormous.” Reading Rockets, a website dedicated to helping kids learn to read, suggests that when introducing a new word, you should do the following:

5. Promote Word-Consciousness
Play with words through games, songs, and humor emphasizing the fun of words and discovery of meanings. Create a word-rich environment with plenty of books appropriate for their age and older, including comic books and magazines. Games like Hangman and Word Search can entertain and educate smaller children, while Scrabble, Boggle, and Balderdash attract older kids. Encourage rhyming games and poetry. Use flash cards with pictures and printed words related to words they already know to learn new words. Use words in multiple, meaningful context so they can understand their definition and use more easily. For example, if a child knows what it is to be mad, it will be easier to introduce words such as irate, angry, or frustrated.

6. Encourage Your Children to Read and Write on Their Own
Studies indicate that we learn as much as 20% of our vocabularies by reading and writing, which promotes the correct and regular use of the new words. Get your children library cards and take them regularly to borrow books. Emphasize the importance that reading has to you by turning off the television for regular periods and reading as a family. When new words are identified, discuss them and their usage. Keep a dictionary handy, but don’t turn every question into a chore of research – if reading is considered fun in their early years, the more likely children will continue the practice as they grow older.

Sherri S. Tepper, author of “A Plague of Angels,” said, “As vocabulary is reduced, so are the number of feelings you can express, the number of events you can describe, the number of the things you can identify! Not only understanding is limited, but also experience.” A large vocabulary can help a child have a richer, more varied, and fulfilling life, which is something all parents want for their children. Putting these methods into effect today will pay life-long dividends to your child.

What do you think? Is vocabulary important? Do you wish you had a greater command of words and their usage?

Careers Teaching Spanish to Your Kids - Benefits of Being Bilingual

College & Education Does It Matter Where You Go to College? 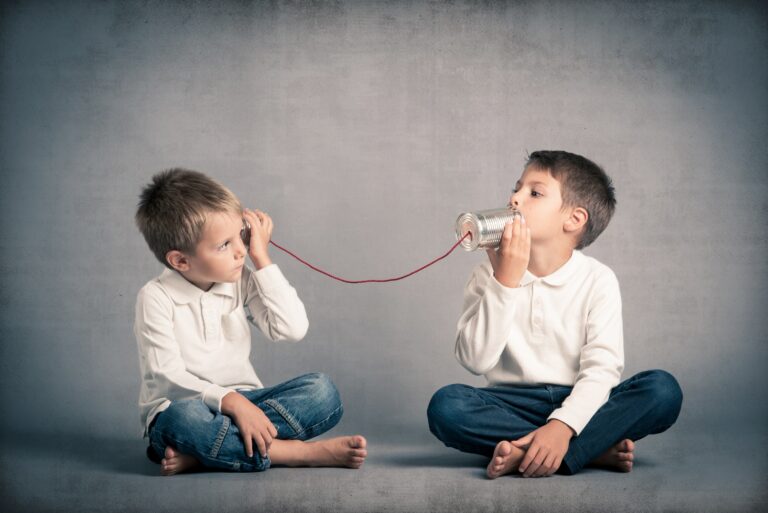 Careers 6 Causes of Miscommunication - How to Use Plain Language Effectively

College & Education Should I Go to a Technical or Trade School Instead of a College? - Pros & Cons