4 Airline Fees Worth Paying For and 5 to Avoid

When I started flying regularly as a teenager, an airline ticket included everything you needed to fly – there were no additional fees for checked bags, meals, or in-flight entertainment. Nowadays, that type of treatment would be considered downright luxurious.

When the economy dips, so does the service of the aviation industry, as fewer people are likely to shell out cash for pricey plane tickets. Many airlines have responded by offering tickets at a lower upfront cost, while making up the difference by charging fees for perks and services. While some of these fees are worth the extra cost, others should absolutely be avoided.

I’d be lying if I said some of the airline fees don’t give me travel rage before I even step on the plane. After scoring a great deal on a plane ticket, it’s disappointing to add up all the extra fees and realize the ticket wasn’t such a deal after all.

While most travel service charges are annoying, there are a few gems worth paying for. By knowing which fees are actually worth the money, you can decide whether you want to fly “bare bones” or if you want to pay the extra cash for a few conveniences. Here are several of the services I don’t mind shelling out for when it comes to enjoying a smoother, more pleasant flying experience.

1. In-Flight WiFi
When you compare value by the dollar, in-flight WiFi is where you can get the most bang for your buck. For several dollars per flight, you can score a fairly stable Internet connection, which you can then use for work, sending emails, streaming entertainment, and browsing Facebook from 30,000 feet. While the actual service quality varies from airline to airline, it makes the flight seem to go faster, making it a worthy investment. As a mom of two kids, the first thing I do after boarding is check the plane’s wireless and set up Netflix to keep my kids happy.

Most airlines offer some type of WiFi for about $5 per flight. You might even be able to score a deal by researching your airline’s WiFi service prior to your travel date, seeking out coupon codes for a cheaper connection. Just remember your cost is per flight, an amount that can rack up if you have multiple connections.

2. More Leg Room
Enterprising airlines have realized most economy passengers won’t pony up for a first class seat, but are happy to pay for an economy seat with extra leg room. For me, it’s not a huge deal – but my six-foot-tall husband appreciates extra leg room, so when we travel together, it’s an option we consider. On long flights, the extra space can make a big difference in comfort.

The seats with extra leg room are still in economy, but the rows with extra space, such as emergency rows or seats near the front of the plane, are offered to passengers at a slightly higher rate. For instance, both Delta and JetBlue offer emergency row seating for a bit extra, although it’s important to remember that the rules for sitting in an emergency row still apply.

Pricing usually depends on the length of the flight, so you may need to contact customer service or check your online reservations for options. Generally, you can expect to pay $25 to $50 for more leg room.

3. Early Check-In
If you fly with an airline that offers open seating – namely, Southwest – you can pay for early check-in. For an extra $12.50 each way, the Southwest system checks you in automatically, rather than requiring a manual check-in. Since those who check in first get higher priority for boarding, paying for the service means you pretty much get your pick of seats. This is especially nice if you’re traveling with a group and want to ensure you’re all seated together.

If you don’t pay for early check-in, a manual check-in is required, usually within 24 hours of your flight. Just recognize that any savvy Southwest flyer could beat you to the punch, resulting in lower-priority boarding and a game of seat-choice roulette.

4. VIP Day Passes
If you have a long layover, it may be worth it to invest in a day pass to your airline’s VIP club. Usually equipped with perks such as free WiFi, snacks, drinks, and even showers, the VIP club makes layovers a little more bearable. Both United and American Airlines offer day passes for $50, while Virgin America lets you in for just $35. Add the passes while you book, or if you’re at the airport, ask the check-in or reservations agent to add a day pass to your ticket.

You need to pay for each person in your party, but kids under the age of two are usually admitted free – just don’t expect much in the way of kid amenities, aside from snacks and drinks. If you are traveling with kids, check terminals for play areas ahead of time – they’re generally free and help get the wiggles out before the next flight.

1. Paying for Carry-On Luggage
Paying for checked bags is a grim reality for most flyers, but some airlines, such as Southwest and JetBlue, still offer the service for free. When comparing prices, I always add the airline’s baggage fees to the ticket price to determine whether the total cost is a good deal.

Unfortunately, checked bag fees aren’t the only baggage fees you have to look out for. While most airlines still offer the option for free carry-on bags, in May 2013, Frontier began charging a carry-on fee of $25 when booked in advance, or $100 when paid at the gate. This change followed the example of Spirit and Allegiant Airlines, both of which have similar policies (Spirit follows the same plan as Frontier, while Allegiant charges $35 for carry-ons). While passengers can still bring a personal item on-board, such as a briefcase or purse, it must fit under the seat. All items that need to be stored in the overhead compartment incur the extra charge.

Make sure you understand your airline’s baggage policies before you book your ticket so that you don’t end up paying an arm and a leg for baggage services at the gate.

2. Early Boarding
Paying for priority boarding on airlines with an open seating policy makes sense – it’s first come, first served once you’re on the aircraft. But if you’re flying with an airline that assigns seats, and you don’t have any special needs, it doesn’t make sense to shell out the extra cash for early boarding.

You may get on the plane first, but you’ll end up sitting on the plane longer, and you might have to stand up and sit down several times as other passengers file into your row. It’s a “perk” unworthy of the $10 to $25 most airlines charge for the privilege. Most airlines board in grouped sections anyway, so there’s no need to rush onto the plane.

3. Seat Choices
Some airlines designate certain seats as “choice” seats. These are usually toward the front of the plane, and in some cases, the window seats are considered “choice” too. I recently flew with U.S. Airways, and there was a fee to choose a “better” seat toward the front of the plane. Did these seats offer more leg room, extra features, or more perks than the other hundred seats on the plane? Not really. The only benefit was quicker deplaning, and possibly, a window seat.

I chose regular seats that were just fine. Paying extra for this type of “better” seat that has little in the way of extra benefit is ultimately a waste of money.

4. Convenience Fees
To help recoup losses from sagging sales, some airlines have resorted to charging “convenience” fees. These fees encompass everything from online booking, to using your credit card to check luggage at the check-in desk.

I skip these fees by searching for fee-free booking options, specifically choosing airlines with the fewest or lowest fees. After all, using credit cards and booking online actually streamlines the ticketing process, cutting costs for the airlines – why should you pay extra for that?

5. Snacks and Beverages
I’ll admit I’ve spent money on a few in-flight snack boxes for my kids, but generally, I try to pack my own snacks and drinks. A few lower-budget airlines have begun charging for items that were once complimentary, such as soda and juice, so unless you want to swipe your card for a can of Coke, pack your own snacks and opt for water – which is still usually free. I always choose filling, high-protein, high-fiber snacks such as trail mix or boiled eggs so I don’t fall prey to the lure of the snack cart as it rolls by.

In the life of a traveler, airline fees have become the norm. Some fees, such as baggage check and WiFi, are a necessary evil, making flights an easier, more pleasant experience. However, just because an airline offers a fee for a service or perk, it doesn’t mean you have to pay up.

Be smart about your options and look for cheaper travel alternatives or a better value. And, always add the cost of airline fees into the ticket price – you might be surprised which airlines offer the best deals.

What airline add-ons do you pay for? 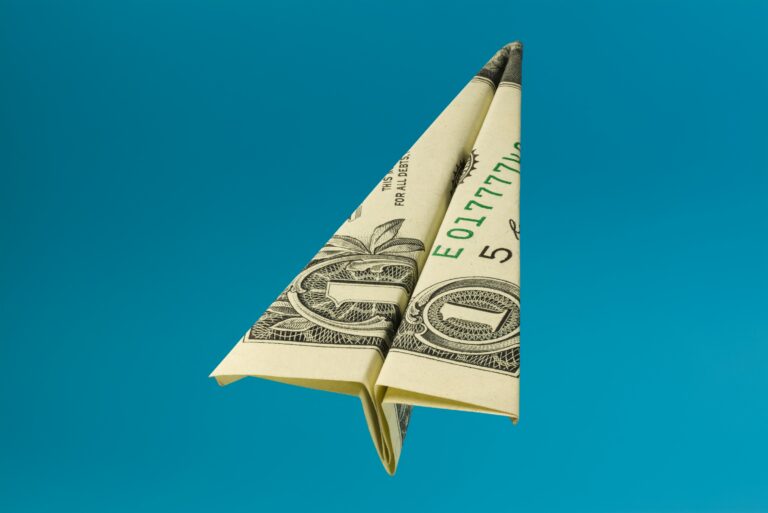 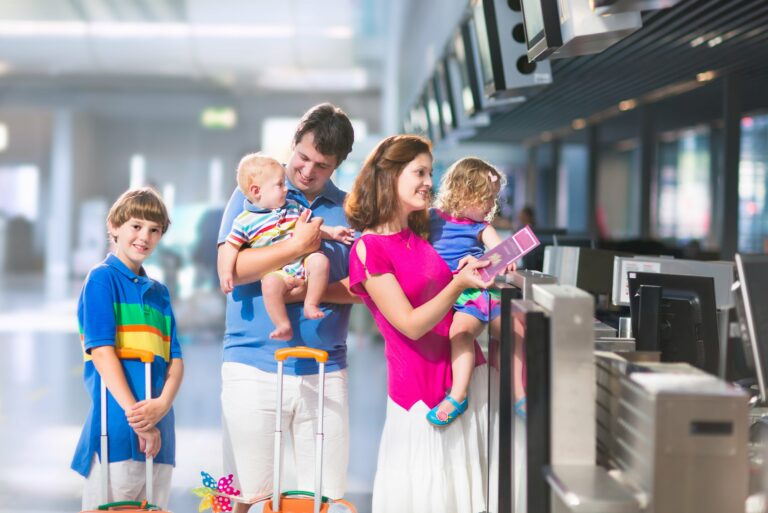 Travel 9 Travel & Vacation Planning Mistakes That Can Cost You Money 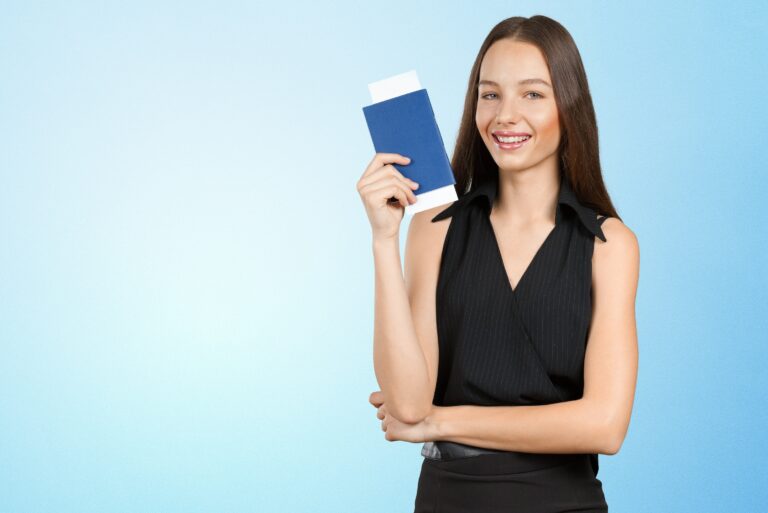 How can I save money on airline tickets?

What hidden travel fees can I avoid?