When you examine the most famous entrepreneurs of all time, they typically have very different businesses. For example, Jeff Bezos built the e-commerce titan Amazon while Elon Musk focused on innovating electric vehicles and Mark Zuckerberg developed the world’s premier social network.

But, despite having drastically different businesses and interests, the greatest entrepreneurs of all time all share a set of core characteristics. By studying these entrepreneurs and different aspects of their personalities, you can draw both inspiration and insight for how to start your own small business.

One of the most common personality traits of successful entrepreneurs is their ability to innovate. When you think about famous entrepreneurs like Bill Gates or Steve Jobs, innovation is the foundation of what made them and their companies great. Both Microsoft and Apple helped revolutionize computing, making technology more accessible for billions of people around the world, ultimately changing the course of human history.

The importance of innovation spans across every industry, not just computing. By bringing new products and business models to an industry, it’s possible to disrupt that industry and gain a competitive advantage over the incumbents, or to make the competition obsolete altogether.

Entrepreneurship adaptability doesn’t always look obvious. Take Warren Buffett, one of the most famous investors of all time.

Buffett’s investing style is also called stubborn quite regularly, but his active investing style and desire to actually own the companies he invests in has brought him success over the decades.

In 1913, Henry Ford introduced the first assembly line, revolutionizing the manufacturing process for cars. The reduction in assembly time and optimizing factories were two keys for Ford’s success as a car manufacturer.

But, Henry Ford wasn’t afraid to take risks and go against the norm. One of his most famous quotes about the Model T car is “any customer can have a car painted any color that he wants, so long as it is black.” As a result of this decision, the Model T was only available in one color, eliminating consumer choice but increasing production efficiency even further.

The takeaway here is that the most successful entrepreneurs in history haven’t been risk averse. Rather, these renowned entrepreneurs seem to find success when they keep an open mind and explore a new way of doing business.

A more recent example of the importance of risk taking for entrepreneurs comes from Jeff Bezos, who stepped down as Amazon’s CEO in July 2021. In his final address to shareholders, Bezos said “The only way to get above-average returns is to take risks and many won’t pay off. Our whole history as a company is about taking risks, many of which have failed and many of which will fail, but we’ll continue to take big risks.”

The bottom line is that you should calculate risks and not take them rashly. But as history has shown, many of the most successful entrepreneurs have taken risks at some point in time to grow their business and disrupt the industries they operate in.

If you read books like “The 4-Hour Workweek” by Tim Ferris, it’s all too easy to picture entrepreneurship as being the ticket to a dream life. However, this is a common entrepreneurial myth, and successful entrepreneurs don’t typically spend their days lounging on a beach while they make endless passive income.

The reality is that successful entrepreneurs usually work more than the average person. In fact, their work ethic is often extreme and all-encompassing, especially during the formative years of a company.

As a business owner, no one will care more about your company than you do. And, for a new business, it’s often long hours of hard work that see you through to success.

Just note that an endless commitment to your company isn’t sustainable or even recommended. Avoiding entrepreneurial burnout also is important.

Successful entrepreneurs often find their beginnings by launching startups. And, in the incredibly competitive and risky world of startups, startup speed is often a cause for business failure or growth.

There are several reasons for this. The most obvious is that startups require funding from sources like venture capital. But money doesn’t last forever, so the need to ship a product or service to market quickly to actually begin generating revenue is important.

But startup speed also has other implications. Companies that execute at faster speeds than the competition typically set the industry standard and get an early mover’s advantage.

Take Tesla as an example, which was the best-selling electric vehicle brand in 2020 according to Statista. Even with increased competition in the electric vehicle market, Tesla’s first-mover advantage has cemented its place as a dominant company in the industry.

When confronted about his repeated failures to create the first commercial light bulb, Thomas Edison said: “I have not failed 10,000 times. I’ve successfully found 10,000 ways that will not work.”

This mentality is another defining characteristic of great entrepreneurs. Most businesses face failure at some point. But, it’s turning failures into new opportunities and pivoting as you move that are important.

Of course, you should still create and follow a business plan; blind persistence isn’t enough to launch a successful company. Additionally, it’s important to avoid the sunk cost fallacy and to work endlessly at a hopeless project just because you’ve already put resources into it.

However, the takeaway is that the best entrepreneurs don’t give up when they encounter obstacles. Rather, they learn from short-term challenges, ultimately helping them find long-term success.

According to Dallas Mavericks owner and Shark Tank investor Mark Cuban, following your passion is one of the worst pieces of entrepreneurial advice.

In an interview with Amazon, Cuban explains that while he loves basketball, he lacks the athleticism to have ever made it a career. So instead of focusing on playing professional sports, Cuban doubled down and spent more time on what he was good at: building businesses.

In 1990, Cuban sold his first major company MicroSolutions for $6 million. In 1999, an Internet broadcasting company that Cuban led sold to Yahoo! for $5.7 billion in Yahoo! stock.

Cuban’s message is that if you focus on where your strengths lie and where you naturally spend your time, you become even better at that skill. And, once you’re the best at something, it usually becomes a passion anyway because people naturally like to excel.

There’s nothing wrong with turning a hobby into a business. But if you have a competitive advantage in a particular field and spend most of your time there, following your effort is a more likely path to achieve entrepreneurial success.

8. Knows How To Lead And Delegate

Successful entrepreneurs are typically technically skilled and knowledgeable about the industry they’re in. But, even more importantly, entrepreneurs who build massive companies know how to delegate work to others and build incredible teams.

Recruiting is a critical element for creating a successful business because the more talent you can work with, the better your chances of success often are. Additionally, retaining talent as your company expands is also important because it lets you place key employees in management roles that often determine how well your company performs.

Richard Branson, founder of the Virgin Group, is another billionaire investor-turned-entrepreneur who is a prime example of this leadership style. Historically, Branson has not been an autocratic leader who micromanages every aspect of his businesses. Rather, Branson believes that delegation and giving employees autonomy is how you build more productive teams and business leaders.

In an article for TheStar, Branson summarizes why successful entrepreneurs delegate. He writes, “Most entrepreneurs are driven personalities, but you can’t overcome challenges and bring new ideas to the market through the sheer force of personality alone. You need to learn to delegate so that you can focus on the big picture.”

It doesn’t matter if you’re running a food truck franchise or starting an online business based in Silicon Valley; it pays to learn from the greatest entrepreneurs of all time. This is because the common characteristics, values, and business practices these entrepreneurs employ to find success are something you can translate to your own business.

Ultimately, if you can be more mindful about what makes an excellent leader and adhere to those qualities, your business has a higher chance to succeed. Rome wasn’t built in a day, and neither were the most famous companies on Earth. But every company starts somewhere, and the quality of the entrepreneur steering the ship is one of the most important ingredients for success.

Tom is a freelance writer originally from Toronto, Canada. Tom's passion for finance and discovering methods to make money originally sparked in college when he was trying to make ends meet on a tight budget. Outside of freelance writing, Tom also manages the blog This Online World - a personal finance website dedicated to helping young adults make and save more money. 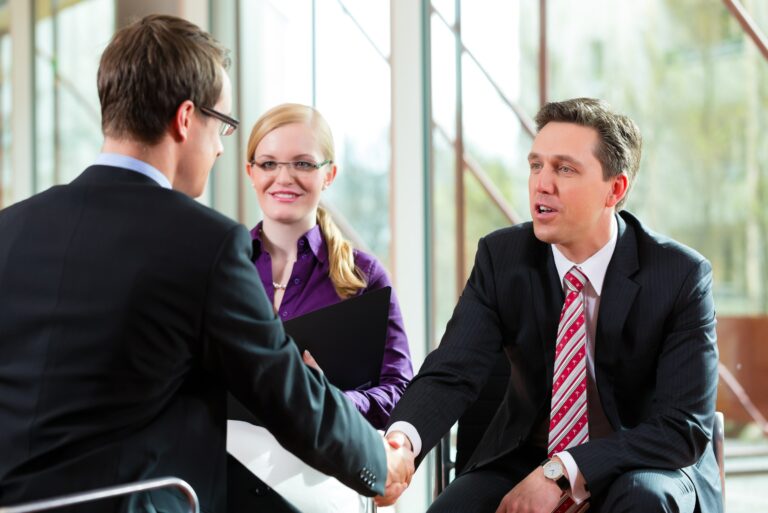