Don’t say that reality TV never taught you anything. Like much of television-obsessed America, I’ve watched the trial of Joe and Teresa Giudice with great interest. “The Real Housewives of New Jersey” stars were accused of an entire slew of financial crimes, from mortgage fraud to tax fraud. Unfortunately, these are not even the first legal woes to befall “The Real Housewives” families.

A closer look reveals a pattern to their financial demise. And, while it’s certainly not the main reason viewers tune into the shows, they can learn a thing or two about money by watching the financial train wrecks that have occurred in New York, Orange County, Los Angeles, Atlanta, and New Jersey.

Money Lessons From “The Real Housewives”

Consider “The Real Housewives” franchise a lesson in “what not to do” when it comes to money. It seems ironic, doesn’t it? These families, known for their wealth and opulence might not even be all that wealthy and opulent. Getting the inside scoop can help you figure out how to avoid the financial woes that plague many of the cast members from the popular reality TV franchise.

It’s no secret that the families featured on “The Real Housewives” love to flaunt their money via their material possessions. From massive houses, to expensive cars, to the best clothes, to pricey jewelry, they seem to have it all. Remember, though, that while they might have a lot of stuff, they don’t necessarily have real wealth: a positive net worth, savings in the bank, and little or no debt.

A number of “The Real Housewives” stars have filed for bankruptcy, including Peggy Tanous, Alexis Bellino, Tamra Judge, and Sonja Morgan. In fact, according to The Huffington Post, a whopping 12 families featured on the show had filed for bankruptcy as of 2012. The strange part is that none of the aforementioned families offered any signs of their impending problems. They had large houses, threw lavish parties, and kept up with their big spender friends on the show.

The Takeaway: Before you get down in the dumps because you can’t keep up with your neighbors, remember that appearances aren’t always what they seem. If there’s anything to be learned from “The Real Housewives,” it’s that just because you spend it, doesn’t mean you have it. Anyone can obtain credit and purchase stuff on borrowed funds, but it doesn’t make them wealthy. Stop worrying about keeping up and concentrate on building real wealth through proper budgeting, saving, and investing.

My favorite series from the franchise was “The Real Housewives of Orange County” Back in the fourth season, one of the main housewives, Lynn Curtin, seemed to have it all: the successful husband, the huge home, the perfect kids, and the requisite pricey SUV. However, as the cracks in her relationship started to show, Curtin made a startling discovery: Her husband, Frank, was hiding thousands of dollars in debt.

It was then that the marriage and the finances started to crumble. The couple was evicted from their lavish Orange County home, and they lost their cars and a number of their businesses. Eventually, they filed for bankruptcy and later divorce. During one of their recorded arguments, Frank admitted to Lynne that he hid their debt because he didn’t want to upset her, but that just encouraged her to spend money they didn’t have, pushing them deeper and deeper underwater. A lack of communication about finances ignited the family’s ultimate downfall.

The Takeaway: Money is definitely a charged and sometimes unpleasant subject to talk about with your spouse. However, without both parties staying informed, on the same page, and invested in identical financial goals, it’s nearly impossible to stay afloat. When one spouse wants to save and the other spends lavishly, it’s bound to create some rough patches. Making communication a priority and committing to work together on the same goals can help you stay afloat.

3. Everyone Needs a Budget

It doesn’t matter if you make $4,000 per month or $40,000: “The Real Housewives” franchise proves that everyone needs to live by a budget. Of all of the series, “The Real Housewives of Atlanta” cast might be the worst offenders in this regard. Boasting about being able to buy anything or buying without a care to cost is a constant theme of the show.

Of course, it’s no surprise that the very same cast members who show blatant disrespect toward the idea of a budget are also the ones with the highest debt, according to Jezebel. NeNe Leakes, Sheree Whitfield, and Lisa Wi have all experienced well-publicized woes, from bankruptcy, to back taxes, to back rent, to evictions.

The Takeaway: Everyone, at every income level, needs to have a budget in place. Unfortunately, “The Real Housewives” consistently make the mistake of assuming that a budget is merely a way to restrict spending, which is entirely untrue. Don’t think of it as a diet, but a meal plan – it allows you to direct and plan for your money before you start spending. Don’t look at a budget as a way to restrict you, but rather to prove that you have the financial sense to stay in control of your goals.

While watching the trial of the Giudices unfold over time, one of the most glaring inconsistencies in Teresa’s case also became a nail in her coffin. Her best defense for participating in her husband’s fraudulent crimes was simply that she didn’t pay attention to the documents she signed. When her husband brought them to her for signature, she would oblige without looking at them.

Now, whether her testimony is true is up for debate, but one thing is for certain: When issuing her sentence, the judge came down hard on Teresa’s laissez-faire attitude toward finances.

“You are not as bad as your husband, [and] you do not have the criminal record that he has had, but you are complicit in it,” Judge Esther Salas told Teresa during the sentencing hearing. “I think that you need to take responsibility for yourself, you said that yourself. Stop relying on PR, on CPAs – you need to make sure that everything you sign is correct and complete.”

The judge was sending a clear message to anyone who pleads “I didn’t know” to a fraud case: If your name is on it, then you’re responsible. Judge Salas also reversed the Giudice’s bankruptcy, resulting in their owing more than $13 million to creditors in addition to Teresa’s 15 months in prison and Joe’s three and a half years.

The Takeaway: The words of Judge Salas should be a lesson to us all: Pay attention to your finances. Whether or not Teresa knew what her husband was up to, she signed off on his behavior. It just goes to show that spouses are partners in finances – whether they like it or not.

No, your spouse might not be committing fraud behind your back, but gunning for a huge mortgage, spending thoughtlessly, using too much credit, and evading taxes make you a partner in crime financially (and in some cases, legally). Always be an active participant in your family’s finances – a passive interest could get you into hot water.

Lest you think all the housewives on “The Real Housewives” are in the hole, you should know that some are quite successful. Take Vicki Gunvalson, the only remaining original cast member from “The Real Housewives of Orange County.” She has a net worth of $7 million, raking in a whopping $500,000 per episode in addition to her thriving insurance company. She’s one of the most successful women in the franchise.

But just because Vicki makes a pretty penny doesn’t mean she’s immune to trouble. The very thing that created her success – devotion to work and earning money – could be the very thing that led to her recent divorce from her husband, Don Gunvalson. She admitted on a July episode of “Watch What Happens Live” that her hectic schedule and work were both factors in her divorce.

The Takeaway: Don’t watch “The Real Housewives,” hoping to one day match the wealth featured on the show. Sure, some of the families might actually have money in the bank, but if I’ve learned anything from the franchise, it’s that money doesn’t always produce happiness. Even those who are set for life endure professional and family issues just like anyone else.

The idea that “I just need to make ‘x amount’ and I’ll be happy” is flawed – you can be happy or unhappy at any salary. Work on what fulfills you today by being grateful and planning for the future with your family.

“The Real Housewives” franchise is labeled a guilty pleasure for a reason: It’s escapism, pure and simple. The families on the show aren’t meant to be models for our aspiration. In fact, I see them more as cautionary tales, because if it weren’t for the drama and problems, they wouldn’t be on TV at all. They’re the couples that you love to hate, so it’s fine to set your DVR and curl up with your favorite series once in a while – as long as you learn from their mistakes, rather than treating cast members like role models.

Do you watch “The Real Housewives?” What have you learned from their financial woes? 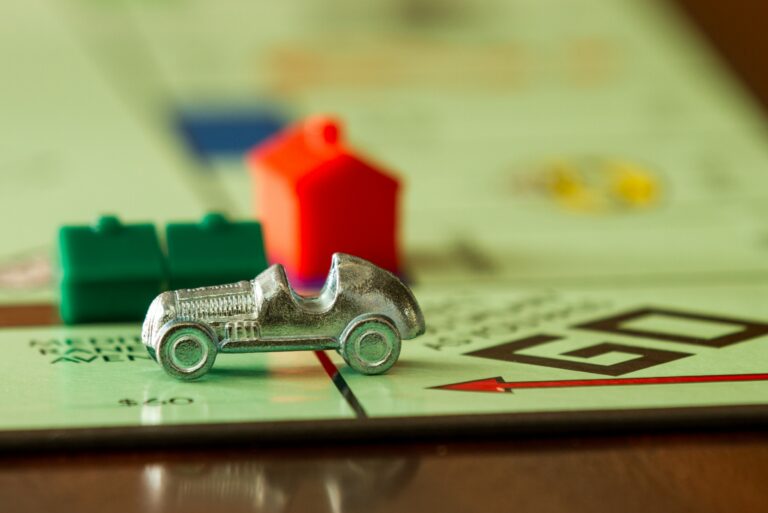 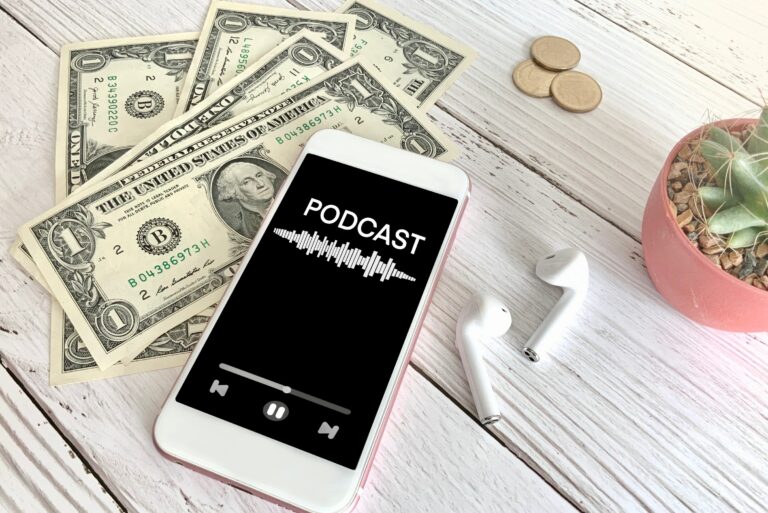 What are the best online games that teach kids about managing money?

What are the best books on financial independence retire early (FIRE)?