The Pros & Cons of Bitcoin as a Digital Investment

How to Get Cheap Concert, Event & Musical Tickets Tickets for concerts, shows, and other events can be outrageously expensive. Here’s a quick sampling of prices I recently found on Ticketmaster:

Paying high prices like these is probably not an option for anyone on a tight entertainment budget. Fortunately, you don’t have to. With a bit of work, a bit of patience, and a few clever tricks, you can see great shows at a price you can afford.

Ways to Save on Tickets

Scoring cheap tickets is partly a matter of knowing where to shop – and when. You are most likely to pay the highest price if you buy a ticket for a popular event from Ticketmaster the minute they go on sale. You can get a much better deal by waiting to buy or by buying from other sources.

However, these aren’t the only tricks in the book. You can also save on event tickets by attending cheaper shows or by finding cheaper seats. Sometimes you can earn a free ticket by working for the event, and sometimes you can win one in a contest. With so many ways to save, there’s sure to be one that works for you.

The more popular an event is, the more competition there is to find good seats, and more competition means higher prices. For example, seats for the hit Broadway musical “Hamilton” start at $400, even on a weeknight. The same goes for big sports events like playoff games. Jessica Erskine of the ticket reseller StubHub tells Money magazine that tickets to “bucket-list” experiences like these are expensive no matter when you buy them.

However, you can still have a great time going to events that are not as in demand:

Tickets are at their priciest when they first go on sale. As the date of the show draws nearer, venues gradually drop their prices to avoid having too many empty seats.

Waiting until later also gives you a better chance to find tickets on the “secondary market.” You can buy tickets from people who bought their tickets early and now can’t use them, as well as tickets from dealers who buy them in bulk only to resell them later. The closer it gets to show time, the lower the price resellers are willing to accept. If you wait until the day of the show itself, some brokers might be ready to unload their remaining tickets at a steep discount instead of losing their entire investment.

You can find resale tickets on sites like StubHub, SeatGeek, RazorGator, and TicketsNow. Most of these sites charge a service fee, but it’s usually not as high as the fee for Ticketmaster. Aggregator sites, such as Ticketwood, can save you time by searching out the best deals from several resale sites at once. There are also some sites that specialize in low-cost, last-minute seats, like Broadway for Broke People. You can also shop many of these sites through eBates to save even more. 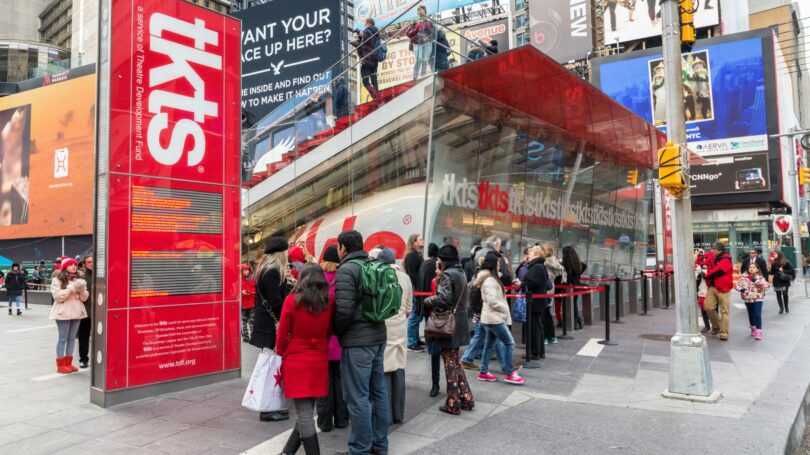 One problem with waiting and hoping to score a cheap seat at the last minute is that it makes it difficult to plan your schedule since you don’t know if you’re going to the show or not. Also, it can be a pain having to search the ticket sites day after day, looking for a seat that fits your budget.

Note that some ticket resellers offer price alerts through their mobile apps. You select the event you want to see, then tell the site how much you’re willing to pay for tickets. As soon as a ticket becomes available at that price, the site sends a notification to your phone, and you can snap up those tickets before someone else does.

Another risk of waiting to buy tickets close to showtime is that the event might sell out before you get a chance to buy. If you’re not prepared to take this chance, you can still shave a little bit off the ticket price by going directly to the venue. Most theaters and arenas have a box office where you can buy tickets directly, avoiding the service fees for Ticketmaster.

However, by buying from the venue, you can sometimes find tickets to an event that’s supposedly sold out. Occasionally, stadiums and other venues release a few extra tickets on the day of the show or the game, which you can claim by showing up at the box office when it opens. It might not work, but if you can’t find tickets anywhere else, it’s worth a shot.

5. Choose Your Seat With Care

At larger venues, some seats offer a better view than others – and those seats are almost always more expensive. If you’re willing to settle for a seat way in the back or behind a pillar, you can see a show (or at least see most of it) for a lot less than the person two rows ahead of you with an unobstructed view. If you’re worried about missing too much, some venues’ websites let you see a photo preview of the view from a given area before you buy.

You can also get a cheaper seat if you’re willing to sit by yourself. Blocks of seats are more popular than individual ones, so venues and ticket brokers are often willing to sell isolated single seats at a lower price, especially as the date of the event gets closer. Sitting on your own also gives you a better chance of buying an extra ticket at a reduced price from someone who can’t use it.

In some cases, it’s possible to save money by skipping the seat altogether. Many venues offer low-cost “standing room” tickets for sold-out shows. If you arrive early enough, you might even get a spot right next to the stage.

Another way to find secondhand tickets at a reduced price is to buy them directly from the original buyers. The “tickets” section on Craigslist is full of listings for tickets to all kinds of events, such as concerts, sports matches, and festivals.

Some of the sellers are people who bought a bunch of tickets, only to realize they can’t make it to the event after all. Others are season ticket holders who have to miss one game or show out of a series and are willing to sell that ticket at a low price. The closer you get to the day of the event, the more likely you are to find someone who has at least one ticket going unused.

However, you have to be careful when buying tickets this way. Otherwise, you could fall victim to a Craigslist scam involving fake or canceled tickets. Here are a few ways to protect yourself:

7. Work for Your Seat

If you can’t afford to buy tickets for a show, sometimes you can earn them by doing a service. Here are a few ways to do this:

8. Get a Seat Filler Membership

Venues hate to leave seats empty for a show if they can avoid it. One way they dispose of unsold seats as showtime approaches is by selling them at rock-bottom prices to “seat filler” organizations, such as On the List. These organizations charge members an annual or monthly fee in exchange for access to tickets at little or no cost.

Some seat filler organizations are specifically for theater tickets, while others offer tickets to a wide range of events, including concerts, comedy shows, sporting events, and expos. It’s not a good way to get tickets to a specific show, but it’s a great way to see a variety of shows and events at a low cost. To find one in your area, do a search for “seat filler membership” with the name of your city, or visit the Seat Filler Network site. 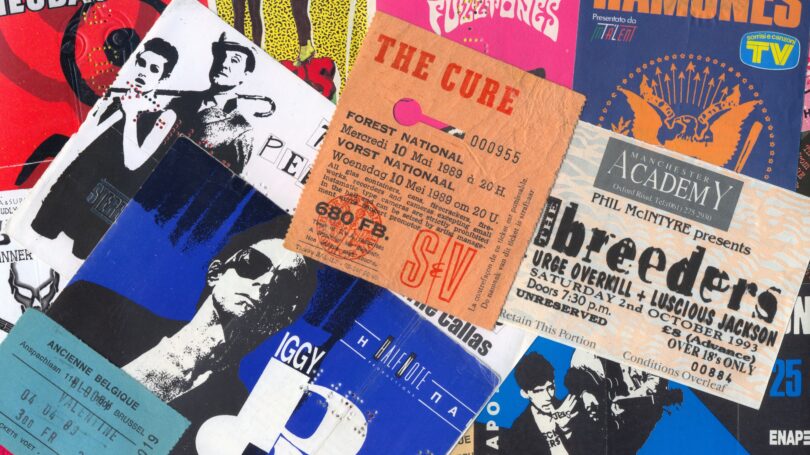 If you’re a high school or college student, you can get special deals on “student rush” tickets. These are tickets that venues sell at the last minute – sometimes as little as 30 minutes before showtime – exclusively to people with student IDs.

There are several ways to win free or discounted tickets through contests and sweepstakes. Of course, this isn’t a very reliable way to get tickets, but you have nothing to lose by trying.

Here are some places to try your luck at winning a ticket:

It pays to be careful when you’re shopping for cheap event tickets. There are a lot of scammers out there selling fake tickets, especially for popular shows like “Hamilton.”

One way to protect yourself is to buy from a licensed reseller like StubHub, who watches for scams. As Money magazine explains, sites like these have security teams who check their listings regularly to weed out bogus tickets. You can also protect yourself from fraud by paying with your credit card. That way, if the tickets turn out to be fake, or if they never show up at all, you can dispute the charge and cancel the payment.

What’s the best price you ever paid for tickets to an event? How did you get them?