How DJ MLK Hustled His Way to Becoming T.I.’s DJ Music is a universal language. DJs speak that language in a way no one else can, translating moods into irresistible grooves. And they can get rich by doing it.

“I had a choice: Leave my hometown and go to class the next morning, or go to the airport [to DJ for T.I.]. I chose to not go to school that morning.”

If you want to know how to get a piece of this pie, take a look at 32-year-old Marlon L. King, better known as DJ MLK. Thanks to hard work, ambition, and business smarts, he’s been the official DJ for hip-hop legend T.I. since 2007 – and he’s now making the type of money that attracts unwanted attention.

“I wish I could tell you [how much I make], but I don’t want my Instagram to get blown up,” King told Money Crashers with a laugh.

DJ MLK’s opulence came from sacrifice and an unstoppable drive. He shares with Money Crashers how he got to where is now, including why he decided to walk away, at 20 years old, from making more money every weekend than most adults around him at the time. (Spoiler alert: This risky move worked out.)

If you dream of becoming a DJ with more money than you care to confess, here are the big takeaways you can learn from DJ MLK’s success story.

The Main Ingredient Is Hustle

In the early to mid-2000s, King wasn’t your average college student. The Washington, Georgia native was attending American International University Atlanta and majoring in information technology. He was also traveling hundreds of miles every weekend to pursue his dream of being a DJ.

“When I first moved to Atlanta,” he says, “I used to be in the city from Monday through Thursday. I was also going back to my hometown on the weekend, selling mix CDs, three for $10, and throwing parties.”

Those 90-minute drives from Atlanta to Washington routinely resulted in the then 20-year-old returning to school with upwards of $4,000 each weekend. For a college student, King was living like his surname suggested, making more money in a weekend than the average worker in Georgia made in an entire month at the time.

Sacrifice Can Lead to Success

Despite his financial success, King wasn’t satisfied. He knew he was leaving money on the table by doing what most college kids did and staying close to home. He says, “I had to self-check with myself, where I was like, ‘If you’re really going to apply your grind to Atlanta, you can’t keep going back home.'”

At the time, Atlanta was becoming the epicenter of all things cool in the music industry, thanks in large part to chart-dominating artists such as Usher, Lil Jon, and King’s future employer, T.I. Clubs in Atlanta were bustling seven days a week. King’s weekend trips to Washington seemed less and less appealing since “in Atlanta, [it was] a weekend every day.”

After networking throughout Atlanta, he was able to score a gig as a mix show coordinator for T.I.’s “Screamfest” tour. It meant taking a short pay cut, but it would lead to bigger riches.

Seize Opportunity When It Comes

The “Screamfest” tour, headlined by T.I. and rising Atlanta superstar Ciara, ran for 20 dates from August to September 2007. For the first half of the tour, King connected with radio DJs in each city they stopped at, making sure each station had T.I.’s latest records to play.

At the tour’s halfway point, T.I.’s road manager Clay Evans called King at home in Washington and told him he wanted King to be T.I.’s full-time DJ for the second leg of the tour. The catch? He had to be ready by the following day.

“I had a choice,” King says. “Leave my hometown and go to class the next morning, or go to the airport. I chose to not go to school that morning.”

King may have officially been T.I.’s DJ, but he quickly learned that being attached to an artist doesn’t translate to riches if your brand isn’t known. “When I first started out with [T.I.], I was getting $250 [per show],” he says. “I was still an unknown DJ.”

After his first tour with a big-name artist, King was able to diversify his income thanks to his relationship with club promoters. He made money from T.I.’s record label for being the rapper’s DJ and hosted mixtapes with popular Atlanta DJs Black Bill Gates and DJ Scream. For one mixtape hosting gig alone, King can now charge artists between $3,500 and$4,000, roughly what he was making traveling hundreds of miles, deejaying for hours, and personally handing out CDs back home.

Soon after his big break, King’s main source of income was in jeopardy. On October 14, 2007, T.I. was arrested. In March 2009, he received a year-and-a-day prison sentence for gun possession. T.I. still performed for over 18 months after his arrest, but King knew that would stop once the rapper began serving his prison sentence.

That’s when the rising DJ learned a valuable lesson he preaches to others to this day: Leverage star power, but don’t depend on it.

“I tell a lot of my DJ buddies that are associated with a significant artist that you need to have a relationship with that artist and not just a job. If you’re more than a DJ, more will be offered to you,” King says. “If you’re in a significant city, and you’re deejaying for an artist from that town, you should have a resident spot somewhere. That’s on you from there. I see that a lot. This DJ deejays for this artist, but he ain’t active in the city. He’s only active if he’s with that artist.”

Be Smart About Networking 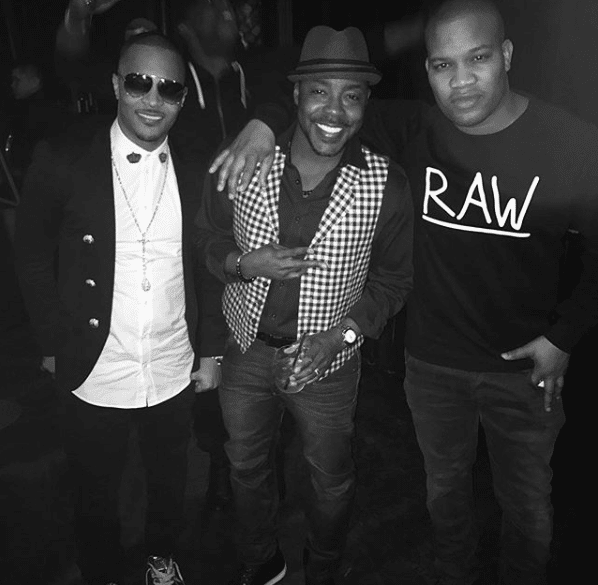 King says that, for a DJ to leverage an artist’s star power for their own financial benefit, they must always have their mindset on business. Every city a DJ visits on tour, and every club promoter they run into on the road, should be treated as a networking opportunity.

However, there’s a stadium-sized gap between networking and mindless schmoozing to impress your Instagram following. King says that while aligning yourself with popular club promoters is an integral part of growing your DJ brand, it can hurt your asking price if you don’t do it right.

Even with your business in order, established relationships with promoters, and a recognizable brand, there are still ways to lose out on money if you’re not careful.

King warns, “You can be a popular DJ, and a dude that just wants to be in the mix, an upcoming DJ, may tell the promoter, ‘You can give me $200, and I can come in and do this and do this.’ Next thing you know, your time is cut and you’re out of the building. It’s that cut-throat.”

In other words, don’t rest on your success. Be prepared to keep hustling.

If you dream of having DJ MLK’s success, then let his story be a lesson to you. The money is there, as long as the drive and determination are too.

Do you dream of becoming a DJ? What are you doing to make it happen?

Keith Nelson Jr.
Keith Nelson Jr is a music/tech journalist making big pictures by connecting dots. Born and raised in Brooklyn, NY he graduated from Syracuse University with a Bachelor's Degree in English & Textual Studies. Keith keeps a critical eye on all transgressions in the music technology field.