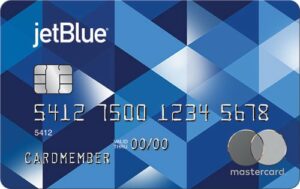 This offer is no longer available.

JetBlue Plus Card is an airline credit card with a $99 annual fee. Backed by Barclaycard, it’s designed to reward frequent JetBlue flyers with accelerated TrueBlue point earnings and offers enhanced TrueBlue earnings for frequent diners and grocery shoppers as well. In addition, JetBlue Plus Card has a slew of practical and luxurious perks for frequent travelers, especially those who spend heavily with this card. Its sign-up bonus isn’t half bad either.

If you live close to a JetBlue hub and plan to (or already do) fly extensively with the airline, this card is absolutely worth a hard look. If you’re merely an occasional JetBlue flyer, or prefer not to put all your eggs in one airline basket, annual-fee-free JetBlue Card might be a better fit.

For a limited time, earn 50,000 bonus TrueBlue points when you spend at least $1,000 within 90 days (three billing cycles) of opening your account. That’s reliably good for a long-haul domestic round-trip (for example, from New York to Seattle), depending on fares’ dollar cost.

Keep in mind that point values are directly tied to redemption flights’ dollar cost, so the number of points required to redeem for award travel can vary considerably based on factors such as demand, flight distance, time of day, date, and more. For instance, a one-way flight from New York to Chicago requires anywhere from 7,000 to more than 15,000 points, based on a constant point value of approximately $0.015 apiece. As a general rule of thumb, expect to set aside up to 50,000 TrueBlue points for long-haul domestic round-trip flights.

TrueBlue points can also be redeemed for JetBlue Getaways vacation packages, which can include expenses beyond airfare, such as lodging and rental car expenses. Additionally, TrueBlue points can be redeemed for newspaper and magazine subscriptions. However, these methods usually undervalue points by a significant margin relative to award travel. On every award travel redemption, you earn a 10% TrueBlue points bonus to be used toward your next redemption – for instance, if you redeem 30,000 points for a round-trip flight, you get 3,000 points back.

Every year your account remains open and in good standing, you receive 5,000 bonus TrueBlue points on your account anniversary.

When you purchase a JetBlue Getaways vacation package worth $100 or more with your JetBlue Plus Card, you get a $100 statement credit. This benefit is only good for one vacation package per calendar year.

When you spend at least $50,000 in a calendar year, you automatically qualify for JetBlue’s TrueBlue Mosaic, a coveted loyalty status. Mosaic benefits include cancellation and change fee waivers; first and second bag free for status holder and others on itinerary; early boarding; complimentary in-flight alcoholic beverages; and 15,000 bonus TrueBlue points upon Mosaic qualification. Normally, Mosaic qualification requires either at least 15,000 TrueBlue flight base points or 12,000 TrueBlue base points plus 30 JetBlue flight segments.

This card comes with a 0% APR for 12 billing cycles on qualifying balance transfers made within the first 45 days of account opening. There is no introductory promotion for purchases.

This card comes with a host of benefits for JetBlue travelers, including 50% discounts on certain in-flight purchases (including food and beverage) and a free first checked bag for the cardholder and up to 3 companions.

The JetBlue Plus Card is a pretty generous rewards credit card. Cardholders who frequently fly JetBlue are likely to offset the $99 annual fee through reward travel alone. Very frequent travelers, as well as cardholders who take full advantage of its fringe benefits, are sure to find the annual fee to be a bargain.

That said, the JetBlue Plus Card can’t compete with the airline rewards credit card world’s crème de la crème – cards such as Citi Prestige and the Platinum Card from American Express. Those cards’ annual fees typically swell into the $400 to $600 range, but they also come with luxurious benefits (including, in most cases, complimentary airport lounge access) that make JetBlue Plus’s benefits look pedestrian by comparison.

JetBlue Plus is a great card for JetBlue loyalists, but if you want a truly exclusive travel experience, you need to set your sights a bit higher.

JetBlue Plus Card is ideal for frequent travelers who use JetBlue as their primary airline and JetBlue Plus Card as their primary credit card. When its benefits are used to the fullest extent – especially if and when you’re able to cross the $50,000 annual spending threshold – this card more than earns its $99 annual fee. On the other hand, occasional travelers who don’t earn enough rewards to offset the annual fee and don’t care about this card’s other benefits are better off sticking with the annual-fee-free JetBlue Card.

The annual fee, limited redemption options outside JetBlue ecosystem, and variable redemption requirements count against. Overall, a great card for frequent JetBlue flyers who can outspend the annual fee. 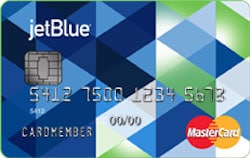 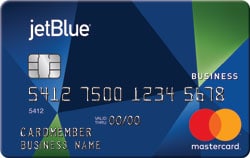 What is the best airline credit card?

See the full answer »
Capital One