How to Prevent Lawsuits – What to Do If You Are Sued

Few things are as vexatious as the receipt of a notice that you’ve been sued. Some liken the experience to being somewhere between being fired and losing your home. Being sued is highly personal, guaranteed to elevate your blood pressure, upset your stomach, and set off a headache. Unfortunately, there were more than 15 million lawsuits filed in the United States last year, about one for every dozen adults.

Of course, being sued doesn’t mean that an issue actually has merit, especially when you consider these frivolous lawsuits filed in 2011:

Practically speaking, anyone can sue anybody with or without cause by simply completing a few forms and paying minimal court filing fees, generally less than $200 for most matters in most states. While lawyers are ethically prohibited from engaging in “conduct involving dishonesty, fraud, deceit, or misrepresentation,” the definition of a “frivolous lawsuit” – a lawsuit that is without merit due to a lack of supporting legal argument or factual basis – is widely interpreted; in fact, it’s so broad that virtually any complainant can get to court.

America: The Land of Lawsuits

Americans, in general, are hesitant to restrain citizens from seeking redress through the legal system, even though the result is extended court dockets, excessive costs ($233 billion annually, according to the Association of Trial Lawyers of America), and enormous stress on the participants.

In the last half-century, the number of lawsuits has exploded for the following reasons:

Sadly, once you’ve been served, circumstances move beyond your control, dictated by the requirements of the legal system. The most probable outcome is that you will spend money and time defending yourself before being in a courtroom or settling the matter.

Steps to Take If You Are Sued

Many people, upon learning that they’ve been sued, immediately contact the plaintiff or his attorney to explain that a lawsuit is unnecessary, the facts have been misinterpreted, or another person is to blame. Don’t make this mistake! You can only harm your case and convince the other side that you are vulnerable.

Instead, implement the following actions:

If you have liability insurance, contact your insurer as soon as possible to alert them about the lawsuit. They clearly have a financial interest in the outcome and must be advised of the action.

Remember, however, that their first interest is to protect the insurance company, not you as an individual. Your and their interests are not perfectly aligned in the beginning. Some insurers have been known to “throw their clients under the bus” if it avoids their having to pay out significant sums.

You need your own hired gun, an attorney who has been tested in previous court battles and understands the pitfalls of a court case, as well as the potential strategies of the plaintiff’s attorney. In most lawsuits, the winner is not the person who has the facts on his side, but whose explanation of those facts makes the most logical sense. Good attorneys are storytellers, and the best tell simple, believable, and sympathetic narratives.

Once you’ve been served in a lawsuit, do not destroy any information that could be remotely connected to the matter in dispute. The information includes electronic data such as emails, accounting records, files, memos, or notes, as well as their paper counterparts.

Collect and review the information to be sure you recall the facts as well as the surrounding events leading to the plaintiff filing suit. Don’t talk about the case or any information about the case with anyone other than your attorney because your conversations may not be “privileged” – protected from disclosure to the other side.

Your attorney will advise you on how to proceed, what information to collect, and what information may be safely destroyed. Physicians and health professionals need to be particularly aware of HIPPA provisions regarding patient confidentiality.

During the discovery phase of the process – before you go to court – you will be asked for all types of information, including data which may not appear to be relevant to the lawsuit. During depositions, you and any witnesses for your side will probably be questioned about intimate details of your lives, businesses, and relationships. You are certain to be offended at some point or another, perhaps many times. Plaintiff attorneys know that emotions lead to mistakes, the most common during a deposition is to talk too much, volunteer details, or attempt to justify your actions.

Trust your attorney. He or she will object to providing information during discovery which isn’t germane or relevant to the lawsuit, and will intervene during depositions when matters go too far or get heated. Stay calm and follow your attorney’s directions.

Lawsuits can take years to come to actual trial or before realistic settlement offers are made. Fortunately, time is generally on the side of the defendant – your side. The plaintiff has to undergo the same discovery process as you do. In most cases, the plaintiff is paying his attorney an hourly fee to pursue the case; in other cases, the attorney is representing the plaintiff on a contingency basis whereby he or she only gets paid if the plaintiff wins.

In either case, the other side has to spend money without the assurance that it can be recovered. Your legal representative knows this and will use it to your advantage as much as possible under the law.

Juries and judges are spectacularly fickle. As Norm Crosby said, “When you go to court, you’re putting your fate into the hands of 12 people who weren’t smart enough to get out of jury duty.” As a consequence, less than 5% of lawsuits end with a jury’s or judge’s decision; most are settled along the way.

During the process, settlement offers and counter-offers bounce from one side to the other in efforts to avoid a surprise adverse judgment. Be pragmatic about your position and whether the evidence supports a clear-cut decision in your favor. Weigh the financial and personal costs of continuing the litigation, whether you’re likely to achieve a better outcome than the settlement offer, and make your decision.

Of course, understanding the reasons you’re more likely to be in a future lawsuit is of little help once a lawsuit is filed. Knowing why won’t lessen your anger, calm your nerves, or protect your property.

However, during and after a lawsuit, you should take steps to minimize the possibility of future suits and the financial harm they might cause you. And if you’ve never been sued, do what you can to prevent such a thing from ever happening.

Review your business and personal practices to identify areas or actions that make it more likely that you will be subject to future legal actions. If possible, cease the activity or end the relationship. If it’s not possible to stop, change it to reduce your vulnerability.

For example, sexual harassment and age discrimination suits have become increasingly frequent in recent years, and are virtually indefensible if you are lenient with offending actions within your company. Employee education, the enactment, education, and implementation of nondiscrimination policies, and a publicized procedure to formally report actual or potential discrimination are minimal requirements.

2. Transfer the Legal Risk to Others

Common approaches to risk transfer include:

Plaintiff attorneys and bill collectors often complain about those people who are “judgment-proof.” In layman’s terms, these are people who have little or no assets exposed to creditors or judgments. Since there is little likelihood of financial benefits, plaintiff attorneys are reluctant to sue such people.

Reduce your allure to future claimants in the following ways:

Lawsuits are generally nasty, often personal affairs. Even if you’re successful in defending the claim against you, you will pay a price financially and emotionally. Hopefully, the incident will just be a minor pothole in the road of your life. Consider yourself a survivor, not a victim. Stop, repair the damage, and continue your journey.

Have you ever been sued? If so, what would you have done differently? 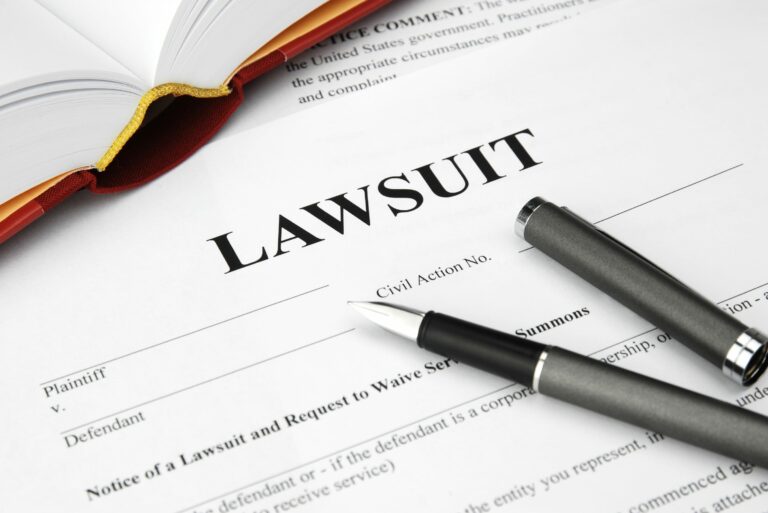 Real Estate How to Sue Your Landlord - Is It Worth It? 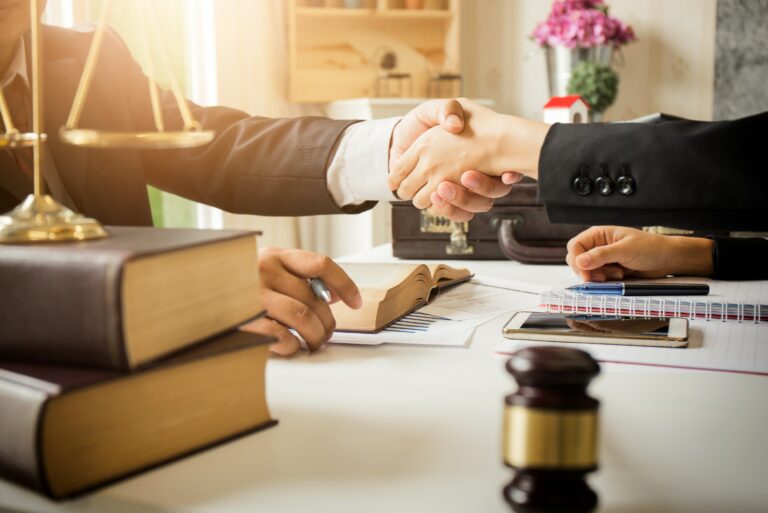 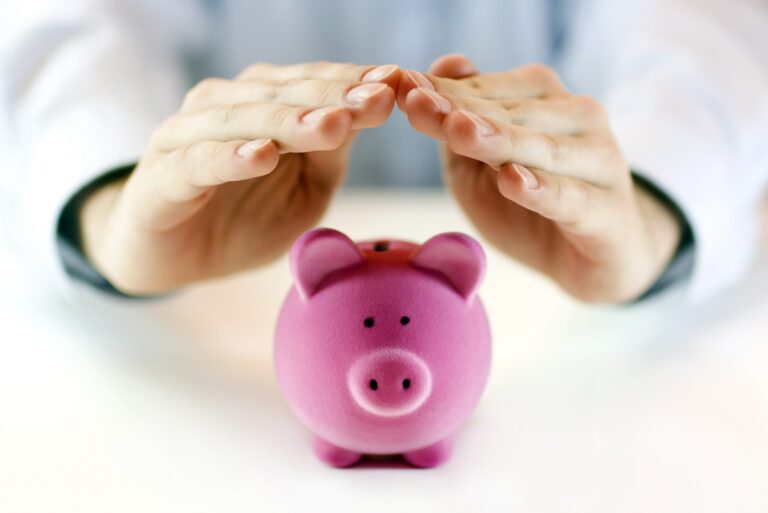 What is umbrella insurance, and do I need it?

What are the most common issues with buying rental property?