The Radisson Rewards™ Visa Signature® Card is a hotel rewards credit card with a $50 annual fee and a rewards program that favors frequent guests at Radisson hotels and resorts. The family has more than 1,000 properties in all, bearing recognizable names such as Radisson, Park Plaza, Park Inn, and Country Inn & Suites.

Cardholders earn 6 Radisson Rewards points for every $1 they spend at Radisson properties. In addition to paid room nights, qualifying spending includes rentals, incidentals, food, beverages, and more. All other purchases earn 3 points per $1 spent. On room nights, points earned with the Radisson Rewards Visa Signature come on top of the 20 base points per $1 that all Radisson members earn on paid hotel stays, regardless of whether or not they have a Radisson credit card.

New Radisson Rewards cardholders are automatically enrolled in the free-to-join Radisson loyalty program. They also receive automatic Radisson Rewards Silver status – whose benefits include discounts on on-site food and beverage purchases – for as long as they remain cardholders in good standing. Silver status holders also earn base points on paid stays, hotel food, and hotel beverages 15% faster than the regular rate, boosting base point earnings from 20 points per $1 to 23 points per $1. Note that the 15% point bonus doesn’t apply to points earned with the credit card, just base points to which all Radisson members are entitled.

Radisson Rewards Visa Signature also has a very nice sign-up bonus worth up to 6 free nights, plus annual bonuses for account loyalty and heavy spending.

You receive 50,000 bonus points when you make a purchase within 3 months of opening your account. You get an additional 10,000 points when you spend at least $1,500 within the same 3-month period, for a total potential sign-up bonus of 60,000 points. You need 9,000 points to redeem for a free night at Radisson’s lowest-tier hotels, so this bonus is worth more than 6 free nights.

In addition to the 23 base Gold Points that all Radisson Rewards Silver members earn on paid stays, food, and beverages at Radisson properties, Radisson Rewards Visa Signature users earn unlimited 6 points per $1 spent at Radisson properties, including on room nights, food, beverages, rentals, incidentals, and more. They earn unlimited 3 points per $1 spent on everything else, including non-Radisson travel purchases.

The best way to redeem points is for free nights at Radisson hotels. Redemption minimums start at 9,000 points per night for Category 1 properties, which typically go for less than $100 per night. Point requirements are greater for more exclusive properties – for instance, you need 15,000 points for a free night at a Category 2 property, and 70,000 points for a free night at a luxurious Category 7 property, where your room is likely to cost more than $400 per night. Though points do not have a fixed value, they’re generally worth $0.01 or less when redeemed for Radisson stays.

Using the Points + Cash option, you can also combine your points with cash for discounted nights – as few as 5,000 points for Category 1 properties, or as many as 20,000 points for Category 7 properties. The cash requirement varies by property, demand, and other factors, and remains unknown until you specify your travel dates and room preferences. However, it is roughly equal to the value of your points (at about $0.01 per point) subtracted from the cash rate for the specified property. These point values and other terms are subject to change, so refer to Radisson’s rewards program terms for the latest information.

If you don’t want to redeem for hotel nights, you can transfer points to approximately 20 airline partners, including Southwest Airlines, usually at a rate of 10 Radisson points to 1 airline mile. Radisson also lets you redeem points (65,000) to cover the cost of TSA PreCheck, though doing so really cuts into the value of your points. Finally, you can redeem for gift cards offered by various merchant partners, usually at less than $0.01 per point.

When you renew your account each year, you get 25,000 points in your account – good for nearly 3 free nights at the lowest-tier Radisson properties. You continue to earn this bonus every year in which you pay the card’s annual fee.

When you spend at least $10,000 in the 12-month period ending on your account anniversary date, you receive an electronic certificate (“E-Cert”) good for 1 free night at any Radisson property, including Category 7 properties. You’re entitled to as many as 3 E-Certs per year with each additional $10,000 spend during the same 12-month period ($30,000 maximum spend).

Radisson Rewards Gold status, the next step up the ladder, normally requires 35 paid nights in a calendar year. Its benefits include:

Bear in mind that these bonus nights do not apply to cardholders who were not Silver Elite members at sign-up.

Radisson Rewards Visa Signature has some non-Radisson travel benefits backed by Visa. They include:

This card has some additional non-travel perks backed by Visa. These include:

An earning rate of 29 points per $1 spent on hotel rooms, food, and beverages sounds pretty great – and if you’re fiercely loyal to the Radisson brand, it probably is. However, before you rush out and apply for the Radisson Rewards™ Visa Signature® Card, remember that there’s usually more to the travel loyalty game than meets the eye.

When evaluating a hotel or airline loyalty program, always ask what you actually get for your points. Radisson Rewards points have pretty low values (on average) relative to points offered by more generous competitors such as Marriott Bonvoy. At identical rates of hotel spending, you’d therefore get more out of your Marriott Bonvoy membership (and any associated credit card, such as the Marriott Bonvoy Brilliant™ American Express® Card) over the long haul.

Then again, the fact that this card earns 3 points per $1 spent on non-hotel purchases is an argument in its favor, as many other hotel credit cards earn just 1 point per $1 spent on such things. So, if you use your Radisson card for a variety of spending, it can be very useful indeed.

The Radisson Rewards™ Visa Signature® Card is a great choice for frequent Radisson hotel guests. Its easily attained sign-up bonus is enough to cover the cost of a full workweek’s stay at basic Radisson properties. The annual loyalty and spending bonuses, plus automatic Radisson Rewards Silver status, offer additional incentives to keep the card around.

Conversely, Radisson Rewards Visa Signature has limited appeal for people who stay at Radisson properties occasional or not at all, nor those looking for more versatile redemption options and fee-free foreign spending.

Drawbacks include the $50 annual fee, poor redemption values on most redemption options, poor airline point transfer values, a 2% to 3% foreign transaction fee, and a relatively small family of hotel and resort properties.

Overall, this card works really well for loyal, frequent Radisson guests, but is safely ignored by everyone else. 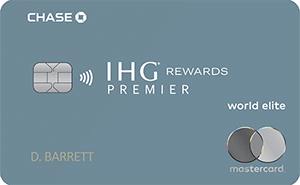