Uber Eats Review – Is This Delivery Driving Job For You?

Uber Eats is a popular local delivery app with a dense network of local merchants, many of which are small, independently owned businesses. These include restaurants, grocery stores, drugstores, liquor stores, and general-purpose retailers.

Operating in more than 100 metropolitan areas around the United States, Uber Eats is powered by a growing army of relatively well-compensated independent contractors capable of delivering most products an hour or less after they’re ordered.

If you’re looking to monetize your spare time by tapping into the gig economy as a delivery driver, Uber Eats is a great way to earn some extra cash. All you need is a car, bike, or scooter and a willingness to out-hustle your fellow couriers. According to the company, Uber Eats workers can earn $25 per hour or more in some markets at periods of peak demand.

Intrigued by the prospect of earning extra income with Uber Eats, one of the premier grocery and food delivery apps on the market? Read on to learn what to expect from the platform, what to watch out for, and how to maximize your earning potential.

If you’re willing to brave traffic, the elements, and the myriad pitfalls of the service industry, working as a Postmate driver is a great way to earn extra income outside of your day job, help pay the bills as you work toward a degree, or simply to fill the gaps between full-time positions.

As an Uber Eats courier, you’re classified as an independent contractor and aren’t entitled to a minimum wage or other protections afforded full-time employees. But during peak delivery times, drivers can make $25 per hour or more. Although these results aren’t typical, they’re not bad for a job that doesn’t require a four-year college degree or even much on-the-job training.

To make it through the initial round of the delivery agent application process, applicants need to meet some basic eligibility requirements:

Uber Eats applicants often have previous delivery experience. That could mean they’ve worked directly for a restaurant, delivered for a logistics company like UPS or FedEx, or picked up hours with direct competitors like Instacart or Grubhub. But it isn’t a prerequisite.

Uber Eats’ initial application takes just a few minutes. You need to enter some basic biographical and contact information, including your full name, address, vehicle type, and the make and model of your mobile device.

You also need to provide your driver’s license number and Social Security number, and consent to a background check and driving history check (for Uber Eats drivers with motor vehicles). Uber Eats doesn’t divulge what it looks for with these checks, but it’s safe to assume a recent felony conviction or pattern of vehicle accidents would be grounds for disqualification.

If you pass your background check, you’ll need to upload a profile photo and then wait for your Uber Eats delivery bag and prepaid debit card to arrive in the mail. You’ll pay for most pickups with this card. Once your card arrives, you’ll need to complete some final tasks and sign into the Uber Eats driver app for the first time.

If you’re approved to work as a delivery person, you can get to work right away. Whenever you want to make deliveries, simply indicate that you’re available in the app. When you open the app, you’ll see whether Blitz Pricing is in effect in your area (more on that below).

The delivery process is straightforward. For each accepted delivery, you’re shown the order’s complete contents and told where to pick it up. In most cases, the merchant receives the order well before your arrival and has it ready for you as you walk in.

However, it’s a good idea to call ahead to make sure this is the case and to check that the order is complete and correct once you arrive. Always ask for an itemized receipt from the merchant. It can come in handy if the customer disputes the accuracy of an order.

Under normal circumstances, you pay for pay-on-pickup orders with your Uber Eats debit card. Adding funds to this card is easy. If you find you’re out of funds when you arrive at the merchant, you should be able to execute a reload in a minute or two, with minimal impact on delivery timing.

For orders paid in advance, you simply confirm the order with the merchant and leave without exchanging any funds. You then take the goods to the customer, accept payment, and move on to the next delivery.

For each completed delivery, you’ll receive a payment broken down as follows:

Your entire account balance pays out via weekly direct deposits. Payments for activity during the prior Monday-to-Sunday period hit your linked account by midweek in most cases. If you need funds sooner, you can cash out to a linked bank account using the Instant Deposit feature.

Note that while you’ll always receive 100% of customer tips, you won’t receive all the fees the customer pays. Uber Eats keeps a significant cut of customer-paid fees to cover its own expenses.

Uber Eats does its best to exclude cash-only merchants from its platform, but screening isn’t 100% accurate. If you find yourself at a cash-only business, you can notify Uber Eats support and pawn the transaction off on Uber Eats itself.

You never have to pay for deliveries out of your own pocket and shouldn’t do so under any circumstances, no matter how much the merchant pressures you.

Uber Eats doesn’t have a lock on the local delivery market, of course. Opportunities to earn money by delivering everyday goods abound, thanks to:

Uber Eats’ top advantages for drivers include not requiring a car to work on the platform, potentially attractive pay, delivery fees proportional to distance, and demand pricing during busy periods.

How Driving for Uber Eats Stacks Up

How does driving for the Uber Eats app compare to driving for other popular delivery apps like Instacart? Let’s take a closer look.

According to the Bureau of Labor Statistics, the median U.S. hourly wage paid by private employers was right around $30 per hour as of early 2021. Many jobs that pay more than $25 per hour require a four-year (or longer) degree, union membership, or many years of workplace experience.

Workers without these advantages, including millions of adults who string together multiple retail and food service jobs to support their families, often make far less — under $10 per hour, in many cases.

From this perspective, working as an Uber Eats courier is an attractive proposition, even if it’s not a full-time gig. All you need is a bike or car, a strong work ethic, and a willingness to move quickly when the job demands it. That’s less than many other sharing economy gigs require and might be enough on its own to make Uber Eats worth it in your book.

Motley Fool Stock Advisor recommendations have an average return of 318%. For $79, or just $1.52 per week, join more than 1 million members and don't miss their upcoming stock picks. 30 day money-back guarantee. 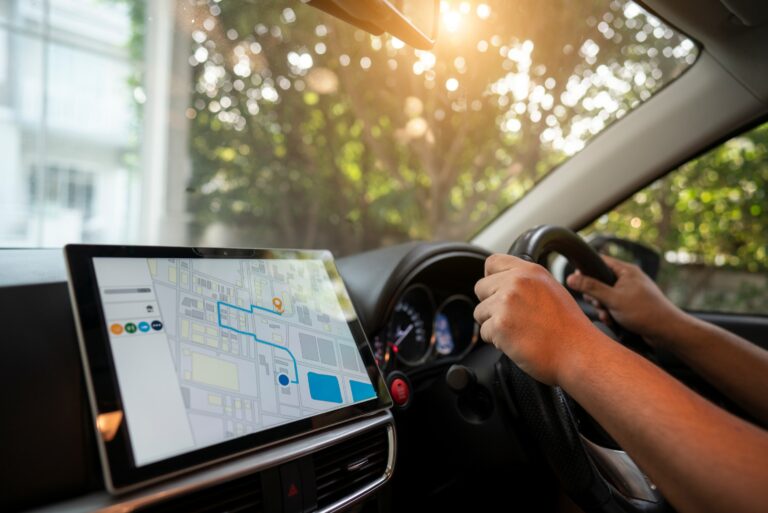 Extra Income 6 Ways to Make Extra Money With Your Car

Food & Drink 4 Best Food Delivery Apps - Which Should You Use to Order From?
Related topics

Which is better? Fetch Rewards or Ibotta?

What are some low-cost business ideas?

What are the best apps to find cheap gas?