The Efficient Market Hypothesis – Definition, Theory & What It Means For Your Investing

How often have you read or heard news about a major company like Apple or Google and felt compelled to buy or sell the company’s stock? You want to invest in a company with a promising future, but once a story hits the news, is it already too late?

For years, financial experts have debated the efficient market hypothesis, which assumes that stock prices effectively reflect news and information.

You need to understand the hypothesis before investing – especially if you react to business news.

Laws of the Efficient Market Hypothesis

Most securities markets run smoothly and efficiently because so many investors are buying stocks and selling stocks regularly. The market has to form an equilibrium point based on those transactions, so the efficient market hypothesis says that it’s difficult to use information to profit. Essentially, the moment you hear a news item, it’s too late to take advantage of it in the market.

But not everyone agrees that the market behaves in such an efficient manner. In the ongoing debate, three different forms of the efficient market hypothesis emerge, and each one has a lot of evidence to support it.

Professional studies analyze and verify how efficient these hypotheses really are. The debate will continue to rage, implying that markets are unlikely to be perfectly efficient or inefficient. As an individual investor you need to be aware of how efficiently markets process news and information.

The efficient market hypothesis isn’t absolute. While conducting these studies, researchers uncovered a few anomalies that challenge the rule. The holes in the theory are opportunities that you can exploit as an investor.

Different markets tend to operate with different degrees of efficiency. Experts usually consider government bonds the most efficient market, and large CAP stocks come in a close second. Other assets such as real estate are less efficient because not everyone participates with the same understanding and access to information.

Even among investors who believe in the efficient market hypothesis, most pros accept that different asset classes are riskier investments than others and therefore can yield higher returns. When you’re investing, you’re trying to find your balance of risk and reward. The experts debating the issue may help you find your comfort level.

In 1973, Burton Malkiel wrote A Random Walk Down Wall Street and asserted his strong support of the efficient market hypothesis. He said that a blindfolded chimpanzee could throw darts at the Wall Street Journal and choose investments that did just as well as the ones seasoned experts choose. He suggested investing in broad-based index funds that held all the stocks in the market and charged low interest rates.

Richard Spurgin, my business school professor, was a well-respected member of the financial community. He believed in the efficient market hypothesis, but he also addressed some market anomalies. He worked as a technical analyst – trying to predict future price movements of securities based on historical prices – right after he got his degree. Even as an advocate of efficient markets, he felt that there was an opportunity to profit from these strategies in certain situations.

Personally, I left business school feeling that the opportunity to make monumental returns from investing in the stock market wasn’t as great as I originally thought. I gave up my dream of becoming the next Warren Buffett. Despite the fact that the topic has been so strongly debated on both sides, I feel that the efficient market hypothesis has so much evidence to support it that the only way you can outperform the market is by taking greater risks.

Some investment portfolios may outperform the market in a given year, which of course doesn’t disprove the efficient market theory. Portfolios need to beat the market consistently to be considered extraordinary. So few investors have managed to have consistent success that I’m convinced the efficient market hypothesis is at least partly true. Portfolios that achieve 30% returns in a given year are amazing, but these same – risky – portfolios are likely to lose their gains the following year.

I follow Malkiel’s suggestions. If you take moderate amounts of risk and diversify your assets and stock investment portfolio, you’re much better off than you’d be placing all of your eggs in one basket. I don’t want to discourage you from analyzing a security, but don’t be cocky about your investing skills. If most full-time money managers can’t come close to beating the market, you probably don’t have a great chance either.

Decide for yourself how you feel about the efficient market hypothesis. Maybe you think you can beat the market. Just make sure you still look at the evidence and diversify. The last thing you want to do is invest all of your money in one security only to lose it. Remember, just one news story doesn’t give you the whole picture. Perform extensive research by utilizing some of the best stock market investment news and analysis sites. Securities markets are complicated, and you need to study plenty of variables to understand where a particular security is headed. 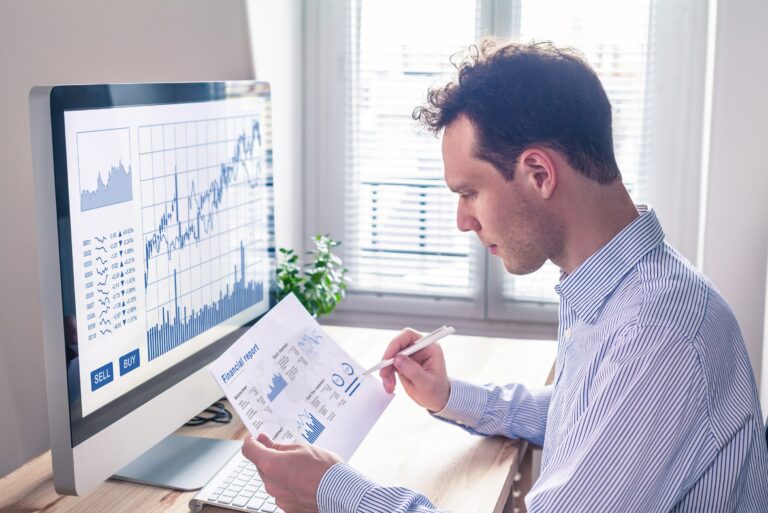