Warren Buffett’s investing principles have earned him the moniker of the “world’s greatest investor.”  It is a nickname that Buffett himself chuckles at, but when you are worth $36 billion, it is hard to dispute. However, it’s not the truth.

Warren Buffett did not become a billionaire as an investor, and he does not “invest” in the manner usually depicted in popular media. That may be a bold statement to make, but once you understand his actual techniques of accumulating wealth, then you will be able to begin running your own investments in a similar way.

The Truth About Warren Buffett

Buffett is not investor – he is an owner. An investor is a teacher who puts $100 a month into a mutual fund, or a salesman who takes his $2,500 bonus and buys Apple stock instead of going on vacation. An investor is the accountant who has 5% taken out of her paycheck to invest in her company’s 401k plans.

That is not what Buffett does. Warren Buffett buys enough stock to have himself placed on the boards of companies. Even in the beginning, when he was not quite a millionaire, the investment partnership he ran bought into a company called Sanborn Map Company, where he was made a board member. When you are a board member of any company, you can guide the company’s direction and the hiring or replacing of CEOs and CFOs. But this is not what you and I can do. You will not end up on the board of a publicly traded company by investing $100, $200, or even $1,000 at a time.

This point is important for two reasons. First, it takes some of the glow and allure away from what Buffett does. He does not just find an undervalued company, buy it, and sit back in Omaha to count the money he makes. Yes, he is meticulous about the companies he buys. However, early in his career, he got into the trenches, so to speak, and had an active hand in what many companies he invested in were doing.

Second, it emphasizes the fact that if you want wealth, you must be an owner. It’s true that you can save and invest a little over the long haul, and if we do not have a market crash like in 1987, late 2000, or 2008, then you might end up with a couple million dollars at age 65. If, however, you want that cash a bit sooner, then the best way is to own or be involved in ownership of a business.

Does Buffett “Buy and Hold?”

Buffett is used as an example by the media and financial advisors of why you should buy and hold. But the portrayal isn’t really accurate. When you buy and hold a stock, you buy it and hold it no matter what. It does not matter if there is good news or bad news, a Democrat or Republican president, a recession or an economic boom. You hold the stock through good times and bad.

Buffett, on the other hand, buys for specific reasons, and when those reasons are no longer present, he sells. Known as a value investor – one who buys stocks that have a low price-to-earnings ratio – Buffett looks for good prices, sound management, and a competitive advantage. For example, in a 1996 letter to shareholders, he cited GM, Sears, and IBM as companies that were great, but could not stay competitive in their marketplace, and so they would have been companies to dump out of a portfolio.

Buying a stock and holding it forever is not what the Sage of Omaha does. Of the first 20 companies in which Buffett invested, the only one he still holds is Berkshire Hathaway, and that is probably only for its name. Each of the other 19 he no longer owns. Yet, we have writers, financial advisors, business news heads, and self-proclaimed investment educators who tell you to do just that. But if the world’s richest “investor” does not do that, why should you?

Though you probably won’t have an ownership interest in the companies in which you invest, you can follow Buffett’s approach to generate more profits and reduce losses. The steps are simple to understand, though they may not be easy to implement: 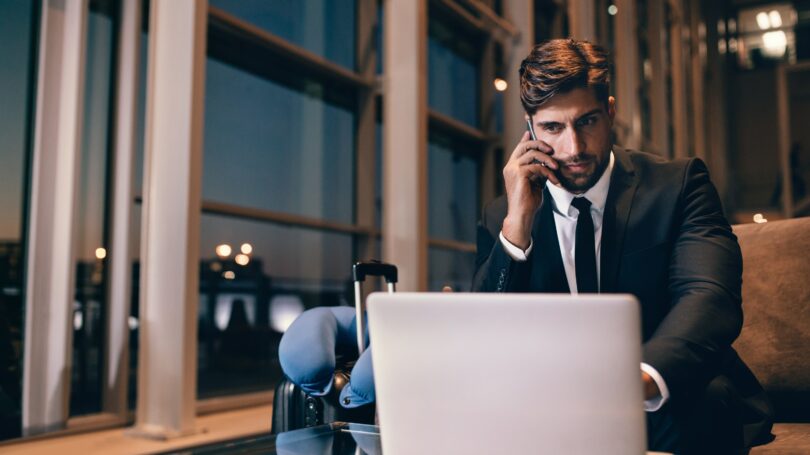 At the end of 2004, you could have bought Apple at $32 per share. Your reason for making this purchase could have been that you saw the wave of the iPhone and iTunes, and these products were dominating the market. At the end of 2008, the market was down, and Apple went down as well, dropping from $172 a share to $97 a share. However, the reasons to buy Apple had not changed, so it would have been smart to keep your shares and even buy more.

Apple is now trading at $680 a share. Contrast that with Yahoo! It used to dominate the world of search engines, and then a little company called Google appeared. Now, Yahoo! cannot compete, having lost market share that it will not get back. If you bought Yahoo! because it dominated the Internet search space, then now is far past the time to sell. So why would you buy and hold it? Warren Buffett would not.

Warren Buffett does not pay attention to day-to-day stock prices, and he does not particularly care about what the press has to say. Furthermore, he could care less about the newest technology.What he wants to know is if he understands the business. Is it undervalued? Is it making money? If the answer is affirmative to those queries, then Buffett buys. If five years later any of that changes, he sells. Plain and simple.

This is how to invest like Warren Buffett. This is not his specific criteria, but outlines his discipline in sticking to his investment rules and principles. His criteria could be yours, or you could be a more technical investor who uses math and stock charts. Regardless of what criteria you set, you may not end up a billionaire, but you will have fewer losses in some investments, and more profits in others.

Kiara Ashanti
Kiara Ashanti is a former financial advisor, securities trader, and writer in Central Florida. He has written for Black Enterprise Magazine, Active Trader Magazine, and Atlanta Post, and has even appeared on The Oprah Winfrey Show. Kiara covers the areas of business, investments, and personal finance.