If you’re like most people, you spend around 40 hours each week working to earn a living. You may not enjoy it much, but at least it’s a fair trade-off: your time in exchange for the money you need to live.

What you may not notice is how holding down a job can use up your money as well as your time. If you’re a parent, for instance, you probably have to hire someone to look after your kids while you’re at work. Commuting to work, whether by car, bus, or train, also takes money. And for many jobs, the cost of a professional wardrobe and weekday lunches take up hard-earned cash as well.

All these expenses can take a surprisingly big bite out of your paycheck. In “The Complete Tightwad Gazette,” Amy Dacyczyn crunches some numbers for a couple with two working parents earning salaries of $40,000 and $25,000. She finds that nearly all of the smaller income is eaten up by taxes, childcare, commuting, and wardrobe costs, leaving less than $4,000 annually in the couple’s pockets.

Having to work isn’t always fun, but paying to work really adds insult to injury. Fortunately, you can fight back by finding ways to cut the hidden expenses that come with a job.

If you have kids, paying for their care is probably your biggest job-related expense. According to a 2015 survey by Care.com, a company that matches families with care providers, keeping two children in daycare costs $341 per week – more than $17,700 per year. For most families, childcare is the biggest single expense in the budget, costing even more per year than housing.

Here are several ways to keep this cost under control:

Commuting to work is a double whammy. It adds time to your workday – about 26 minutes each way on average, according to the U.S. Census Bureau as reported by USA Today – and also takes money out of your wallet. However, you can use a variety of strategies to cut your commuting costs – and possibly make better use of your time.

According to the Census Bureau, about 86% of all workers drive to their place of employ. This means that each workday, they pay not only for gas and tolls, but also for all other costs of owning a car, including depreciation, maintenance, and insurance. If these costs add up to $0.575 for each mile driven – the amount the IRS allows you to deduct for each mile you drive for business reasons – then a commute of 15 miles each way costs a whopping $17.25 per day, or more than $4,300 per year.

Here are a few ways to whittle that number down:

Not all workers have the option of taking public transportation to work. It’s really only possible if you both live and work in a city, or close enough to one to be within reach of its transit system. However, if you’re fortunate enough to be in this situation, you can save a lot by using mass transit instead of having a car.

In New York City, for instance, a 30-day unlimited pass for the MTA transit system costs $116.50, which works out to $1,417 per year. That’s a lot less than the $9,100 Consumer Reports magazine cites as the average annual cost of owning a car. On the other hand, if you already own a car, driving it to work could be cheaper than taking the subway. A five-mile trip at $0.575 per mile costs $2.88, while a one-way subway fare costs $3.00.

However, even if it doesn’t save you money, commuting to work by bus or train has other advantages over driving. Since you don’t have to focus on the road, you can spend your commute time doing something you enjoy, such as reading, knitting, or even watching a movie on your phone. You also get a bit of exercise walking to and from your stop and some social contact from chatting with other riders. A 2014 study at Great Britain’s University of East Anglia found that workers who take public transportation to work feel better during that time than those who drive.

Walking or Biking to Work

If you live close enough to your workplace, you can save on commuting costs by walking or biking to work. A bike is much cheaper to buy and maintain than a car, and it doesn’t require any fuel. As for walking, it has no expenses at all except wear and tear on your shoes.

Using foot power to get to work offers other benefits as well:

Of course, walking or biking to work has some drawbacks, too. It’s not as fast, so unless you can take a much more direct route on foot or by bike than you can in the car, you need to allow extra time for your commute. It also isn’t practical in heavy rain or snow, and in hot weather, it means you arrive at work all sweaty. Plus, in some areas, there simply aren’t any safe or legal routes for bikes or pedestrians.

Fortunately, there are ways to get around most of these problems. You can search online for bike maps of your area to help you find a safe and direct route to your workplace. Since walking or biking to work is a workout in itself, you can skip the gym on the days you do it, saving you time. And on hot days, you can carry a change of clothes in a backpack and change in the restroom at work, so you look presentable when you start your workday.

In many office jobs, the clothes you wear on the weekend just won’t pass muster at work. Plus, business clothing is pricey. A decent men’s business suit costs around $300, plus another $50 to $100 for tailoring to get the fit just right. A shirt and tie add another $30 or so, and business-appropriate shoes tack on another $100 or more. All told, a basic business wardrobe of three suits, shirts, and ties, plus one pair of shoes, comes to more than $1,300 – and that’s not including the cost of dry cleaning.

Here are a few strategies to keep the cost of your work clothes under control:

Eating lunch out every day is an expensive habit. A 2012 study by the job-search site Accounting Principals shows that two out of three American workers buy their lunch on workdays, spending an average of $37 per week – more than $1,800 per year. On top of that, roughly half of them have a coffee habit that costs them $20 per week, or $1,000 annually.

A brown bag lunch is a much cheaper alternative – and it’s often healthier as well. When you eat out every day, the quickest options are often fast foods like burgers or pizza, which aren’t known for their nutrition value. By contrast, when you pack your own lunch, you control exactly what goes into it, so it’s easier to load up on fruits and veggies or go easy on the mayo.

A packed lunch doesn’t have to be the same old peanut butter sandwich you took to school as a kid. Food magazines and websites like Eating Well and Family Fresh Meals offer plenty of inexpensive alternatives you can fix at home for $1 to $3, such as the following:

If you can’t bring yourself to pack a whole lunch every day, at least try bringing your own drink to accompany your meal. Most drinks at a cafeteria cost at least $1, which adds up to $250 over a year’s worth of lunches. By contrast, you can buy cans of soda at the supermarket for as little as $0.20 each – or bring a reusable bottle full of tap water for free.

While you’re at it, try bringing your own coffee to work if you’re a coffee drinker. Daily Finance calculates that you can brew a decent cup of coffee at home for around $0.18. Replacing just one $2.29 Starbucks coffee every day with a homemade alternative saves you more than $500 per year.

Some workers can’t take advantage of all these tips, but nearly every worker can take advantage of some. For parents with young kids, childcare is probably the biggest expense, so finding ways to cut that cost offers the best chance for savings. Commuting costs are the next-biggest item on the list, at least for those who drive to work, and lunch comes in a distant third.

However, when looking for savings, you have to consider not only where you spend the most, but also which cuts are easiest to make. That factor moves lunch right up to the top of the list. Finding cheaper childcare or biking to work isn’t practical for everyone, but pretty much any worker can pack a brown bag lunch.

What are some of the ways your job costs you money? What steps are you taking to keep those costs under control?

Careers Stay at Home Mom vs. Working Mom - What's Right for You? 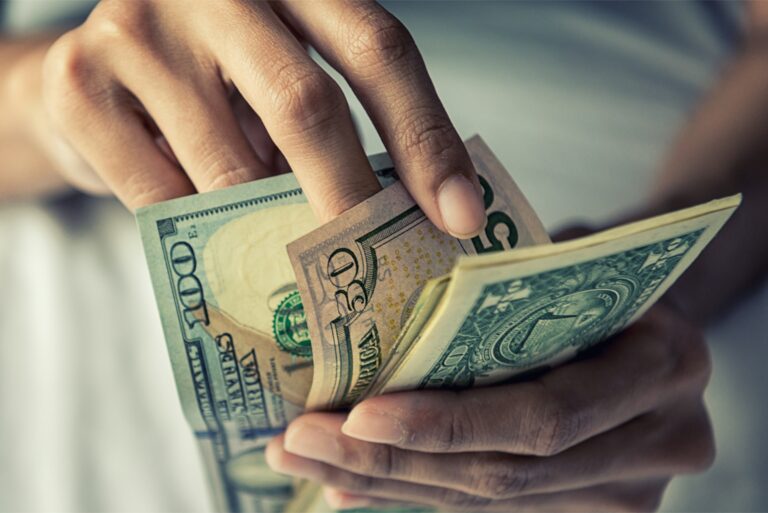 Careers How Much Does Your Job Really Pay? - Calculating Your Hourly Wage

Careers Job Search Expenses - How Much to Spend on Travel, Attire, Education & More 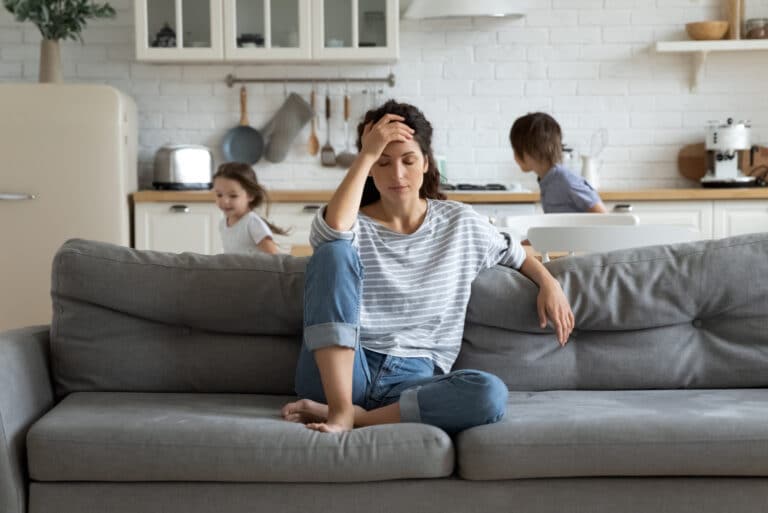 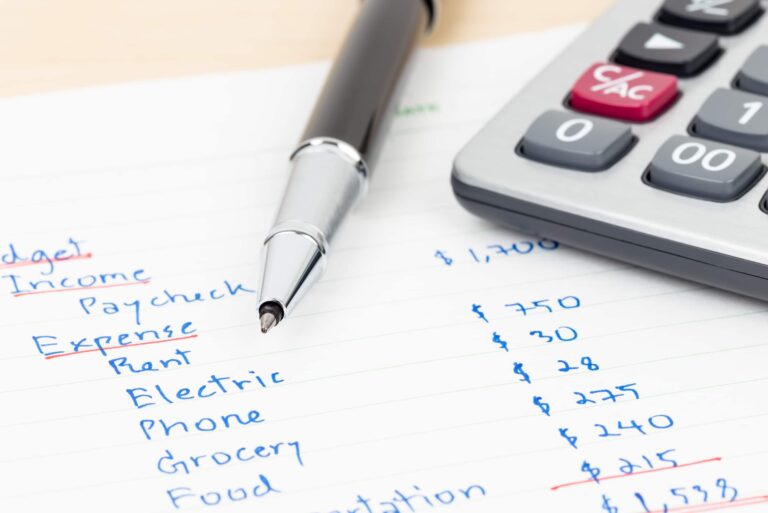 Budgeting 10 Steps to Switch to a Single-Income Family