When it comes to your federal income taxes, you pay the same rate no matter where you live, but each state – and sometimes locality – can set its own tax rules that apply to its residents. That means the property taxes, state income taxes, and sales taxes Florida residents pay differ vastly from those that California residents pay.

For some states, property and sales taxes are their primary sources of revenue; in fact, several states don’t collect income tax at all. At first glance, it might seem as though moving to one of those states would be a smart financial move, but it’s important to look at the whole picture. A state with no income tax may assess high property taxes on homeowners, and a state with no sales tax may have a higher income tax than surrounding states.

These are various types of taxes states collect and where those taxes are highest and lowest in the United States.

States have different ways of assessing taxes on real property, such as land and buildings. Some base taxes on the fair market value of the property, while others base them on an assessed value determined by a state or county assessor’s office. Some states cap the degree to which a property owner’s taxes can rise in a given year, and others offer abatements to senior citizens.

Property tax rates are set by a number of taxing authorities, including states, counties, cities, school boards, fire departments, and utility commissions. That makes it difficult to compare property taxes from state to state since the rate paid by residents in one city may differ greatly from residents in another part of the same state.

The five states with the lowest per-capita property tax collections were:

According to the Tax Foundation, the five states with the highest average combined state and local sales tax rates are:

The five states with the lowest average combined rates are:

If you’re planning a big shopping day and live in a state or municipality with a high combined sales tax, it might be worth it to drive to a lower-tax state or municipality. For example, Chicago-area consumers tend to make major purchases in the city’s surrounding suburbs or online to avoid Chicago’s 10.25% sales tax rate.

Have you ever wondered why Florida and Nevada are popular spots for retirees? Apart from the warm weather, these states don’t collect any income taxes. Alaska, South Dakota, Tennessee, Texas, Washington, and Wyoming also don’t collect income taxes. New Hampshire only collects income taxes on passive income from interest and dividends.

Of the states that do collect income tax, how they tax residents’ income varies widely. Thirty-two states levy graduated income tax rates similar to federal tax brackets, although brackets differ widely by state. No state has a single-rate tax structure in which one rate applies to all taxable income.

According to the Tax Foundation, the five states with the highest top marginal individual income tax rates are:

The five states with the lowest top marginal individual income tax rates are:

Another way for retirees to lower their tax burden is to relocate to a state that doesn’t tax Social Security benefits. While the federal government taxes up to 85% of benefits, depending on your other income, the District of Columbia and 37 states – including the nine with no state income tax – exempt Social Security from taxable income.

If you live in one of the 13 states that tax Social Security benefits, check with your state’s department of revenue to learn how your state imposes income tax on retirement benefits.

For many retirees, Social Security income is just one piece of the retirement income puzzle, so before you pack up and move to a state that doesn’t tax Social Security, learn more about how that state taxes other retirement benefits. For example, some states that exclude Social Security benefits from taxation fully tax distributions from retirement accounts such as IRAs and 401(k)s.

Some states give retired military personnel a tax break, exempting some or all of their military pension benefits from taxation. The following states don’t tax military retirement pay but do have a state income tax:

Other states that tax residents’ income might allow taxpayers to exclude a portion of their military retirement benefits from taxable income or offer other considerations, so check with your tax professional or your state’s department of revenue for more details.

With all of the differences between states, do the citizens of any state come out significantly ahead of or behind the pack?

In 2020, WalletHub compared all 50 states across the three types of state taxes – property, income, and sales and excise taxes – as a share of total personal income in the state. The five states with the highest overall tax burden are:

The five states with the lowest overall tax burden are:

If you’re thinking of relocating to a new state for a new job or a change of scenery, it’s worth it to consider the total tax burden in that state before you make a major move.

The state where you live has a significant impact on your finances. Taxes aren’t the only factor to consider when choosing where to live. You’ll also want to look at job availability, housing costs, and climate, among other things. 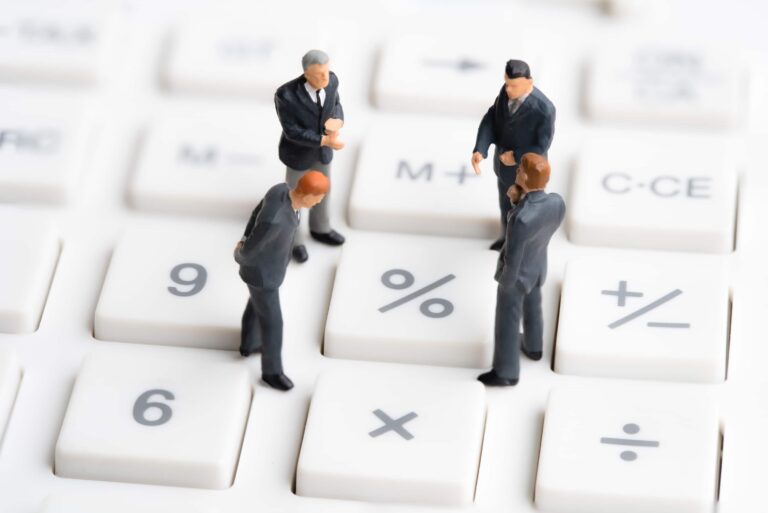 How do I calculate real estate taxes on my property?