What to Do With Unwanted Holiday Gifts – How to Return, Exchange & Regift

In National Retail Federation surveys about which gifts people want for the holidays, the number one answer, year after year, is a gift card. Many people would rather pick out their own presents than have someone else guess what they want – and maybe guess wrong. Sure, getting a gift card isn’t as much fun as being surprised with something wonderful that you’ve always wanted, or something amazing that you never knew existed. But at least there’s no risk of ending up with something that just isn’t right for you at all.

In fact, a 2011 study published in the Journal of Experimental Social Psychology shows that people are almost always happier with gifts they picked out for themselves than with “surprise” gifts chosen by others. They get more pleasure from gifts that they asked for specifically, and they rate givers as more thoughtful when they choose presents off a wish list rather than giving something unexpected.

Still, the fact remains that a lot of people prefer to give surprise gifts, and the surprise isn’t always a pleasant one. Fortunately, if you find yourself with a present that’s just plain wrong, you don’t have to be stuck with it forever. There are three different ways to put unwanted gifts to good use: returning, exchanging, and regifting.

If your unwanted gift is a gift card for a store you don’t like, getting rid of it is easy. There are lots of ways to sell it or trade gift cards for a different card that you can use. Or, if all else fails, you can simply regift it to someone who likes that store, and no one will ever be the wiser.

However, if the gift is a physical item, turning it into something useful involves a bit more work. You have to bring it in to the store and wait in a line of other shoppers who also have unwanted gifts to return. After going through all that trouble, the last thing you want is to be turned away empty-handed because you didn’t meet the store’s requirements. So it’s worth doing a little homework ahead of time to make sure your gift exchange is a successful one.

Look for a Gift Receipt

If you plan to take a gift back to the store, check in the box and see whether there’s a gift receipt (a receipt that omits the price) enclosed. Many stores (including Sears, Kmart, Barnes & Noble, Best Buy, and GameStop) don’t take items back unless you have either a receipt or the original credit card used to make the purchase.

However, if there’s no receipt in the box, you can still take a crack at returning it. Many major retailers (including Kohl’s, Costco, Lowe’s, L.L.Bean, Macy’s, Dillard’s, JCPenney, and Walmart) can take gifts back without a receipt, though in most cases they give store credit for them rather than cash. Target can also process returns without a receipt for items that were purchased on Target.com. If the name of the store doesn’t appear on the box or on the tag, try casually asking the giver where the gift came from – without letting on that you’re planning to take it back.

Next, look up the return policy for the store where the gift was bought. Try to determine the following:

Wait Out the Holiday Rush

Even after Christmas has passed, the stores are still crowded with holiday shoppers. A 2014 survey by American Express found that nearly two-thirds of all Americans expected to hit the stores on December 26th. Some planned to take advantage of holiday sales, while others wished to spend the gift cards they received for Christmas. Some even intended to get an extra-early start on their gift shopping for the following holiday season.

Whatever the reason, it’s clear that the last week in December is a busy time for many retailers. That means the lines at the customer service counter are likely to be long, and you can expect to wait a long time for service. Therefore, if you want a hassle-free return – and if the store’s return policy allows it – you’re better off waiting until January.

According to a 2012 survey by the National Retail Federation, approximately 5% of all returns made to stores are fraudulent in some way. To crack down on this problem, some stores now require you to show some form of ID, such as a driver’s license, when making a return. Some stores are stricter about this rule than others – in 2014, Victoria’s Secret ended up on a list of “naughty” retailers in Consumer Reports for demanding that customers use only government-issued ID for returns and exchanges.

Even if the store you’re visiting doesn’t require ID, being able to provide it is likely to make your return go more smoothly. Have your ID ready when you approach the customer service counter, and be polite when dealing with frazzled employees. They’re more likely to cut you some slack on a return or exchange if you treat them respectfully.

Returning or exchanging a gift doesn’t just involve dealing with the store – it can also involve dealing with the person who gave it to you. Even if you didn’t like the gift, you don’t want to hurt the giver’s feelings by saying so. In most cases, there’s no reason to let the giver know that you’ve returned a present. Just send a thank-you note and then quietly take it back to the store.

If the giver asks you about the present later – for instance, if Cousin Freida wants to know why she never sees you wearing the sweater she gave you – then you have a choice to make. If you had to return the present because of a specific problem, such as size, then you can probably go ahead and be candid about it. Just say that you loved the sweater, but it didn’t fit, so you had to exchange it – or possibly return it for cash because the store was all out of the right size.

However, if the real problem with the sweater was that you thought it looked absolutely hideous, find some way to avoid telling her that. To avoid hurting her feelings, simply say, “It didn’t really fit me” – meaning it didn’t fit your taste, rather than your shape.

On the other hand, if you think Cousin Freida really wants guidance on what to give you in the future, feel free to politely explain the problem. For example, “The color wasn’t quite right for me – I like blue a lot better than yellow.” That statement is honest without being harsh, and it gives her useful advice for future purchases.

Regifting, or passing on unwanted gifts to someone else, is a divisive topic. In general, most people seem to be okay with the idea. In the American Express survey, 76% of respondents said they thought regifting was acceptable, and 42% admitted that they had done it in the past year.

Clearly, regifting is a delicate business. So if you’re planning to do it at all, you need to do it carefully to avoid upsetting anyone.

When you give a gift to anyone – either regifted or new – you want it to give pleasure, not offense. So before you start rewrapping all your unwanted presents to give to other people, make sure you’re following these rules of regifting etiquette:

Another interesting way to give your unwanted gifts a new home is to get together with a bunch of friends and exchange them. That way, each of you has a chance to trade in a gift that’s of no use to you for something you’d actually enjoy. For instance, that yellow sweater from Aunt Freida could go to your redheaded friend who looks great in that color, while you get her DVD of a movie that she already owns, but you’ve always wanted to see.

When throwing a post-holiday gift swap, you obviously aren’t making any secret of the fact that you’re regifting. However, it’s still important to follow the other rules of regifting etiquette listed above. Bring only gifts that are unused and in good condition, and rewrap them so it’s like opening a brand-new present.

Most of all, make sure that the people at the party aren’t in the same social circle as the people who gave the presents the first time around. It would be incredibly awkward if the present your best friend unwrapped turned out to be the new jogging suit she gave you. To avoid unpleasant surprises, make sure everyone you invite to a party knows the name of everyone else on the guest list. That way, they can all avoid bringing presents that could have come from any of the other guests.

The actual exchange of gifts can be done in several ways. The end result should be that everyone who brought a gift leaves with one – but you can add to the fun by turning the process itself into a kind of game.

All these games have some element of randomness, so there’s no guarantee that people will be happy with the gift they end up with. So once the game is over, all your guests should feel free to continue swapping presents with each other until everyone is satisfied. After all, the point of a gift swap is to get rid of unwanted presents – not go home with more of them.

There’s no obligation to keep a gift you don’t like or can’t use, but that doesn’t mean you don’t have to thank the giver for it. It’s just a matter of common courtesy to express gratitude for any gift – even for one you end up returning or giving away.

When thanking the giver of a gift you didn’t keep, there’s no need to mention the fact. Instead, your thank-you card should focus on the giver’s thoughtfulness and whatever you did like about the gift. Even if the present was completely wrong for you and there was nothing at all you liked about it, you should still thank the giver for thinking of you. After all, the thought isn’t the only thing that counts, but it still counts for something.

Do you think it’s okay to return or regift your unwanted gifts? Why or why not? 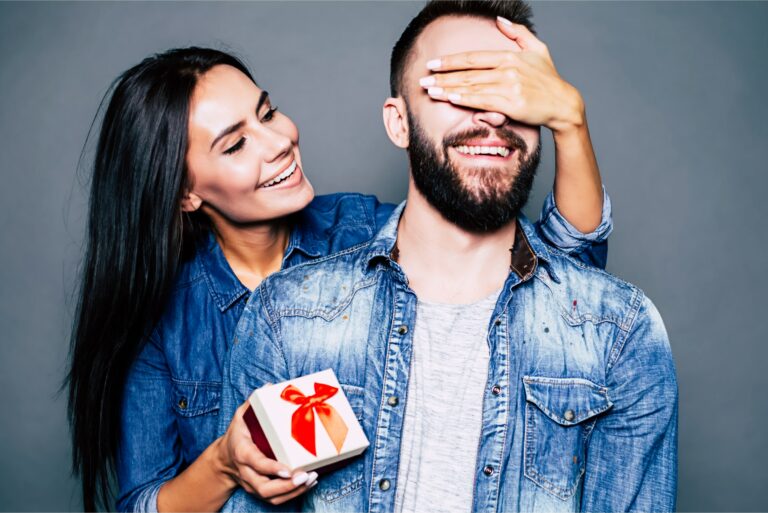 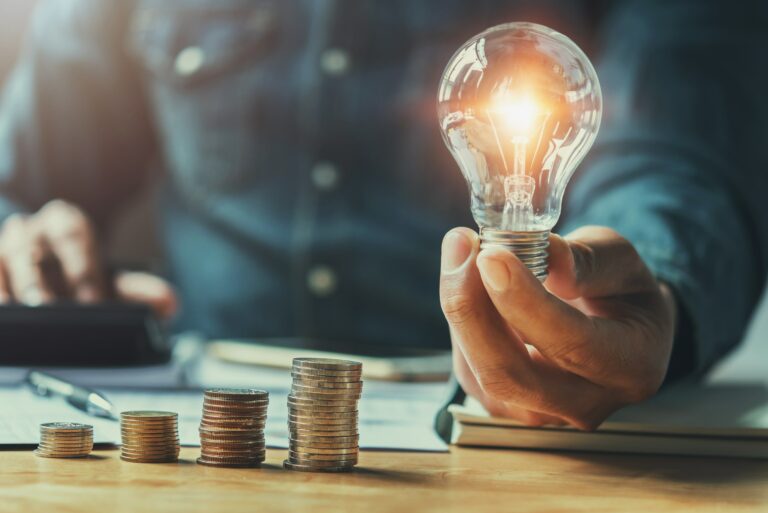 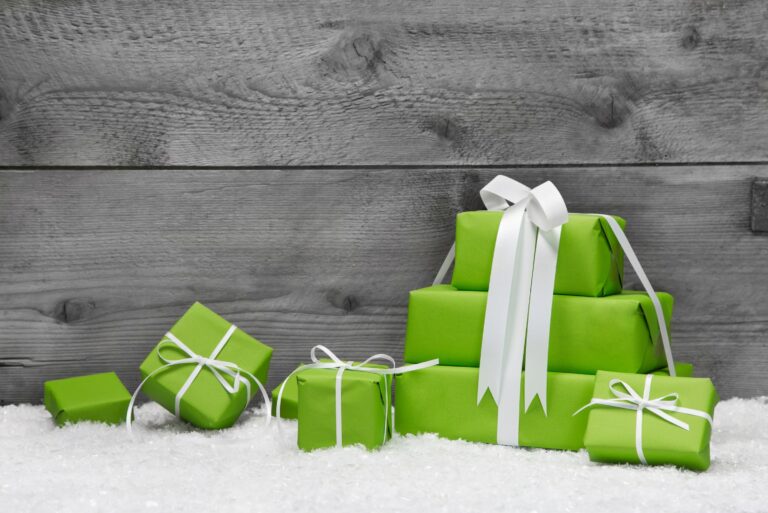 What is the gift tax?

Can you pay your mortgage with a credit card?