We all have at least one financial services horror story – a tale of woe, tribulation, and great personal cost courtesy of our friendly neighborhood financial institutions.

Most of these horror stories come down to poor customer service, but some are more sinister than that. In the aftermath of the late-2000s financial crisis, Congress created the Consumer Financial Protection Bureau (CFPB) to process and resolve complaints about predatory, discriminatory, or outright illegal practices by consumer finance companies operating in the United States.

Every American consumer has the right to submit a complaint to the CFPB. If you feel a financial services company you currently do – or have recently done – business with has wronged you, here’s what you need to know about the process for creating, submitting, and resolving a CFPB complaint.

When Should You File a CFPB Complaint?

Not every service snafu warrants a CFPB complaint.

According to the CFPB’s website, its mission is to shield consumers from abusive, unfair, or deceptive practices by financial services providers, including practices that don’t violate statutes outright. The CFPB may take enforcement action against financial institutions that break the law, sometimes on the basis of a pattern of consumer complaints revealing hitherto-unknown practices.

There’s no litmus test to determine whether a particular action or practice is serious enough to warrant a CFPB complaint. The CFPB doesn’t expect consumers to be intimately familiar with federal regulation, nor to retain a lawyer to determine whether a legitimate injury has occurred. However, complainants are more likely to receive a substantive response – the first step toward a favorable resolution, though one isn’t guaranteed – when the complaint involves a materially adverse outcome, such as:

The scenarios above represent just a tiny cross-section of the universe of permissible CFPB complaints. The list of products and sub-products recognized by the CFPB complaint process includes:

This isn’t an exhaustive list of the financial products about which consumers may lodge complaints with federal regulatory authorities. Products and services not listed here may fall under the purview of other federal agencies. When consumers complain to the CFPB about matters the CFPB doesn’t handle directly, the bureau makes a good faith effort to refer them to the appropriate authorities.

The Consumer Financial Protection Bureau is proof positive that elections have consequences.

The CFPB’s creation was authorized by the sweeping Dodd-Frank Wall Street Reform and Consumer Protection Act passed in 2010 by a Democratic Congress and signed by a Democratic president. During the Obama administration, the bureau was seen as a formidable consumer ally, reaching multimillion-dollar settlements with household names like Sprint and Verizon ($120 million), U.S. Bank ($48 million), and First National Bank of Omaha ($32 million). Though they railed against the CFPB as the poster child for unaccountable bureaucracy run amok, Congressional Republicans could do little to interfere with its work.

That changed with the Trump administration’s accession in 2017. That summer, a Republican-controlled Congress passed legislation repealing portions of the Dodd-Frank Act. In November, Obama-appointed CFPB director Richard Cordray resigned, paving the way for President Trump to appoint South Carolina Congressman Mick Mulvaney – an outspoken critic who believed the bureau to be unconstitutional – as acting director.

While Mulvaney didn’t entirely gut the bureau, he affected a dramatic internal restructuring and presided over a pronounced mellowing of its enforcement activities. According to Bloomberg Law, Mulvaney neutered the Office of Fair Lending and Equal Opportunity, an anti-discrimination watchdog. Per American Banker, the staffer Mulvaney appointed to check lender discrimination came under fire for racist blog posts; Mulvaney left in November 2018, but the staffer closed out the year on the bureau’s payroll.

In short, it’s still worth your time to submit a complaint to the CFPB. If they don’t resolve your complaint to your satisfaction, you have other options.

What to Do Before Filing Your Complaint

Before filing your CFPB complaint, take the following measures.

1. Exhaust All Other Options

First, try to resolve the issue directly by doing the following:

The trick to this stage is knowing when to throw in the towel. Many financial services companies are bureaucratic and not particularly responsive to customer complaints – which may exacerbate the practices at issue – so it’s important not to throw up your hands and escalate to the CFPB right away. But your time and dignity are valuable, so it’s equally important not to indulge a runaround, either.

Look for similar complaints about the offending financial services provider in CFPB’s extensive Consumer Complaint Database. If your case is part of a larger pattern of practice, your complaint may carry more weight – though you shouldn’t hesitate to bring a complaint simply because it appears isolated. Use the database’s filtering tools to exclude irrelevant results.

Closely examine database complaints that resemble yours, taking care to note where your experience lines up and diverges. Watch a few consumer testimonials, as well. All involve clear-cut examples of malfeasance, abuse, or outright illegality; watching them may give you some fresh ideas about how to present your case.

According to the CFPB, the ideal consumer complaint does three things:

Much as you might like it to be, your CFPB complaint is not the appropriate venue for an outraged screed about the ills of corporate finance. Save that for your personal social media account – though even then, you’ll want to mind social media etiquette best practices.

Instead, keep your CFPB complaint factual and to the point. Every sentence should advance the argument that you’ve been wronged, without commentary or emotion.

How to Submit & Track a CFPB Complaint

These five steps describe the typical CFPB complaint process. If the CFPB refers your complaint to another federal agency, you may experience a lag between Steps 2 and 3.

First, submit your draft complaint at the CFPB’s complaint submission portal. You’ll be asked to include:

The CFPB advises complainants to be as thorough as possible. Duplicate or supplemental complaints are frowned upon and may be ignored.

Next, the company acknowledges the complaint. Since the CFPB acts as an intermediary here, you might not hear from the company directly. However, the CFPB says that at least 97% of complaints receive responses within 15 days, and many companies make a practice of responding directly to customers. Either way, you should follow up with the CFPB if you don’t hear back within a few weeks.

Regardless of the complaint’s status, the CFPB publishes complaint details with your consent after scrubbing sensitive information and details that could identify you. This gives fellow consumers – and consumer protection advocates – more data about financial services providers’ activities.

Once the company makes an official response to your complaint, you’ll have 60 days to review their response and provide feedback. The response may include the company’s own version of events and what it believes is a mutually agreeable resolution. Again, the CFPB acts as an intermediary here, unless the company has already reached out to you directly.

Take this 60-day window to decide whether the company’s proposed resolution is adequate. Use consumer complaint data published by the CFPB and other public information sources, such as online personal finance and consumer protection forums.

The CFPB generally does not use its enforcement power as leverage absent a clear regulatory violation or widespread harm, meaning the bureau can’t guarantee a favorable outcome for every consumer complaint.

Even if your complaint clearly demonstrates that you’ve been harmed by a financial services provider’s behavior or practice, there’s a chance it won’t be resolved to your satisfaction. As noted above, political changes since early 2017 may increase the likelihood of this outcome.

An inconclusive or unsatisfactory end to your dealings with the CFPB is not the end of the road for your complaint, however. Here’s what you can do if the CFPB fails to resolve your complaint to your satisfaction.

Decentralized enforcement was a recurring theme of Director Mulvaney’s tenure atop the CFPB. Mulvaney publicly encouraged state attorneys general to bring lawsuits that might previously have come under the CFPB’s purview, and many gladly took him up on the offer. No matter which party is in power in your neck of the woods, your state attorney general’s office may be your best resource for help with egregious behavior that you believe violates state law.

Many states have energetic consumer finance watchdogs and consumer protection agencies, as well. If you live in New York state, for instance, the New York State Division of Consumer Protection is the best place to take consumer finance complaints. Check for similar agencies in your state.

If your complaint involves erroneous information on your credit report, contact one of the three major consumer credit reporting bureaus directly. You can dispute a slew of credit report errors for free, including:

Learn more about the dispute processes for Equifax, TransUnion, and Experian on their websites.

3. Work With Other Arbiters As Needed

The three major credit reporting bureaus don’t have a monopoly on your personal information. Lenders, insurance companies, and other financial services providers work with data-compiling firms like LexisNexis to assess risk and make underwriting decisions. If you come to learn that a problem you believed to be the fault of a lender or insurer actually originated with a third-party data firm, you may be able to resolve it by contacting the firm directly, verifying that the change was made, and asking your lender or insurer for reconsideration.

The threat of a complaint to the Better Business Bureau may be all it takes to bring your financial services provider to the table. The BBB’s consumer complaint process isn’t specific to financial services and lacks the enforcement teeth the CFPB brings to bear, but smaller companies concerned about reputation damage are loath to allow complaint patterns to develop.

When all else fails, take your campaign to the Internet. Even if you don’t have a vast social media following, posting or tweeting about your experience, taking care to tag the offending companies and individuals where applicable, is a great way to raise awareness of your plight – and, with luck, entice out of the shadows consumers who’ve been similarly wronged.

The Consumer Financial Protection Bureau was conceived as the American public’s first line of defense against predatory lenders and fly-by-night bank alternatives. The reality is a bit more complicated, particularly under the bureau’s current leadership. But few consumer advocates argue that consumers are worse off today than they were in the days before the CFPB came to be.

Hopefully, you never experience a consumer finance horror story worthy of a CFPB complaint. Should you be so unlucky, though, you know where to turn.

Have you ever filed a complaint with the CFPB? How did it go? 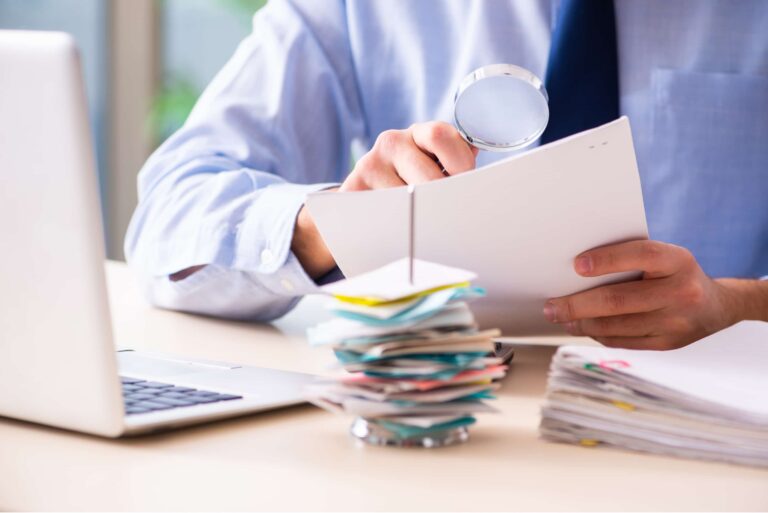 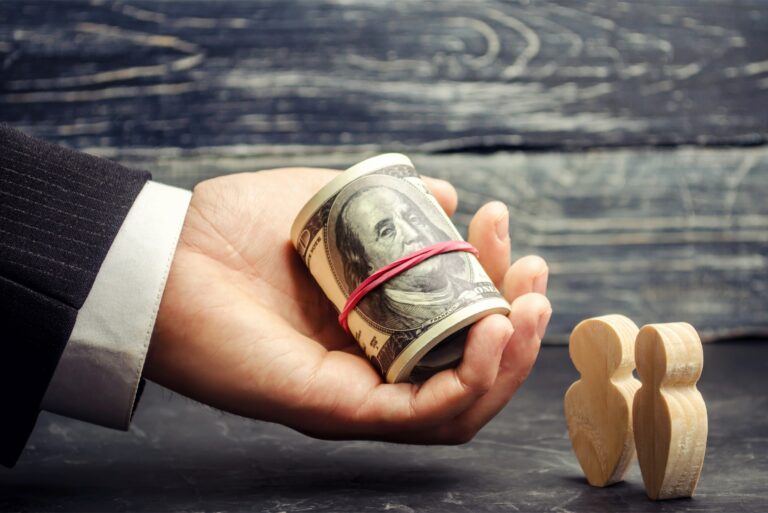 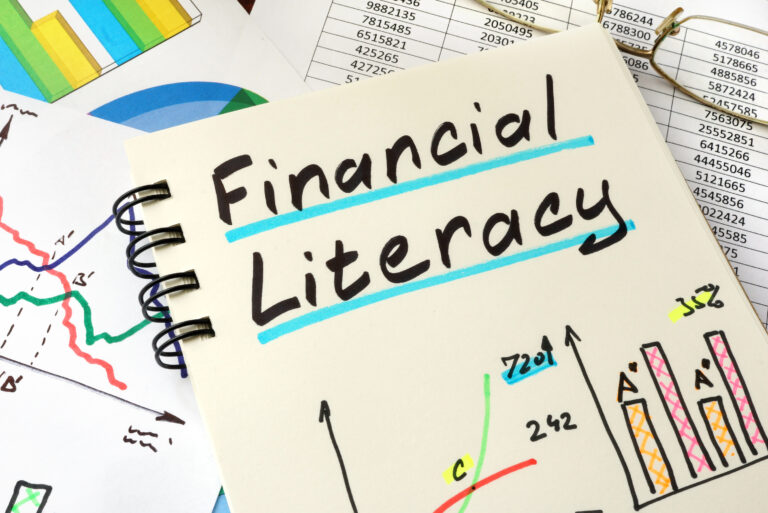 What are the best life insurance companies?