Every developed nation in the world has a central bank, including the Federal Reserve Bank here in the United States.

Central banks have one priority: to maintain a balanced financial system by keeping prices stable and employment rates up.

When changes to interest rates aren’t enough to create the perfect balance, the Fed uses another weapon in its monetary policy arsenal — quantitative easing and quantitative tightening.

What Is Quantitative Tightening (QT)?

Quantitative tightening is the act of the Federal Reserve shrinking its balance sheet by allowing fixed-income securities it owns to reach maturity.

Quantitative tightening, or QT, is also commonly referred to as balance sheet normalization because it happens after quantitative easing has spurred economic growth. With growth in place, the Fed can slowly unwind its excessive asset purchases and get back to normalization, which is why the process is also called unwinding.

The Fed’s balance sheet is largely made up of U.S. Treasury securities, mortgage-backed securities, and stocks. It also currently holds corporate bonds after purchasing them for the first time in 2021 to combat the economic effects of COVID-19.

However, extra asset holdings on the balance sheet for too long can have damaging effects on the U.S. economy. In particular, maintaining excess liquidity and the low interest rates it tends to accompany for too long can lead to high inflation. Evidence of this fact can be seen everywhere today, from the gas pump to restaurants, grocery stores, and utility bills.

So, once economic movement heads in the right direction for long enough, it’s important for the Fed to shed the excess assets it purchased through a quantitative tightening plan.

Quantitative tightening starts when the U.S. Federal Reserve believes financial conditions have improved from recent hardships, and high levels of inflation are on the horizon. In most cases, the Fed has already begun increasing interest rates and is working toward economic normalization following periods of fast-paced growth.

To start the QT process, the Fed creates a plan, usually an escalating schedule for allowing the assets it holds to mature.

As the bonds mature, the excess money supply that was created by turning debt into credit — a superpower all central banks possess — disappears. With less money rolling around and interest rates on the rise, consumer spending starts to decrease. As the law of supply and demand suggests, a decrease in consumer spending, or demand, leads to slowing asset price growth.

If the Fed moves too quickly with its interest rate hikes or quantitative tightening plan, it could have such a profound effect on demand that the attempt to help the economy could lead to a recession.

When the Fed Uses Quantitative Tightening

Quantitative tightening typically takes place when the economy has grown too fast for its own good due to a mix of low interest rates and excessive asset purchases at the Fed. During these times, inflation becomes a serious concern and the central bank is charged with putting growing prices in check.

However, it doesn’t happen all at once.

The Federal Reserve knows that if it were to pull all the excess funding it injected into the economy out at the same time, it would create an economic disaster. So, it starts with allowing small amounts of fixed-income securities on its balance sheet to mature. Each month or quarter, the amount of debt the Fed allows to mature increases, gradually pulling more and more liquidity from the money supply.

The ultimate goal is to wean the economy off what the Fed considers an unnecessary money supply to reduce demand without pain and bring inflation back to its target of 2% without affecting jobs.

When subprime mortgages led to a real estate bubble that popped in 2007, the Great Recession of 2007 and 2008 set in. The Fed came to the rescue in the face of the global financial crisis, spurring economic development by reducing interest rates to nearly zero and taking part in quantitative easing.

For the next decade, the Fed pumped money into the economy. Its balance sheet went from just under $900 billion in 2007 to around $4.5 trillion in 2017. That’s $3.6 trillion in the span of 10 years or $360 billion per year. It worked. In 2015, economic conditions were so positive that the Fed started slowly increasing its interest rate in increments of 25 basis points (0.25%).

By 2017, the federal funds rate had gradually climbed to about 2.25%. The economy was still doing well and there were no big red flags. So, the Fed decided it was time to move forward with quantitative tightening.

By 2019, the monetary tightening was done, and as intended, the average consumer was none the wiser.

In March 2020, as the Covid-19 pandemic ravaged the global economy, the Federal Reserve stepped in once again. It immediately slashed interest rates back to 0% and announced more quantitative easing. This time, it would purchase corporate bonds, including high-risk corporate bonds for the first time in history.

Since the monetary policy changes in 2020, the U.S. economy has been on the upswing, but it has swung too fast. The economic recovery mixed with tightening commodity supplies have led to the highest inflation rates seen in decades.

In early 2022, the Fed announced plans to begin increasing its federal funds rate. By June, the central bank had increased its rate to 1.5% and begun the quantitative tightening process yet again.

Quantitative easing is the process that starts the cycle of easing and tightening. When the economy is in need of a pick-me-up, the central bank for that economy reduces interest rates to encourage lending. If that’s not enough to boost economic growth, the bank buys stocks, Treasurys, and mortgage-backed securities to inject money into the market.

When the growing supply of money leads to inflation that could get out of hand, the Fed starts letting its asset holdings mature, effectively scratching them off the balance sheet. As this happens, excess money supply is slowly taken away from the economy in an attempt to normalize to a target inflation rate — 2% inflation is the Fed’s target in the U.S.

The effects of quantitative tightening differ depending on whom you ask. The Federal Reserve doesn’t like to admit it has an effect at all, although some experts believe it has a profound effect on economic developments.

However, if done properly, quantitative tightening shouldn’t have much effect on the economy at all. The idea of unwinding is that the economy has recovered and is doing well on its own. By taking small amounts of liquidity out at a time, natural economic growth will outweigh the reduction in Fed-provided liquidity.

On the other hand, if it happens too quickly, tightening could lead to an economic shock.

The Fed has expressed its hopes that, ideally, quantitative tightening can run quietly in the background without creating any surprises or substantial reactions.

Quantitative tightening is an important part of the monetary policy cycle, but it’s also a complex topic that can leave you scratching your head. If you are confused, don’t worry. Some of the most common questions about the process are answered below.

How Long Does Quantitative Tightening Last?

Typically, quantitative tightening plans last for anywhere from a couple of years to several years. It’s important that central banks move slowly. They could shock the economy they serve if they shrink their balance sheet too fast.

What Does Quantitative Tightening Mean for Consumers?

When the Fed does it properly, quantitative tightening doesn’t mean much of anything that the general public will feel. The goal is for the Fed to shrink its balance sheet quietly and let organic economic growth pick up the slack.

However, when the Fed is ready for quantitative tightening, it’s typically a sign that financial markets have recovered and inflation is becoming a cause for concern. Consumers can expect prices to begin to level out over the course of the unwinding schedule.

How Does Quantitative Tightening Affect Inflation?

However, quantitative tightening is just icing on the cake compared to what increasing interest rates do in the face of high inflation.

When you hear phrases like quantitative tightening or tightening monetary policy, it’s easy to fall into a “the sky is falling” mentality, but it’s not the end of the world. The economy goes through cycles and it’s the Federal Reserve’s job to react to those cycles.

It would be scarier if the Fed did nothing in times of high inflation, recession, and other cycles that could lead to real hardship for the average American. 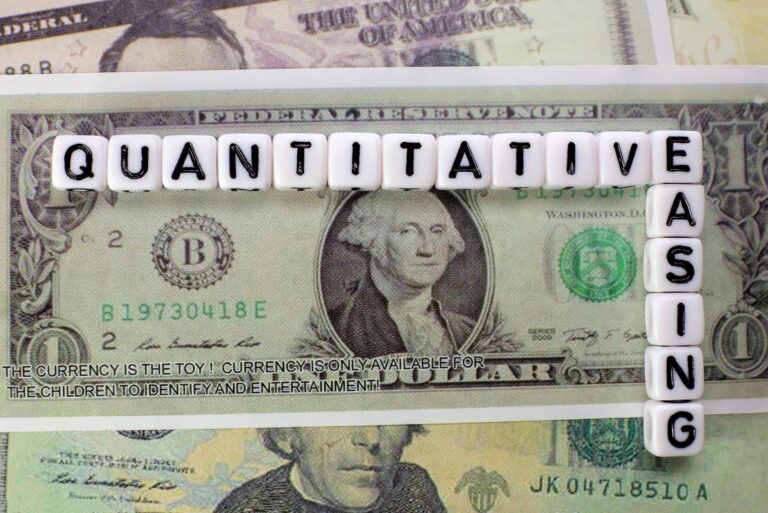 Do borrowers or lenders benefit from inflation?

What is the difference between real and nominal interest rates?

What are the warning signs of a recession?