What Are Fixed-Income Securities for Investment – Types

With the bears and bulls constantly at odds, investors look for ways to shield their investment portfolios from the significant declines that result from this volatility. One of the best ways to do so is to practice diversification using fixed-income securities.

By maintaining a mix of stocks and fixed-income securities, investors have the ability to enjoy upsized gains when market conditions are positive and benefit from hedged bets when markets turn negative.

What Are Fixed-Income Securities?

Fixed-income securities are debt securities issued by a government or corporation in return for funding to finance its operations. In simple language, it is an IOU with documented, defined features that detail the amount borrowed, the amount and timing of interest payments to be made by the borrower to the lender, and the remedies available to the lender if the borrower defaults.

Although debt securities do not transfer ownership interests (equity) in a company, they establish a priority of the lender’s claim for repayment in the event of the borrower’s default or bankruptcy. The term “fixed-income security” can apply to a variety of different debt instruments including:

Pro tip: You can earn a free share of stock (up to $200 value) when you open a new trading account from Robinhood. With Robinhood, you can customize your portfolio with stocks and bond ETFs, plus you can invest in fractional shares. Sign up for Robinhood.

Legal Features of a Fixed-Income Security

Fixed-income securities share distinct features from equity securities that are detailed in the indenture and include:

Taxpayers in the higher income brackets should calculate the after-tax return of a corporate bond versus the probable return of a municipal bond to determine the highest net return on their potential investment.

Private issuers of debt securities must also meet federal requirements for an exemption from security law when it comes to specific transactions like a private placement, a popular method for entrepreneurs raising startup capital.

Buyers of private securities — bonds or equity — should be aware that the SEC restricts the subsequent sale of securities purchased through a private placement, which could result in liquidity concerns should you need to sell your investment to recoup cash.

While the term “registered” applies to publicly traded bonds, it can also refer to registered owners of the bonds whose names and identifying information are on file with the company (or its agent) issuing the bonds. This information is maintained in a secure electronic file and is updated every time ownership in the bond changes hands.

Historically, paper bond certificates included a series of coupons that were clipped and submitted for payments. Owner identification did not appear on the physical document or the attached coupons, so the entity who redeemed the bond or coupon received payment from the issuer. In other words, people or entities could sell or redeem a bond anonymously as long as they possessed the physical document.

Because there was no way for the issuer to verify if a certificate had been lost or stolen, new issues of these “bearer bonds” were outlawed in the U.S. by the Tax Equity and Responsibility Act of 1982. Ironically, U.S. companies and the U.S. Treasury have continued to issue bearer bonds in Europe and to non-U.S. residents.

The traditional structure of most fixed-income securities is to pay consistent interest for a fixed term, ending with the redemption of the debt at face value. Over time, borrowers have added features — “sweeteners” — to attract investors or increase the issuer’s options. These features include:

Some issuers might attach “warrants” — the right to purchase a specific number of common shares of the issuer for an identified price and a limited period — to a bond. Warrants are a separate asset from the bonds and can be severed from the bond to trade as independent securities.

Issuers may combine features to achieve specific purposes. For example, a company might combine call and convertible elements. As a consequence, they would force conversion by calling the bond when the common stock trades above the conversion price. A bondholder is likely to convert the bond and sell the shares rather than receive face value on the call, resulting in an immediate return of original principal value, plus market value growth.

The cost of borrowing money — the interest rate — continually changes due to:

Holding a bond until maturity reduces the risk because the face value will be repaid to you in full regardless of changes in interest rates.

Like all borrowers, corporations and government entities who borrow money pay interest based on lenders’ perception of their creditworthiness. Individuals with poor credit ratings generally pay more for loans than those with higher credit ratings. Similarly, bond issuers who are considered less creditworthy pay a higher interest rate when borrowing funds.

Three independent credit rating agencies — Standard & Poor’s, Moody’s, and Fitch — account for the majority of the credit ratings for issuers of corporate debt as well as state and municipal debt. Each issue is analyzed and ranked based on the agency’s opinion of the borrower’s ability to pay interest and repay principal as scheduled, much like personal credit scores are calculated by FICO. Each of the agencies has a grading system that ranks credit from “investment grade” to “speculative,” with investment grade representing good credit and speculative representing bad credit.

Securities issued by the United States Treasury have generally been considered the highest quality of debt securities in the world, with all three rating agencies historically assigning their top ranking to the country’s debt. In 2011, S&P downgraded U.S. debt from “AAA” to “AA+” for the first time in history. Their rating has continued in place since, even as the two other dominant credit agencies continue to give the country their highest scores.

Fixed-income investors use several metrics for determining the value of the securities they purchase.

Duration is a measure of sensitivity to changing interest rates; the longer the duration, the more the price of a bond will fall when rates rise. Duration measures the time it takes to recover half of the present value of all future cash flows from the bond, discounted by its yield. Bond investors should recognize that the greater the duration of a bond, the higher its price volatility will be with interest rate changes.

There are many ways to calculate duration; one of the most popular duration calculators was developed by Frederick Macaulay and can be found for free online. Duration is affected by:

Understanding duration can help investors choose bonds that best fits their needs. For example, an investor who believes that interest rates are likely to rise in the future should consider bonds with high coupons and shorter maturities.

The current yield, or annual return on the dollar amount paid for a bond, regardless of its maturity, is calculated by dividing the yearly dollars received in interest by the price paid for the bond. If you buy a bond at par, the current yield equals its coupon rate. Thus, the current yield on a par-value bond paying a 5% rate is 5% ($50/$1,000).

Current yield considers only the bond’s annual return while yield to maturity, or YTM, provides the total annual return you receive by holding it until maturity. YTM enables you to compare bonds with different maturities and coupon rates. It includes all interest to be paid over the life of the bond, plus any capital gain you will realize at maturity if you purchase the bond below par — or minus any capital loss you will suffer if you bought the bond above par.

The YTM calculation is complex and requires multiple iterations to arrive at an exact number. The good news is that there are many online calculators — Finance Formulas, Investing Answers, DQYDJ — available. Moreover, you can also ask your financial advisor to provide you with the exact yield to maturity for any bonds you are considering buying.

Yield to Call, or YTC, is applicable to bonds that have a call feature. It is similar to the YTM except for the assumption that the bonds will be called at the first opportunity. The YTC of a bond is typically lower than its YTM because the call feature limits any appreciation above the call price. If multiple call dates are present, potential investors should calculate YTC for all dates, compare them to YTM, and select the lowest return — sometimes called yield to worst.

Fixed-income products offer a long list of benefits to investors who purchase them. However, they also have limitations and are not without risk. When it comes to fixed-income securities, the most important pros and cons to consider include:

Investments in fixed-income securities offer the investor several perks. Some of the most important to consider include:

No investment product is perfect. Although fixed-income securities are attractive choices, there are also some bumps in the road that you’re likely to encounter when putting your money into these investment vehicles.

It’s also important to remember that fixed-income securities are a low-risk investment, but are far from risk-free. The creditworthiness of the company or municipality that issues the security will not only determine the level of income you’re paid, but also the risk of default that you assume when you purchase the security. As such, it’s important to do your research and make sure that the investment you make is in line with your appetite for risk.

Nonetheless, due to the safety and stability offered by most fixed-income products, they are an integral part of just about every investment portfolio, even if for nothing more than diversification purposes.

Invest Money What Are Safe-Haven Investments & When Should You Trade Them? 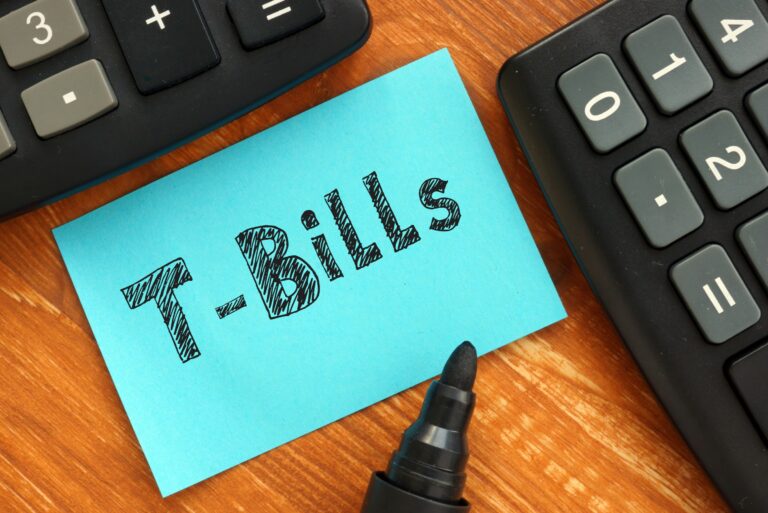