5 Tips to Prepare for an Enjoyable Retirement

According to a 2013 Gallup Poll, more than half of working Americans expect to retire by age 65 or earlier. However, this expectation stands in stark contrast to their practical readiness for retirement.

Despite the probability that many Americans will have to rely on Social Security and Medicare for the bulk of their retirement and healthcare expenses, a FindLaw.com survey reveals that 30% of workers lack faith that these programs will be viable when they retire. Many economists analyzing the existing demographic and savings data project that tomorrow’s retirees need to save more, work longer, and get by with less than today’s retirees do. If that potential fate discourages you, implement the following tips as soon as possible to improve your likelihood of enjoying a comfortable retirement.

How to Prepare for Retirement

1. Save Early and Often

If you do not have a retirement savings account, start one today and contribute to it regularly throughout your working years. The younger you are when you begin, the greater the value of your total savings when you retire.

Consider the differences between coworkers Dave and Bill. Each contributed $200 per month, or $2,400 annually, to their company plan for 20 years, and each earned at a 5% rate compounded monthly. The only difference between the two is that Dave invested from age 25 to age 45 and never made another contribution. Bill waited until he was 45 to begin investing and continued until he retired at age 65. When they retired on the same day at age 65, even though they contributed for the same number of years, Dave’s account balance was $225,307 while Bill had $83,092 – a difference of $142,215.

The added value is the result of the power of time. The earlier you start, the longer your money can work for you. If Dave had continued to invest $200 monthly between age 45 and retirement, his account balance would have been almost $308,000.

Many people confuse savings and investments which, though related, are not the same. Savings can take the form of FDIC-insured savings accounts, certificates of deposit, or U.S. Treasury Bills. Generally, they are extremely safe and liquid, making funds available whenever needed.

On the other hand, investments are assets which are expected to generate long-term returns, year after year. Investments run the gamut from stocks and bonds, to real estate, art, and gold. Different investments require owners to assume various levels of risk. They regularly fluctuate in price depending on investor sentiment, the economic and political environment, and the nuances of each particular investment. As a consequence of the limited liquidity and increased volatility of investments as compared to savings, the former generally provide a higher return than a savings instrument.

Retirement funds are intended to provide a future income and are therefore used to acquire investments. Since it is always wise to protect oneself against loss of capital, even when seeking higher returns, astute investors reduce risk by diversifying. They own different assets of the same type – such as the common stock of multiple companies, rather than common stock in a single company – as well as different types of assets.

Balancing an investment portfolio requires analysis and selection of securities so the portfolio as a whole is not significantly affected by major market moves. For example, in a perfectly balanced portfolio, a major move either up or down by certain securities would be offset by a similar move of other securities in the opposite direction. As a consequence, the portfolio value would not significantly change in response to those moves, but would continue to grow on a gradual basis.

When you are young and years away from retirement, you can be more aggressive, taking higher risks for higher potential returns. However, as you get closer to needing your income for retirement, your portfolio should be adjusted to protect your principal – you should assume less risk, even if it means giving up the opportunity for an outsized gain.

According to an article in the New York Times, the tax burden of many Americans today is lower than it was in the 1980s. Even so, considering the combination of federal and state personal income taxes, sales tax, FICA, property taxes, fuel taxes, and other fees and taxes too numerous to mention, the Tax Foundation estimates that Americans will pay a total tax bill of $4.22 trillion in 2013, or 29.4% of the nation’s income. In addition, many political observers expect that additional taxes, partnered with significant spending cuts in federal programs, will be enacted as a result of our growing federal debt.

The federal tax code – a convoluted conglomeration of new laws, reinterpretations and amendments of old laws, and changing regulatory enforcement – provides ample opportunities for diligent citizens to reduce their tax liability through retirement plan deductions and credits. For example, in 2014, up to $17,500 (plus another $5,500 if you are age 50 or older) can be placed in a tax-deferred plan where it can grow tax-free until funds are withdrawn. This amount does not include any matching contribution by your employer.

Depending upon your income, up to $6,500 ($5,500 for those 49 or younger) can be invested in an IRA and deducted from income. There is even a saver’s tax credit up to $2,000 available for those who make IRA or 401k contributions, subject to income limitations.

For the average person, building a substantial retirement portfolio while paying annual income taxes, advisor fees, and brokerage commissions is impossible. Even with penalties for early withdrawals from tax-advantaged retirement plans, you should consider tax-deferred plans as the core of your retirement portfolio and fund them to the maximum extent possible.

We live in an era of instant gratification where marketers and advertisers too frequently encourage the purchase of unneeded products and services. The combination of sophisticated emotional manipulation and the widespread availability of easy credit has created the greatest consumer nation in history and the world’s largest economy, and has resulted in citizens shackled by thousands of dollars of debt.

Building an adequate future reserve for retirement requires investing money today, paying off debts, and simultaneously foregoing the pleasures of spending. As a consequence, you should consider making the following changes:

Saving money does not require you to be cheap or stingy. Rather, it is an attitude fostered by real understanding of what your money is worth and it only requires you to consider purchases intelligently, rather than emotionally.

While Medicare provides near-universal healthcare for citizens over the age of 65, under present rules, it does not pay for everything. There are premiums, co-payments, and deductibles in addition to home care and non-rehabilitative nursing home care, which are not covered. As the price tag of the Medicare program rises, there is a growing political argument to transfer more costs to those who use its services: seniors. Fidelity Benefits Consulting estimates that a hypothetical couple retiring today at age 65 with an average life expectancy will need $220,000 to pay their retirement medical expenses after qualifying for Medicare. This doesn’t include the costs of long-term care, if needed, even though an estimated 70% of seniors are likely to require that at some point.

Many of the medical problems faced by the elderly are the result of life choices made during their younger years. Smoking, excessive alcohol use, obesity, and lack of exercise all have negative effects, even though they may not appear until later in life. Maintaining good health during your working years is likely to pay off in a better quality of life and lower your healthcare costs as you age.

With the proper preparation, there’s no reason retirement can’t be the golden years you’ve always dreamed of. Taking responsibility early on in life and exercising diligence and common sense with regard to your spending habits, investments, and lifestyle choices can pay dividends not only in your later years, but in the years leading up to them as well.

Are you prepared for retirement? 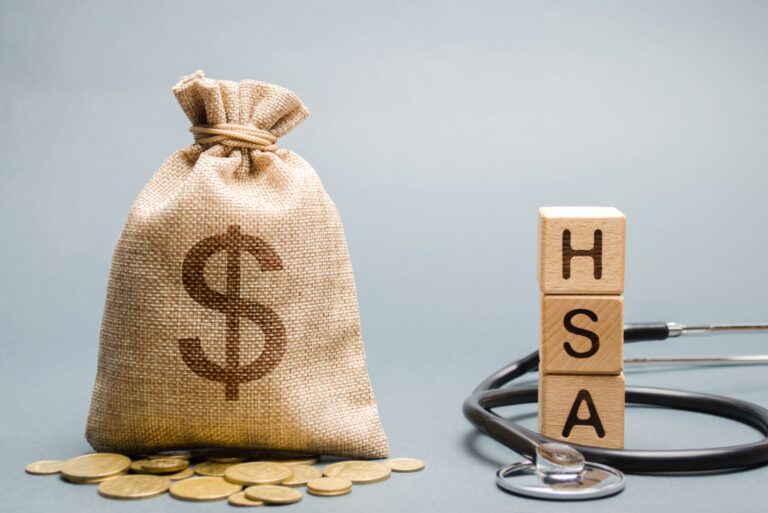 What is a Keogh plan and how does it work?

What is a SEP IRA for small-business owners?

Should you save for your child’s college or your retirement?

How should millennials invest to build wealth?