In March 2020, the United States’ longest economic expansion in modern history ran into the buzzsaw of the COVID-19 pandemic, causing an unprecedented spike in jobless claims.

Nearly 60 million Americans filed for unemployment benefits from March through the end of August 2020, according to CNBC, even as some companies staffed up to meet increased demand. Millions more filed during the following months as the pandemic’s worst wave yet forced many states back into lockdown mode.

If there’s any silver lining to this public health emergency, it’s that the vast majority of workers laid off as a result of the COVID-19 pandemic are eligible for state unemployment benefits.

If you’ve already been laid off as a direct result of COVID-19, worry your job isn’t secure, or feel that you’re being forced to return to an unsafe working environment, it’s essential you understand things like your eligibility for unemployment insurance benefits (UI benefits), how to apply, and how to avoid issues that could delay or jeopardize your unemployment claim.

Who’s Eligible Now & How Much Can You Receive?

One of the act’s core provisions was a significant expansion of federal support for state unemployment compensation programs. This expansion authorized $600 in additional benefits per week and 13 weeks of extended benefits for each eligible recipient, both fully funded by the federal government.

Prior executive action had already extended benefits to claimants directly or indirectly affected by COVID-19, including those whose employers cease operation temporarily due to the pandemic.

And Congress extended all three programs through the summer of 2021, with some modifications, as part of a broader coronavirus stimulus package passed in December 2020 and its follow-on, the American Rescue Plan Act, which passed in March 2021.

However, during the spring and summer of 2021, many states terminated extended unemployment benefit eligibility for claimants covered by the federal program. This was billed as a means to get people back into the labor force as pandemic restrictions lifted and employers faced a worsening labor shortage.

According to the California Employment Development Department, which oversees what’s likely to become the most extensive state PUA program in the country, worker classes eligible for coverage under PUA include:

Newly covered workers are ineligible if they qualify for unemployment benefits under regular state unemployment compensation programs or qualify for certain other state-administered benefits, such as disability benefits or paid family leave.

Claimants must be eligible to work in the U.S. throughout the claim period, which means the lapse of a noncitizen’s work authorization could jeopardize their eligibility for benefits.

Under PUA, unemployment compensation claimants must meet at least one of about a dozen additional criteria.

Some are broadly written and likely affect many thousands of U.S. workers, such as COVID-19-related workplace closures or a severe curtailment of independent contractor hours.

The PUA program largely supersedes a prior executive action by the U.S. Department of Labor allowing but not requiring states to pay unemployment benefits to workers meeting one of three tests:

On Feb. 26, 2021, President Biden announced a significant expansion of unemployment benefits eligibility for workers whose employers require them to return to unsafe workplaces as a condition of continued employment or reemployment.

It’s expected that many more workers will face this choice as businesses reopen.

According to Insurance Journal, Biden’s executive order opens PUA eligibility to workers whose continued regular UI claims were denied by state unemployment agencies due to their refusal to accept an offer of work at places of employment that do not comply with COVID-19 safety standards.

In other words, workers can receive unemployment benefits if they refuse to return to or begin work in unsafe working environments at their employers’ request.

Workers meeting these criteria are encouraged to apply for state unemployment benefits even if they’ve previously been denied.

Regular state unemployment benefit (regular UI) eligibility typically expires after 26 consecutive weeks of benefits, after which an unemployed worker who remains out of work no longer receives weekly payments.

The CARES Act effectively expands this eligibility window by half its original duration, to 39 weeks.

Per the Department of Labor, which is responsible for implementing the second program, the PEUC, the federal government initially provided 100% funding for up to 13 weeks of additional unemployment benefits. (This was later extended by 11 weeks, for a total of up to 24 nonconsecutive weeks for eligible beneficiaries.)

Though state unemployment programs are responsible for disbursing these benefits, the federal government covers their entire cost, and they can’t pass that cost on to businesses through elevated unemployment insurance payments.

To qualify for additional weeks of unemployment benefits paid for by the federal government, eligible workers must meet four conditions:

The period of eligibility for extended unemployment compensation (up to 39 weeks) initially ran through Dec. 31, 2020. Stimulus legislation passed in December 2020 extended the window through early April 2021 for most filers.

Some states have enacted even longer extensions. The American Rescue Plan authorized additional extensions of unemployment benefits through August 2021, though many states chose not to pay benefits for that long.

How to Apply for Unemployment Compensation During the COVID-19 Pandemic

Because each state administers its own unemployment compensation program, the details of the application process vary by jurisdiction.

The best resource for questions about your state’s application process is your state’s unemployment insurance program, which you can find through the Department of Labor’s CareerOneStop portal.

Before applying, confirm the status of extended unemployment benefits in your state. You may still qualify for regular unemployment compensation if you’re newly unemployed.

Where to File for Unemployment Compensation

During the height of the pandemic, widespread stay-at-home orders and social distancing requirements significantly impacted most state labor departments’ operations.

The situation is beginning to normalize as more state and local governments resume regular in-person operations, but it’s still wise to check ahead of time to confirm that you can apply for unemployment benefits in person (if that’s your preference).

If you do plan to apply for unemployment benefits online, you’ll need:

Unless otherwise indicated, you should file for unemployment benefits in the state where you last worked, regardless of your state of residence.

If you earned income in two or more states, you must most likely file separate applications in each state where you’re eligible to receive benefits due to a qualifying job event.

What You Need to File for Unemployment Compensation

You’re likely to need to provide or confirm the following when you apply for unemployment compensation.

Some states may not require all these or may require additional information or documentation not listed here. Take any questions about your specific situation to your state’s labor department.

Georgia’s application for unemployment benefits is an indication of what to expect from your own state’s. But, again, your state’s labor department is the best source of information before and during the application process.

If your state labor department has difficulty verifying your identity or work history, they’ll ask you to provide additional information by mail or online.

Otherwise, unless indicated by your state labor department, you can expect to receive benefit payments within two to three weeks of your application’s approval.

Moving forward, you’ll need to recertify your eligibility to receive benefits at least twice per month.

Shocking as they are, ongoing and new claims for unemployment insurance don’t tell the full story of the economic devastation wrought by the COVID-19 pandemic.

At least 1 in 4 American workers were laid off at some point as a result of the pandemic, but countless more have had their hours reduced or pay slashed. The total number of livelihoods affected by the pandemic won’t be known until the American economy fully recovers, a process that could take years.

Expanded unemployment benefits alone aren’t adequate to contain the economic fallout. Not when millions of workers affected by the pandemic don’t show up in official unemployment tallies because they remain on company payrolls.

Fortunately, unemployment benefits aren’t the sum total of the economic safety net during this period of unprecedented economic and social disruption.

Among other economic support measures, the CARES Act provided for one-time stimulus payments to most Americans, payroll tax deferrals for small businesses, and low-interest loans for entrepreneurs, contractors, and freelancers who’ve seen their income dry up since the pandemic began.

To figure out if you qualify for any pandemic-related support programs, review our guide to the latest coronavirus stimulus and emergency assistance measures. 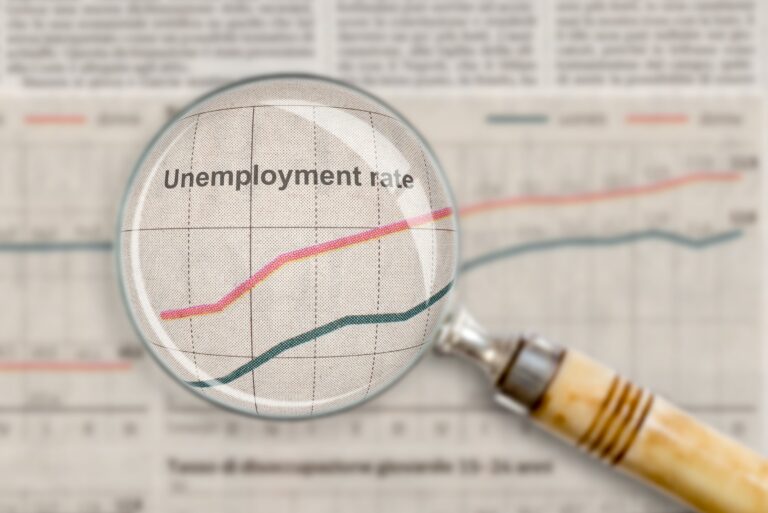 Careers What Is the Real National U.S. Unemployment Rate? 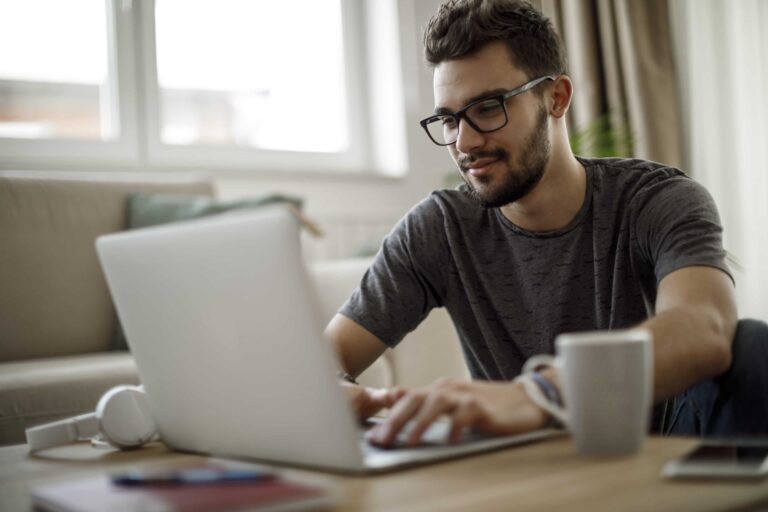 Economy & Policy Many Saw the 2020 Recession Coming - But Are They Prepared? (Survey)
Related topics

What should I know about workers' compensation and COVID-19?

How will the COVID-19 pandemic permanently change society?