As we wrestle with the economic problems facing the country, it is important to understand the reality of budget surpluses and deficits, their relationship to national debt, and how the level of national debt affects average Americans and the economy in general.

However, few discussions generate as much heat or confusion as those dealing with the annual federal budget deficit – and it is often a single misunderstanding of the budget that drives most misinformation.

In a misguided effort to promote further understanding of the budget, many analysts describe the revenues and expenditures of the Federal Government as if our government were a typical family arguing about stretching their monthly paychecks to cover expenses. This analogy, however, contributes to unfounded fears and public calls for unwise, draconian steps to impose and enforce a “balanced budget” solution upon federal lawmakers and executives.

The analogy is false for several reasons:

According to Norman Ornstein, resident scholar at the conservative American Enterprise Institute, a balanced budget amendment “is about the most irresponsible action imaginable,” and would eliminate the flexibility of the government to respond to the needs of the public, whether it be an emergency such as a hurricane, or financial assistance to the unemployed during recessions. This is because a balanced budget by definition eliminates the possibility of running a deficit or a surplus, and emergencies, by definition, are unplanned and cannot be quantified prior to the actual event. In such an event, the Federal Government would be forced to either not act or to transfer funds from approved programs in order to respond, potentially defunding critical programs.

Calls for a balanced budget more likely reflect the country’s general distrust of elected officials, as well as the belief that the privileged receive special benefits.

Simply stated, the budget is a pre-authorized spending plan approved by Congress to be implemented by the president. The budget is developed and approved by following several steps:

The Budget’s Impact on the Federal Debt Limit

The amount of federal debt outstanding at any time is established and controlled by Congress – currently, the debt limit is $16.39 trillion. The U.S. Treasury, using the proposed spending authorization as a basis, determines whether the limit imposed by Congress will allow the Federal Government to meet its obligations.

Congress has raised the debt limit 11 times since 2001. In each instance, the process has stimulated intense political pressure and in-fighting, as a failure to raise the debt limit might cause the government to cease Social Security payments, interest payments, or employee salaries.

Factors to Consider About the Federal Budget

While the importance of the process and the necessity of a realistic budget cannot be overstated, the process and calculations supporting the budget have become excessively complex and, sometimes, intentionally misleading to serve political purposes of the president, Congress, and their respective political parties.

Keep in mind the following as you consider the effects of the budget on the economy and the level of our national debt:

1. Expenditures “On” and “Off” the Books

Some expenditures are “off the books” and not reflected in the “official” deficit number, but added to the national debt nevertheless. For example, the expenses of various agencies are not part of the budget process and are isolated from normal public scrutiny. The costs of the Strategic Petroleum Reserve, the Pension Guaranty Corporation, and the Postal Service Fund are just a few of such agencies. Neither the Iraq War nor the war in Afghanistan were reflected in budget computations prior to 2009.

There have been various legislative efforts to eliminate “off the books” funding, but it continues to survive. As a consequence, budget deficits or surpluses are misleading and do not reflect the true cost of  government operations.

Technically, the budget surplus or deficit is the difference between actual cash collections from taxes and “budgeted” spending, not the actual spending that occurs during the fiscal year. Since the difference between collections and expenditures are projected, rather than actual, the first analysis of deficit or surplus should always be considered suspect, since reality generally produces a different result.

For example, President Bush’s budget to Congress for 2008 reflected a projected $240 billion deficit – but the actual deficit reported by the U.S. Treasury using the rules then in effect was a $454 billion deficit. The increase in federal debt for the year was an astounding $1.9 trillion due in large part to off-the-books expenditures, or almost eight times greater than the president’s projection for the year.

Various federal agencies issue debt guarantees for products and services ranging from college education and home ownership, to small business finance. These guarantees are not reflected in the federal budget, but represent huge potential liabilities that may require payment in the event of default.

Since 2008, taxpayers have been forced to invest almost $200 billion in the Federal National Mortgage Association (Fannie Mae) and the Federal Home Loan Mortgage Corporation (Freddie Mac), having guaranteed the mortgages issued by these two quasi-federal agencies. The guarantees are not included in budget calculations, since it is impossible to know whether or when they might be called upon in the future.

Many contend that the Federal Insurance Contributions Act (FICA) tax used to fund Social Security and Medicare (programs for retirement and healthcare for older Americans) is “social insurance,” and was never intended to be part of general government expenses. FICA revenues in 2011 were approximately $819 billion with expenditures of $835 billion, an imbalance that is bound to grow if steps are not taken to increase payments from, or reduce benefits for, future beneficiaries.

The Outlook for the Future Budget Deficit

According to the Office of Management and Budget, only four annual budget surpluses have been recorded since the election of Ronald Reagan in 1980: The last three years of Bill Clinton’s term (1998, 1999, 2000) and the first year of George W. Bush’s term (2001). At the same time, however, the U.S. Treasury Department reports that federal debt has grown every year since 1969, illustrating the difficulty of obtaining and translating financial data provided by different government departments and agencies into a meaningful figure.

It is very likely that we will continue to run significant annual deficits in the future, even if we have a robust gross domestic product (GDP) due to several factors:

The federal budget reflects the nation’s priorities and the importance of each program within that list of priorities. At the same time, the history of continued budget deficits – clockwork additions to the national debt – illustrates our unwillingness or inability to agree on which programs should be continued, increased, or eliminated, or to make the requisite sacrifices by raising taxes to fund programs we do agree on.

Despite the inaction of elected representatives, we can solve our financial and economic problems with a combination of tax and entitlement reform, a stable economy, and a willingness to cover the deficits and eliminate national debt incrementally. Our problems did not arise over a year or two, but over decades – and our solutions will require a similar period of time to implement.

Borrow Money Understanding the Current U.S. Federal Debt and Its Effect on You 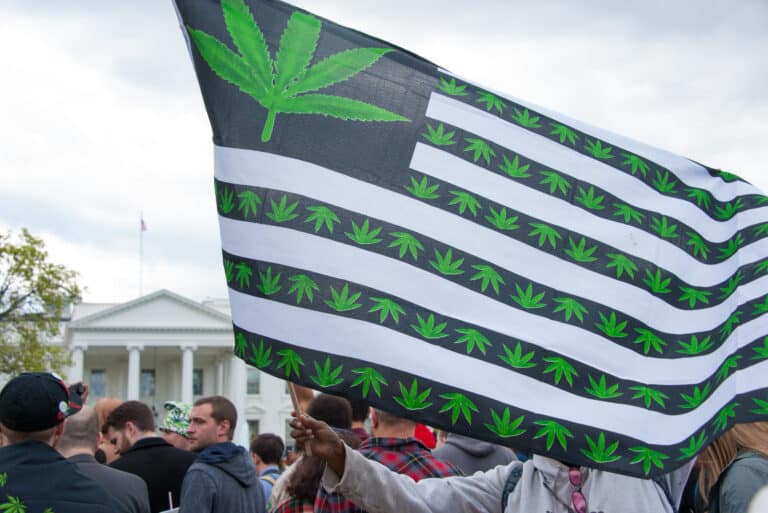 Economy & Policy What Is the Fiscal Cliff - How the U.S. Can Avoid It
Related topics

What is student loan forbearance?