Investing in Gold – History, Determining If It’s a Good Investment

Humankind’s fascination with gold can be dated back as far as 4000 B.C., and for much of our collective history, possession of gold was a sign of wealth and status restricted solely to governments and nobility. Eventually, the first gold coins are believed to have initially financed long-distance trading around the world – around 500 B.C., Darius the Great of the Persian Empire is thought to have minted the first coin, the “daric,” to facilitate the expansion of his empire and the needs of his army as it moved into foreign territories.

Many countries came to use gold and silver coins as currencies for centuries. However, during the worldwide depression of the 1930s, every industrialized nation ceased using the gold standard, subsequently severing the close link between the value (and quantity) of gold and the value of money.

Despite this, gold continues to be a sought-after commodity due to its scarcity and reputation as a hedge against monetary or societal collapse. But does it deserve a place in your portfolio?

Today, gold is available in several forms, including the following:

Gold is not money or currency, but an investment which must be converted into money before it can be used to purchase other assets. Of course, individuals and businesses can agree to exchange an amount of gold for a service or product – as was done for centuries – but it would require negotiation about the relative value of each, a timely and potentially risky process for both parties.

The Constitution of the United States gives Congress the power to coin money. In 1792, the Coinage Act established the U.S. Mint and set the value of different species of coin:

The Act also established half-dollars, quarter-dollars, dimes, and half-dimes, each containing silver grains, as well as cents, half-cents, and mils (1,000th of a dollar) containing copper, each of the lesser coins representing different percentages of the dollar. The Act also appeared to set the ratio of the value of gold to silver, which at the time was 1 to 15.4. However, the gold coins, minted without denomination, floated relative to the value of the commodity silver, rather than the dollar coin – if the value of silver moved up or down per ounce, the gold coin’s value followed.

American gold coins as currency were last minted in 1933 and included the $20 Saint Gauden Double Eagle. In 1986, the U.S. began minting the American Gold Eagle coin as a collector’s item – its weight, content, and purity guaranteed by the U.S. government. The American Buffalo Gold Bullion coin of 99.99% purity was offered for the first time in 2011.

Paper currency, much more convenient than actual amounts of gold or silver, was issued by the United States between 1862 and 1964 in two forms:

Effectively, the amount of money which could be issued was based upon the amount of gold and silver held by the United States Federal Government. Private individuals could hold gold in the form of coins or bullion without restriction at that time. In response to the hoarding of gold coins and its effect upon the economy, President Franklin Roosevelt issued Executive Order 6102 in 1933 which required all citizens to give gold coins, gold bullion, and gold certificates to the Federal Reserve in exchange for Federal Reserve notes at a rate of $20.67 per ounce of gold exchanged. Failure to exchange was punishable by fines, prison, or both.

In 1934, the Gold Reserve Act raised the value of gold from $20.67 to $35 per ounce, a price that remained in place until 1971. Individuals were again allowed to own gold certificates in 1964, but they were no longer redeemable by the government for gold. U.S. citizens were again allowed to own gold in 1974 by executive order of President Gerald Ford.

In 1971, President Richard Nixon severed the last connection between gold and the United States monetary system, unilaterally canceling the direct convertibility of the U.S. dollar to gold. This action was a response to the dollar’s drop in value against other world currencies. Nixon’s act led to the floating system of international exchange rates which are still in place today. These allow the Federal Reserve to print as much or as little money as it deems appropriate to meet economic conditions.

At the same time, it introduced volatility into the exchange rate and increased risk in a world where goods and services are sold globally. According to conservative columnist David Frum, “The modern currency float has its problems.” Frum claims that a classical gold standard leads to chronic deflation and periodic depressions. However, he also believes that a regime of managed currencies tethered to gold produces too many regulations and controls, and that a floating currency makes for chronic inflation and bubbles – the American lot since 1971. However, this last system is favored by Frum – he calls it “the worst option except for all the others.”

Clearly, investors should view gold solely as an investment, no longer secured by a fixed price guaranteed by the U.S. government or any other national government. According to a 2012 article in Business Insider, “Very few countries hold meaningful gold positions when compared to their money supplies. Even Singapore, generally regarded as having one of the healthiest balance sheets on the planet, holds a mere 2% of its money supply in gold.”

Gold is predominately hoarded, historically in the form of jewelry and artifacts, but increasingly as investment. According to the International Monetary Fund, the United States is the largest owner in the world with an estimated 8,134 tons, representing less than 5% of total global reserves. An estimated 2,500 tons of gold are mined each year, continuing to add to worldwide inventory.

Gold as an Investment

Whether you should have gold in your portfolio depends upon your projection of future political and economic events, as well as the capital you have to invest and the period of time you intend to hold your investment. If you are an ardent gold bug, a person who thinks worldwide calamity is likely, or an industry advocate – such as BullionVault, which claims “A solid gold investment sets you free from the risk of credit default or banking failures” – you either already own gold, or are wondering when to buy and how much to buy.

If you have decided to buy gold, take your time and be sure that you pay a reasonable price considering the current investment environment. If you are making a decision whether to add gold to your portfolio, consider how it may perform relative to the following investment parameters:

Many gold investors, seeking to avoid the problems attendant with its ownership, purchase common stock in gold mining companies, ETFs, or gold exchange traded notes (ETNs) which are focused on the price of gold or gold stocks. Since the latter are derivatives which depend upon the price of the underlying commodity, their value can actually be more volatile than gold itself. J.C. Doody, editor of the website goldstockanalyst, says, “If you do go the gold stock route, you have to be prepared for the roller coaster ride.” If the price of gold drops 10%, stock prices of gold companies can drop 20% to 30%, according to Doody.

The rationale for owning gold is driven by the assumption that it can retain its value in the event of widespread war, monetary failure, government collapse, or societal turmoil – fears escalated by certain political commentators who may be supported by the gold industry itself. As with all emotional markets – whether driven by euphoria or fear – there are substantial profit opportunities for those who can accurately project public reactions. In other words, profits can come as a result of public expectations of an event, regardless of whether or not the event actually materializes. After all, while no one truly knows what would happen in the event of an institutional collapse, it is unlikely that any asset would emerge unscathed in such chaos.

If you believe, after considering the benefits and risks of owning gold, that an investment is warranted, follow the same good practices that should be used for every investment: Limit your risk by diversification and take a long-term view. Practically speaking, invest no more than 3% to 10% of your portfolio in the commodity and its derivatives (bullion, coins, ETFs, ETNs, and gold mining stocks). Also, be sure to work with reputable dealers and avoid over-reaction in times of stress.

If you decide to forgo a gold investment, take heart in the example of Warren Buffett, who has counseled the trustee of his will: Put 10% of the cash in short-term government bonds and 90% in very low-cost S&P 500 index funds.”

Does gold have a place in your portfolio? 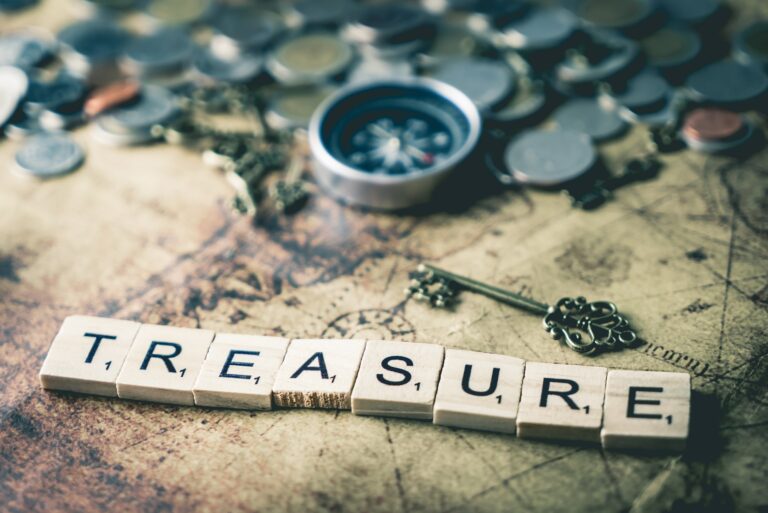 What are the best gold IRA companies?

Is Bitcoin or gold a better investment?