Social Security was created on August 14, 1935 when President Franklin D. Roosevelt signed the Social Security Act and has been controversial since its beginning. A Cato Institute commentary compared Social Security to Otto von Bismarck’s welfare state in Germany, calling it a “Ponzi scheme, with new contributions used to pay off earlier ‘investors.'” The author of the Cato commentary, Marc Rudov, doubles down his criticism in a second American Thinker article, stating that “Social Security is irreversibly insolvent.” These negative statements assume that future beneficiaries will receive no benefits or will receive payments less than their contributions because their contributions are being used to support current beneficiaries.

But what are the facts?

Though viewed by many as “socialism,” Social Security was created to protect Americans from the ravages of old age, poverty, and unemployment. In 1937, 53,236 beneficiaries (primarily white males) received benefits of $1.3 million, while in 2012 56,758,185 retired workers, dependent family members and survivors, and disabled workers and their family members received $773.2 billion in benefits. Social Security payments represent the majority income for more than two-thirds of all retirees, with an average monthly benefit of $1,235 – hardly enough to live comfortably in today’s expensive society, yet it often means the difference between homelessness, hunger, and despair.

In 2035, an estimated 91 million Americans will be eligible for benefits. While the program’s funding and benefits mechanisms will be changed, it will remain the primary financial safety net for most citizens.

Social Security has become a political football in recent years, the right decrying the program as the epitome of an entitled, socialized populace increasingly dependent upon government, with the left viewing the program as the “right and expectation of every American to a secure, healthy, and dignified retirement.”

Republicans have proposed privatizing the program, allowing (or requiring) each American to be responsible for his or her own investment success, while Democrats view such efforts as a backdoor attempt to gut the essence of the guaranteed benefits. Neither political party has shown a willingness to discard the rhetoric for facts, view the program without prejudice, or entertain amendments which conflict with their political ideologies. This environment and the continued over-the-top histrionics leaves the average American confused, conflicted, and concerned about the Social Security Program and its future.

Here are five of the most common political lies:

1. Social Security Is a Major Factor in the Nation’s Annual Deficit & Debt

Social Security payments do not add to the federal deficit or debt, despite conservative politicians’ claims. By law, Social Security is self-sustaining with its own funding – the payroll taxes collected from every working American – and cannot spend money (Social Security benefits) it doesn’t have. Paid payroll taxes are collected in either the Old-Age and Survivors Insurance (OASI) Trust Fund or the Disability Insurance (DI) Trust Fund, invested to earn interest, and used to make beneficiary payments.

In the early years of the program, there were more people paying into Social Security than people receiving benefits, naturally creating a surplus. That surplus was invested in the safest security in the world: debt securities issued by the United States. Conservative icon President Ronald Reagan stated explicitly in the 1984 Presidential debate, “Let’s lay it to rest once and for all…Social Security has nothing to do with the deficit. Social Security is totally funded by the payroll tax levied on employer and employee.”

Vice presidential candidate Paul Ryan stated that “Medicare and Social Security are going bankrupt” in the 2012 vice presidential debate. However, his statement (and similar comments by conservative politicians) is untrue, as it ignores the program’s annual revenues. If we applied that same logic to the largest corporations in America, none of them would last a year.

For example, Apple had approximately $57 billion in short-term cash and investments at the end of September 2012. Annual expenses, excluding revenues, are approximately $87.4 billion. Congressman Ryan’s logic suggests that Apple would be bankrupt within eight months, and obviously, that doesn’t make sense. Social Security received more than $725 billion in taxes in 2012, a number that is likely to increase as more people return to work and income levels rise.

The Social Security program is analogous to a large lake that provides water to a community. The lake is created when excess rain is collected, the level of water moving up or down as rain falls or people draw the water. If the lake is fully drained (all of the surplus water from prior years are used up), the community’s water usage will be limited to the rainfall in that particular year. In real life, droughts force water use restrictions; in the Social Security system, continued deficits between payroll tax revenues (rain) and beneficiary payments (water usage) require lower beneficiary payments to the level where total payments equal total payroll taxes collected.

In 2010, payments to Social Security beneficiaries exceeded receipts from payroll taxes for the first time, requiring the use of the surplus funds to maintain the promised level of benefits. If no changes are made, the surplus will be eliminated by 2033. At that time, if payroll taxes have not increased, benefits will be cut to match the revenues; the estimate today is that benefits will require a 25% reduction from existing rates. However, as Nobel Laureate economist Paul Krugman wrote in 2004, “It’s not at all hard to come up with fiscal packages that would secure the retirement program, with no major changes, for generations to come.”

The Motley Fool agrees. A combination of increasing payroll taxes by reducing the cap on earned income, slightly raising the retirement age for payments to begin, and reducing the Cost of Living Adjustment (COLA) would fix the fund for the next 75 years. The total impact would be the equivalent of raising total payroll tax rates 1.6%  – the payroll tax rate in 2013 will be 12.4% split equally between employers and employees – or about the cost of annual unemployment insurance, the high-end Bush tax cuts, or one-fifth of the defense budget.

The Congressional Budget Office in July 2010 issued a comprehensive study analyzing 30 different options available to maintain the existing level of benefits and ensure future generations will receive similar benefits as previous generations, but Congress has yet to act on any of its recommendations.

3. Social Security Funds Have Been “Stolen” By the Government

Conservative politicians have asserted for years that the surplus payroll funds collected in previous years have been stolen by government officials and used to fund other federal programs without the knowledge or consent of taxpayers. At best, such statements represent a misunderstanding of security investments, as the surplus has been invested in special issue Treasury bonds backed by the full faith and credit of the United States Government.

These Treasury securities differ from other U.S. debt as follows:

Critics often compare Social Security’s guaranteed monthly income with the projected benefits of private defined benefit or pension plans. According to Mercer, a global human resource and actuarial consulting firm, corporate pension plans have been underfunded by more than $689 billion. As a consequence, corporations are discarding defined benefit plans as quickly as possible from an estimated 112,000 plans in 1985, to less than 26,000 plans in 2011. The failure of corporations to meet their pension obligations led to Congress establishing the Pension Benefit Guaranty Corporation to protect corporate plan participants.

State and local government plans are in worse shape (a $1.4 trillion shortfall). This will undoubtedly lead to higher taxes, service reductions, and municipal bankruptcies.

4. The Benefits of Social Security Are Inferior to Private Sector Retirement Alternatives

The critics are wrong for the following reasons:

According to Robert M. Ball, a past Commissioner of Social Security, the Social Security Program is “social insurance” designed to help people “when earnings stop because one is too old to work or too disabled to work, or because the wage earner in the family dies, or because there is no job to be had, or when there are extraordinary expenses connected say with illness.” The Motley Fool echoes this sentiment, saying that Social Security isn’t a retirement plan, but rather is a universal insurance program that protects workers, retirees, and their families from life’s unknowns.

While the majority of benefits are provided to retirees, the following people are also eligible:

Is our Social Security system perfect? No, but our leaders agree that the Social Security program, in the words of Dwight D. Eisenhower, is “vital to the economic security of the American people.” Harry S. Truman once stated that it “is neither a dole nor a device for giving people something for nothing, but earned and guaranteed by the law of the land.” And President John F. Kennedy said on June 30, 1961, “The Social Security program plays an important part in providing for families, children, and older persons in times of stress. But it cannot remain static. Changes in our population, in our working habits, and in our standard of living require constant revision.”

Changes in the program are necessary and recognized by both political parties, although Republicans and Democrats have different views on the appropriate and necessary amendments.

What do you think – is Social Security worth saving? What amendments do you favor? 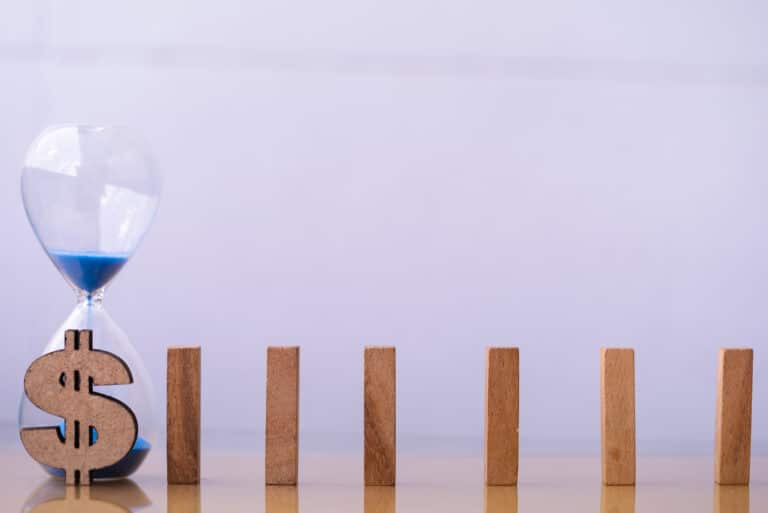