Most people assume that a federal income tax cut means more money in their pockets. It’s a time-honored political tactic to sway voters, and is in heavy use this election cycle. In 2012, we have a major difference between the parties’ positions. Republican Governor Mitt Romney has proposed that the 2011 tax rates, sometimes referred to as the “Bush tax cuts,” be extended and reduced an additional 20% with the top rate declining from 35% to 28%.

Democratic President Obama has also proposed an extension of the Bush tax cuts for most tax payers, with a caveat that increases the top rate from 35% to 39.6% for taxable income greater than $388,350. He also proposes to increase the capital gains tax from 15% to 20% to eliminate the existing preferential dividend treatment, and to cap itemized deductions at 28% of adjusted gross income for individuals earning more than $200,000 per year. The increase in rates would add $65 billion in new revenues each year. Obama has said that “those who have done well, including me, should pay their fair share in taxes.”

At first look, it would appear that the Republican plan does offer a significant tax decrease to middle-class Americans relative to what they currently pay and to what the Democratic plan proposes. But are appearances reality?

The Mechanics of Federal Income Taxes

Federal income taxes are the largest source of funds to run the Federal Government, with individual income taxes accounting for 47.4% of total revenues in 2011 and corporate income taxes another 7.9% of the total. Changing the rates will have momentous impact on programs and actions that the government provides to its citizens. If revenues go up, it will enable federal debt to be paid down and critical actions, such as infrastructure reconstruction, to occur. If revenues decrease, it will require that existing expenditures in social programs and defense be cut or reduced.

Understanding how a change in rates as proposed by both candidates will affect future revenue is critical, particularly in this era where the government runs substantial deficits.

To better understand how income tax is calculated, consider an example of a typical small businessman with a gross income of $150,000. The following calculations illustrate how his taxes would be calculated with the Bush tax cuts extended filing with single taxpayer status:

If income tax rates are reduced 20% as proposed by Governor Romney and all other figures remain unchanged, the taxes paid by the businessperson in the above example would drop to $12,884 versus $13,106 previously, a savings of $222. Reducing tax rates alone, however, will reduce taxes paid and, simultaneously, gross revenues to the Federal Government.

In order to avoid the decrease in revenues, Governor Romney has proposed either eliminating tax preferences, such as the mortgage interest rate deduction and the charitable deduction, or capping the deduction to a specific amount, such as $17,000 per taxpayer. Adjusting tax deductions to the $17,000 limit proposed by Governor Romney would increase our businessperson’s taxable income to $125,700, which would be subject to the lower proposed tax rate. What is the net effect? The income tax due would rise to $19,925, an increase in the tax due of $6,819 – or 52% above the rate paid under current law.

To be fair, Governor Romney’s remark about the $17,000 cap on deductions was among a range of policy examples and was intended to be only an illustrative example. Nevertheless, it’s important to recognize that reducing income tax rates while eliminating deductions in order to maintain the same level of government revenue from income taxes is a difficult and complex exercise. A cap on the amount of deductions which is also revenue-neutral (meaning tax revenues would not be reduced) would mean that higher-income individuals will pay more tax, not less – a similar stance proposed by President Obama. 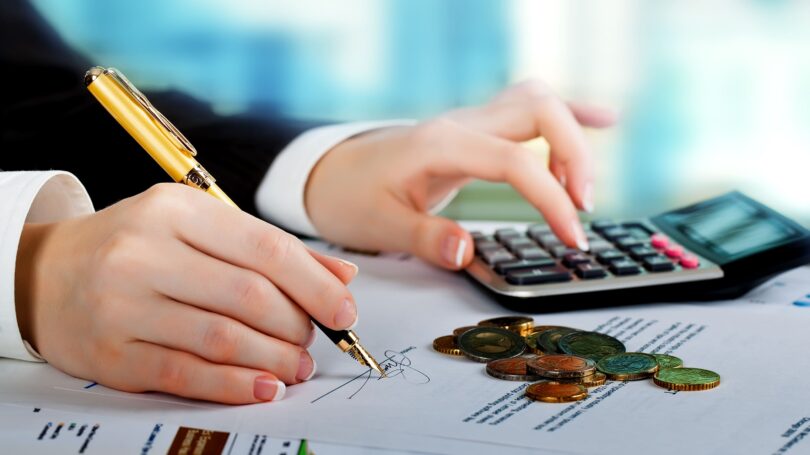 Governor Romney, in line with the Republican platform, has advocated a general reduction in income taxes paid by Americans:

In a review of the Romney tax proposals with the changes that are known, the Tax Policy Center (TPC) stated that a “revenue-neutral individual income tax change that incorporates the features Governor Romney has proposed would provide large tax cuts to high-income households, and increase the tax burdens on middle- and lower-income taxpayers.”

When challenged by Fox News broadcaster Jim Angle that the conclusion had not considered Romney’s list of tax preferences which would be cut simultaneously with the rate reduction, the TPC recalculated the results and affirmed their original conclusion. They added, “These additions do not change the basic results.” Economists, such as Martin Sullivan at Tax Analysts and Mark Zandi at Moody’s Analytics, have confirmed the TPC calculations with statements that the plan is not “mathematically possible.”

Republicans and Romney assert that economists have failed to consider the plan’s effect on job growth, insisting that lowering rates will stimulate the economy, thereby increasing jobs and income across the board. However, the amount of such growth, if any, is speculative and often exaggerated. R. Glenn Hubbard, Chairman of President Bush ‘s Council of Economic Advisers (and now an adviser to Governor Romney), said of the Bush tax cuts, “To me, the Bush tax cuts get too much attention… The pro-growth elements of the tax cuts were fairly modest in size.”

Furthermore, a recent report from the nonpartisan Congressional Research Service concluded that “changes over the past 65 years in the top marginal tax rate and the top capital gains tax rate do not appear correlated with economic growth. The reduction in the top tax rates appear to be uncorrelated with savings, investment, and productivity growth. The top rates appear to have little or no relation to the size of the economic pie.”

The report goes on to say that reducing the top tax rates is associated with the “increasing concentration of income at the top of the income distribution.” In other words, reducing rates on top income earners has no significant effect on overall economic growth, but does increase the wealth of those at the very top. 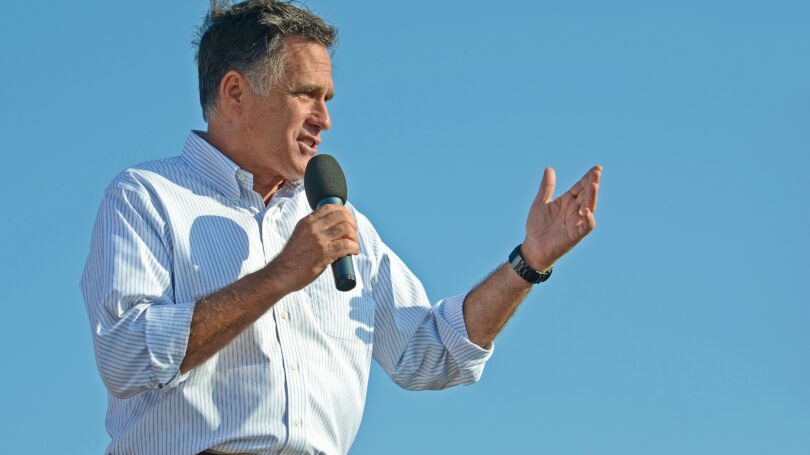 According to CNNMoney, President Obama’s tax proposal would increase taxes paid by high-income taxpayers – the top 1% with cash incomes of $630,000 – by about $109,000 per taxpayer. On the other hand, the Tax Policy Center estimates that those with taxable incomes between:

Overall, the new tax rates, after extending the Bush tax cuts for most Americans, would raise an additional $650 billion to $2.1 trillion in taxes over the next decade. Unlike the Romney proposal, Obama’s recommendations would raise federal income taxes and revenues, but will be borne primarily by the most wealthy citizens of the country. According to President Obama, the additional tax income revenues with savings from the end of the wars in Afghanistan and Iraq and a reduction in other federal spending will allow the country to replace previous cuts in education, rebuild infrastructure, and reduce the deficit.

The resistance to Obama’s approach is primarily philosophical and political. Many citizens fear the idea of “big government” and its intrusion into everyday life. Paradoxically, there is widespread approval for smaller government, but virtually no majority support for the curtailment of any significant government programs. 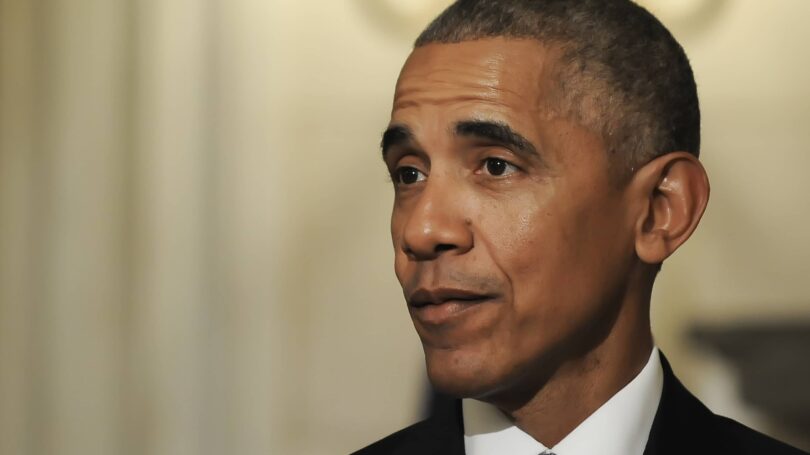 American voters have yet to learn that there is no free lunch. Reducing taxes without drastically cutting expenditures will add to the national debt and future interest costs. Unchanged, non-discretionary spending for Social Security, Medicare and Medicaid, interest on the debt, and mandatory payments, including the Troubled Asset Relief Program (TARP), will eliminate all expenditures other than for defense which now accounts itself for 18% of expenditures. In reality, we cannot lower federal income tax revenues. And virtually every Republican office holder and candidate (238 House members, 41 Senators, and the Vice Presidential and Presidential nominees) has pledged to never increase taxes.

Furthermore, attempts to reduce income tax deductions to offset lower tax rates are likely to be unsuccessful due to the popularity of the larger deductions, including deductions for home mortgage interest, health insurance premiums, and charitable giving, as well as the tremendous influence of special interest groups on Congress. Past attempts to reduce or eliminate programs, such as agricultural subsidies, have always failed as have efforts to restrain costs in programs like Medicare or Social Security. If we are to solve our fiscal problems, it’s time for nonpartisan discussion and negotiation without pandering to our desire to get something for nothing.