You’ve saved and saved and now have a considerable nest egg to use as an emergency fund or set aside for future financial goals, such as making a down payment on a home or funding your retirement. But where should you stash your savings so that it earns a decent rate of return and so that it’s relatively safe?

One answer might be to invest your money in certificates of deposit (CDs). CDs typically offer a higher annual percentage yield (APY) than a basic savings account. Many are insured by the Federal Deposit Insurance Corporation (FDIC), meaning your savings won’t lose value.

In exchange for higher CD rates, most issuers expect you to lock away your money for a set period of time, such as 12-months or up to five years. Should you need to access your cash before the CD matures, you can lose a few months’ worth of interest.

One way to keep your money relatively accessible is to build a CD ladder. Laddering your CDs lets you stagger their maturity dates. You can take advantage of higher interest rates offered on longer-term CDs while minimizing the risk of having to pay an early withdrawal penalty. If you don’t need the money in the CD when it matures, you can reinvest it, moving it to a new rung on your ladder.

How to Build a CD Ladder

How big or small your CD ladder ends up being is up to you, based on your savings goals and the money you have available. A common savings strategy is to open five CDs with term lengths ranging from one year to five years. When the first CD matures, you convert it to a five-year CD. The goal is to always have five CDs, with a new one reaching maturity every year.

1. Decide How Much You Want to Save

The first step when building your ladder is to decide how much money you want to put into it. Ideally, the money you invest in a CD ladder will be money you’re saving for medium or short-term financial goals. It’s usually a good idea to keep emergency savings liquid, tucked away in a savings or checking account so you can access them at a moment’s notice should you need to cover an unexpected bill or need the money to make up for income loss.

Money you’re saving for longer-term goals, such as retirement, is usually best kept in an account that will earn a higher rate of return and that has tax advantages, such as a 401(k) or IRA.

The money you tuck away into a CD ladder might be funds you’re saving for a down payment or for another goal that isn’t pressing but also isn’t too far off in the future.

2. Shop Around for the Best Rate

Like any other product that earns interest, the rates offered for CDs vary from financial institution to financial institution. An online bank like CIT Bank that offers high-yield savings rates might offer better rates for CDs compared to a traditional bank. Credit unions might have higher interest rates than banks.

It could also be the case that one bank offers better rates than another on shorter-term CDs, or that one financial institution offers better rates on long-term CDs than a competitor. When choosing where to invest your money, you aren’t limited to working with only one institution. You can open a one-year CD with one bank and a two-year CD or three-year CD with another based on the rates that are available.

Along with looking at the rates offered on the CDs, check out the withdrawal penalties. Some CDs might charge you three months’ worth of interest if you have to pull the money out before the CD matures. Often, the longer the maturity period of a CD, the bigger the early withdrawal penalty.

There are CDs out there that don’t have any penalties, though. If you think you might need frequent access to your money or that you might have to tap into your CD before it matures, it can be worth it to look for a penalty-free option, at least for one of the rungs on the ladder.

After you’re done the research and have found the banks or credit unions that offer the best interest rates, transfer your money over and open the CDs. Your ladder might look something like this:

4. Reinvest the CDs at Maturity

When you’ve opened your CDs, you can sit back and relax for the next 12 months, provided you don’t need to use the money you’ve set aside. At the 12-month point, that first CD is going to mature. Your bank will most likely send you a notice, advising you of the maturing date and letting you know your options.

Although the CD might be set to renew automatically, you don’t want that to happen because of your ladder strategy. Instead, you want to withdraw the money after it matures. Shop around for a new five-year CD, looking for one with the highest interest rate and best terms.

After one year, your five-rung CD ladder will look like this:

For the first four years, you’ll need to repeat the process of closing out the maturing CD and opening a new five-year CD. Once you get to year five, the CDs should all be renewing with five-year terms. You only need to worry about your ladder if you want or need to access the money, if you find significantly better interest rates elsewhere, or if your financial goals change.

Benefits of a CD Ladder

As a savings tool, CD ladders offer several benefits. Although they might not always be the right option, there are cases when they make sense.

Drawbacks of a CD Ladder

CD ladders can be a good savings tool to use but they aren’t perfect. Two of the drawbacks of CD ladders are limited liquidity and reduced earnings potential.

When interest rates are low, CDs aren’t going to earn much at all. It might not make sense to lock up your money in a five-year CD with an APY of only 0.55%, for example. That rate is well below the average inflation rate, so even though your money is earning interest and it’s protected by the FDIC, you could be losing buying power.

The money in your five-year CD is also meant to be there for the full five years. Should rates increase during that time, you risk missing out on getting a higher interest rate until the CD matures.

Choosing the CD Ladder Structure That Works for You

The five-year CD ladder is just one example of a ladder you can build with certificates of deposit. It’s low-maintenance but not very liquid, which can be fine when interest rates are high.

In periods when rates are low or when you might need your money sooner rather than later, it might be worthwhile to build a shorter CD ladder. Instead of choosing CDs that mature at regular intervals each year, you might choose CDs that mature every few months. Your ladder could consist of:

If you build a ladder that initially has shorter terms and rates rise, you can simply move the money into a longer-term CD once each rung matures. A ladder with shorter terms can also make sense if you have a financial goal that is a few months away rather than years away.

Along with a savings account for your emergency fund and retirement accounts for the more distant future, a CD ladder can be a tool that lets you reach your financial goals. As with any savings strategy, think carefully about what you want to get from your CD ladder and whether it will help you achieve your goals before you start building one.

Amy Freeman is a freelance writer living in Philadelphia, PA. Her interest in personal finance and budgeting began when she was earning an MFA in theater, living in one of the most expensive cities in the country (Brooklyn, NY) on a student's budget. You can read more of her work on her website, Amy E. Freeman.

Banking Navy Federal Credit Union Review - How Does It Stack Up? 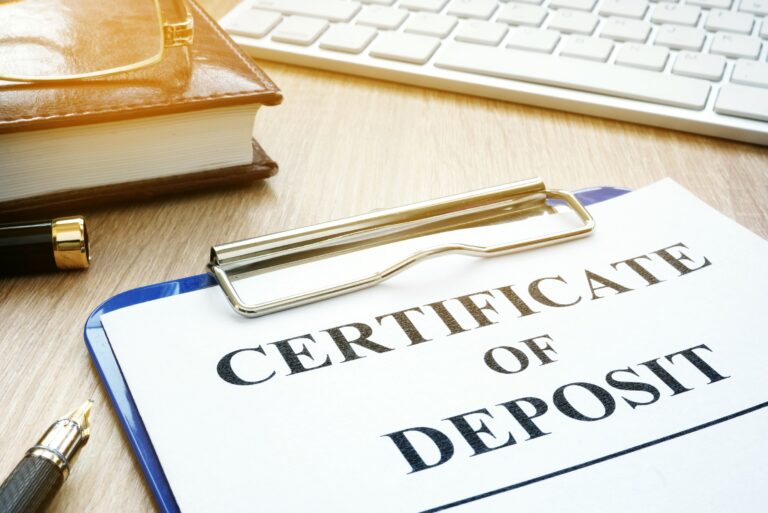 What are the best banks for high yield CDs?

What are Series I savings bonds?

How should I invest in my 60s and beyond?