Becoming and being a good parent isn’t automatic, particularly in the modern world. New parents in previous generations benefited from extended families of grandparents, aunts, uncles, and cousins who were generally a part of the child-rearing process. But today, many families are miles away from relatives and parents have to go it alone, learning “on the job” and hoping their decisions will teach their child skills to have a happy and successful life.

Child psychologists believe that the first three years of life are most critical to a child’s brain development. A three-year-old toddler’s brain is twice as active as an adult’s brain and has more than 1,000 trillion connections between brain cells, many more than will ever be needed. These brain cells and the connections between them are what form the basis for emotional, intellectual, and physical development. During the early years, many of these connections will be strengthened and further developed while others, due to lack of use, will die. It’s up to parents to help children nurture and retain these connections so that they may be better prepared for the intellectual, social, and physical rigors they’ll face in school and throughout life.

Tips for Every Parent

1. Give Your Child Unconditional Love

Showing children you love them for who they are and not what they do is acutely important to their self-esteem. It requires that you separate the child from his or her behavior. For example, toddlers frequently scream, cry, pout, strike out, and sulk when they are tired, uncomfortable, frustrated, hungry, or bored. At those moments, they are not very easy to be around, but this is the best time to show them you love them. If they are old enough to understand, explain that their behavior makes you unhappy or angry, but that no matter how badly they act, you still love them.

Psychologists agree that it is impossible to spoil or over indulge a baby, so take every opportunity to hold and caress them. Physical touch is important.

2. Spend Quality Time Every Day With Your Child

Managing your time in a busy world can be a challenge, and there are countless reasons to postpone or miss unstructured one-on-one sessions with your child. As a consequence, just talking and looking into your baby’s eyes becomes an activity that needs to be prioritized and sometimes even scheduled. This focus communicates your child’s importance to you more than any words can.

When spending time together with your infant or toddler, there are a couple things you may want to keep in mind:

What your child eats is particularly important before age three. In fact, research proves that there is a direct correlation between later intelligence and early diet. Processed foods high in fat and sugar reduce a toddler’s later IQ, while “healthy” diets with items such as rice, pasta, fish, and fruit raise IQ.

Nutritionists recommend that babies and toddlers primarily eat homemade baby food that is freshly prepared, unsalted, and unsweetened to train their taste buds to select healthy foods later in life. While all babies are born with a preferences for sweets (breast milk is very sweet), the rest of their taste preferences are learned as they begin to eat pureed and solid foods. What they are fed initially becomes the standard to which all later foods are compared. As a consequence, children who are weaned on canned and artificial food prefer unhealthy diets the rest of their lives.

Unfortunately, parents are working at a disadvantage here. “Child-friendly” foods are generally high in sugar, fat, and salt, such as sweetened yogurt, apple juice, Goldfish crackers, and macaroni and cheese. Try to use these foods only as occasional treats; they shouldn’t be staples of your child’s diet. Healthier foods and snacks include low-fat yogurt, scrambled eggs, baked sweet potato chips, hummus, raisins, fruits (not high-sugar fruit juices), peanut butter with banana, whole grain cereals, and nuts.

4. Read to Your Child

When you read to your children, you teach that reading books is fun, that the marks on the page represent letters and words, and that each letter or combination of letters has a different sound. Reading to children increases their vocabulary enormously. In fact, research shows the average child in a non-reading home hears 600 words an hour, while children with parents who read to them hear more than three times that number of words. Regular reading adds up to 48 million words by age four for kids in the latter group versus 13 million, or 73% fewer words, for the former.

Experts have made a number of suggestions:

While exposing premature babies to Mozart to improve intelligence has now been disproven, there is some evidence that the practice can lead to metabolic changes that facilitate healthy weight gain and better medical outcomes later in life. Singing lullabies and nursery rhymes, singing and dancing while holding your child in your arms or by the hand, and making up tunes together with horns, drums, or harmonicas is fun as well as educational. Plus, there is evidence that this introductory interactive music training leads to a toddler who smiles more, communicates better, is easier to soothe, and more easily adapts to change.

Science has also shown that babies as young as nine months can categorize music as happy or sad by the melody, an example of how they make sense of the world long before they can talk.

6. Do Physical Activities Together

Physical exercise benefits humans of all ages, including toddlers and young children. Babies of only six months begin to lift and support their body with their feet and hands, and then rapidly progress to coordinate the movement of limbs to crawl, and develop balance to stand and walk.

Activities like climbing up and down stairs (with parental help), kicking and throwing balls, running, and riding a tricycle should be encouraged to benefit children physically, but also to teach them the relationship between failure and success. While it is important not to push children beyond their limits, the lesson of falling and getting up to try a second and third time is integral to healthy development and to overcoming obstacles they will meet in later life.

7. Turn off the Television

Television watching has become the dominant activity in many American households. While most parents know it’s not a particularly healthy activity for anyone, it is particularly bad for children under the age of two. The latest research suggests that toddlers who watch television share numerous traits:

As a consequence, the American Academy of Pediatrics (AAP) recommends limiting television for children under the age of two, particularly as there is no evidence that TV has any benefit to a child’s brain development. However, if you decide to allow your child to watch television, it is always best to watch with them so you can discuss what they see. But it’s preferable to replace the time you previously spent watching television with regular reading sessions.

8. Give Your Child Discipline

Children should learn to take responsibility for their actions by owning up to mistakes, correcting those mistakes, and accepting the consequences for their actions. However, as a parent, you need to recognize that children less than two years old don’t yet have the cognitive abilities to remember or reflect on prior instructions before acting. Repetition is not only required, but essential to teaching the rules and expected behavior.

Raising children is the most difficult and most rewarding task a human can do. As Joyce Maynard said, “It’s not only children who grow. Parents do too. As much as we are concerned with what children do with their lives, they are watching us to see what we do with ours. I can’t tell my children to reach for the sun. All I can do is reach for it, myself.”

Regardless of any differences in gender, ethnicity, age, or nationality, we share one thing in common – we want the best for our children.

What is the hardest problem you’ve faced as a parent?

Kids 6 Ways to Build & Improve Your Child's Vocabulary for Success

Kids What Is Child Support - Laws & Guidelines for Payments 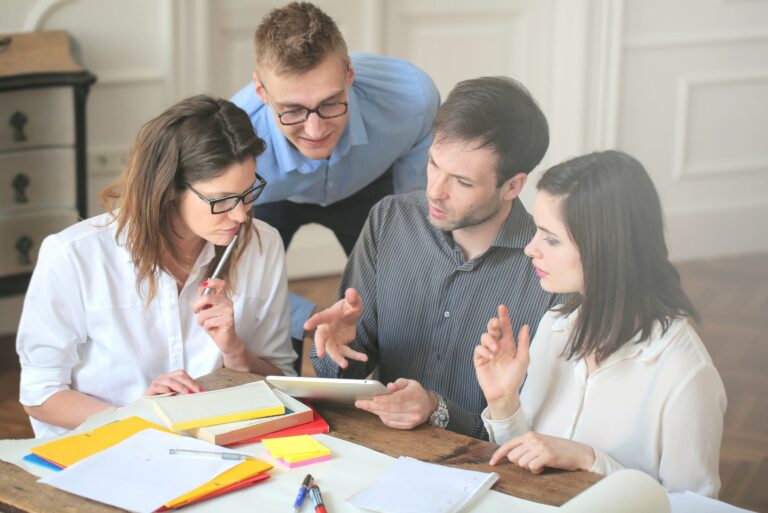