When Grammy award-winning rapper Curtis James Jackson III – also known as 50 Cent – filed for bankruptcy, it left a lot of people scratching their heads. 50 Cent, one of the world’s bestselling rappers, has sold more than 30 million albums throughout his career. If someone with his fame and fortune has to resort to bankruptcy, what hope is there for the rest of us to make ends meet?

Unfortunately, 50 Cent’s story is by no means unique. Musical artists, athletes, film actors, models, television stars, and other celebrities routinely file for bankruptcy. Even A-listers with incredible success can run into financial problems if they spend beyond their means, no matter how significant those means are.

Spending More Than They Earn

As part of an exhaustive exposé on celebrity spending habits, Vulture writer Claude Brodesser-Akner consulted a high-profile money manager working in Hollywood who confirmed that “very few” top-tier celebrities live within their means. The main financial problems for the Hollywood elite stem from divorces, unreasonable career expectations, and private jets.

For example, rapper M.C. Hammer squandered a $33 million fortune by overspending on a “luxurious lifestyle and large staff,” according to Fox News Magazine, and filed for bankruptcy in 1996. Supermodel Janice Dickinson filed bankruptcy in 2013 after racking up one million dollars in debt. And in 2012, former NFL superstar Warren Sapp owed more to creditors than his net worth, and also declared bankruptcy.

Many other celebrities haven’t filed for bankruptcy – but have still racked up monstrous bills. Brodesser-Akner reports mind-boggling expenditures including $130,000 per year for a nanny and $100,000 per year for a personal stylist for a celebrity’s six-year-old child, as cited in Business Insider.

For many people in the public spotlight, the pressure to give the appearance of “living the high life” is incredible. America’s collective fixation on celebrity culture tends to put household names on a pedestal, but making it in an industry doesn’t mean your money troubles go away. In 2011, on an episode of MTV’s “Cribs,” 50 Cent displayed three Ferraris, apparently indicative of his massive wealth. However, the cars were rumored to have been borrowed from a private car collector just for the show, though the musician never confirmed the allegations. 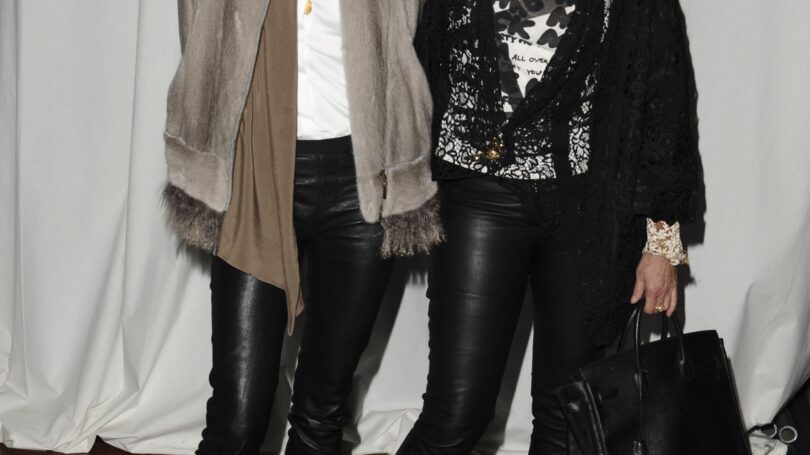 Sports Illustrated conducted a study of athletes in 2009 which found that within two years of retirement, more than three-quarters of former NFL players either filed for bankruptcy or were struggling financially. NBA stars fare slightly better, with 60% experiencing money trouble within five years of retirement.

To be fair, the average American isn’t faring much better. According to Forbes, the average 401k balance for Americans at age 65 is a mere $25,000. Since the World Bank estimates current life expectancy for Americans at over 78 years, that means 65-year-olds have an average of less than $2,000 per year to last the rest of their lives.

Of course the average American doesn’t make the kind of salary that a professional athlete makes, but should we really hold them to a higher standard? Perhaps the problem isn’t what athletes make during their careers, it’s that their careers are so short.

Here’s a snapshot of professional athlete salaries and career duration, according to USA Today:

NBA players who start playing at 20 and retire at 25 have much better prospects, with an average of approximately $425,000 per year to last for life. Of course, for every player like Kobe Bryant who made more than $30 million during the 2013-2014 season, there are plenty of other players who made the league minimum of $490,180.

Certainly, that league minimum is amazing compared to the median American income, which was $41,704 for 2015, according to the Bureau of Labor Statistics. However, if you’re only employed for five years, it’s essential that you have a post-retirement gig lined up. 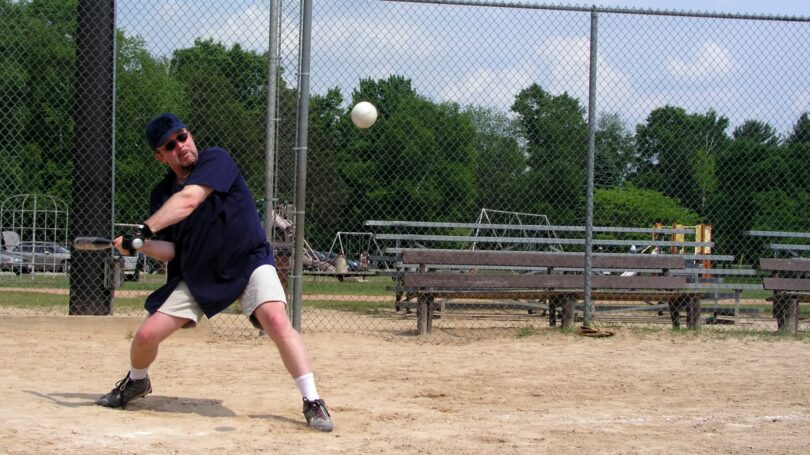 According to The Hollywood Reporter, there is no longer such thing as a middle class when it comes to Hollywood film stars. Film studios scrounge to meet the salary demands of A-listers, and everyone else gets nickel and dimed.

The Screen Actors Guild reports a minimum daily pay rate of $842 for actors on a film. This doesn’t include extras, who make a minimum of $148 per day, according to The Hollywood Reporter. Actors signed on to a film for a week must be paid $2,921 for a week’s worth of work, but that drops to $2,087 per week if you’re signed on for a 20-week shoot.

Although you could make more than $40,000 for a single film, that salary is hardly enough to live the life of Hollywood royalty. Furthermore, the National Endowment for the Arts reports staggering unemployment rates among actors. In 2013, the unemployment rate stood at 31.8%.

Overall, the Screen Actors Guild reports an average annual income of $52,000, according to statistics cited by The Hollywood Reporter. That’s a respectable income, but hardly enough for a private jet.

According to The Hollywood Reporter, $150,000 per episode is a common salary for big name actors, while actors on the most highly rated shows can pull in a seven-figure salary for every single episode. Cable TV shows might have as few as 10 to 13 episodes in a season, while some network shows can have 24 or more episodes.

Many reality TV stars make virtually nothing for their time, and sacrifice a whole lot of privacy in exchange. At a minimum, most reality producers compensate show participants with a daily stipend to cover essential costs.

Some reality show participants on multi-season franchises can negotiate a salary bump for a second season. TV Guide reveals that Elena Gant, who stars on “Little Women LA,” is paid $2,000 per episode. On the other end of the spectrum, the Kardashian family negotiated a $40 million, three-year deal with E! for “Keeping Up With The Kardashians” and related spinoffs, according to Forbes. 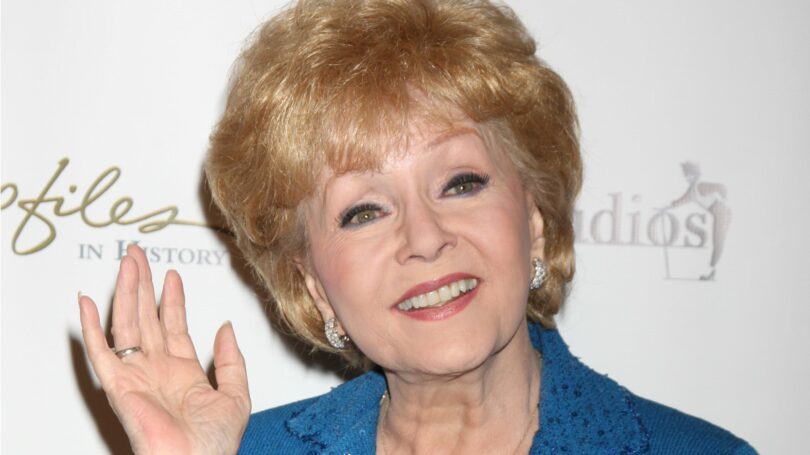 In early 2015, The Atlantic declared that “CDs are dead…and digital music sales are lying in the adjacent grave.” Today, many listeners stream music online using services such as Pandora and Spotify. That translates to tough money-making opportunities for musicians.

According to The Atlantic, here’s what an artist has to accomplish in order to earn the U.S. monthly minimum wage of $1,160:

Imagine being popular enough to have people listen to your song 4 million times in a month – and then imagine only taking home minimum wage.

The Paradox of Touring

With many concert tickets costing $100 or more apiece, it seems like touring would be a lucrative way for artists to bring in more money. Unfortunately, that’s not always the case.

In 2014, Digital Music News highlighted the band Pomplamoose and their loss of money while on a 28-day tour. Although the band brought in around $100,000 in ticket sales, nearly $30,000 in merchandise sales, and another $9,000 from a sponsor, their expenses (equipment rentals, lighting, transportation, hotels, food, insurance, salaries for the crew, per diems for the band, publicity, merchandise manufacturing, and commissions) exceeded the tour’s income by nearly $12,000.

Their story isn’t unique. Bigger stars bring in more ticket and merchandise sales, but they also have proportionately higher expenses.

Musicians’ struggles to make money are nowhere near over, and even the biggest artists in the world aren’t immune to the changing tide in the music industry. Like other celebrities, musicians are increasingly turning toward endorsements and paid appearances at award shows and other events in order to supplement income.

It’s easy to get caught up in glossy magazine photos and TV shows and assume that everyone we see is eating caviar and jetting off for exotic vacations. The harsh reality is that fame does not always equal riches, and even when the money comes, it could be very short-lived.

How would you manage your money if you were a celebrity with large sporadic paychecks?