How People Use Credit Cards in Foreign Countries Other Than the U.S.

When it comes to economic issues, the media has a love affair with hyperbole. For instance, in 2010, CBS News ran a chilling report on American consumer debt. Entitled “Addicted to Debt,” the story gave detail about the state of American consumer debt. Among the data points, the piece reported that Americans owe $775 billion in total on their credit cards. Blaming impulsive shopping, experts pointed to an “unbelievable trend” that was making credit card debt the next crisis for the United States economy.

Several years later, that “unbelievable trend” is history. The total amount of credit card debt owed by Americans has fallen since its peak in 2008 – and in fact, consumer debt held by Americans had been falling for more than a year when CBS ran its story on America’s supposed debt addiction. According to the Federal Reserve Bank, the total owed on revolving debt fell by almost 16% from its peak of $1.05 trillion in 2008 . Now, Americans owe about $845 billion in revolving debts – and the amount Americans are charging on their cards gets smaller by the month.

The reality, of course, is much different.

Credit Cards in the UK

Did you know Experian is not an American company? Back in 1996, Experian’s American owners sold the company to Dublin-based GUS plc. The owners of Experian at the time were none other than Bain Capital, which was then headed by a little-known financial juggernaut by the name of Mitt Romney.

After buying the company for an undisclosed sum, GUS combined it with another previous acquisition based in the UK known as CCN Systems. The combination of the two created the Experian that we know today, with all its credit-scoring and tracking capabilities. Experian remains one of the most important credit reporting bureaus in America and Britain, with operational headquarters in Dublin and CCN Systems’s original home, Nottingham. That’s right – the company that tracks your credit history is located in Robin Hood’s old stomping grounds.

This means the ways people apply for a credit card, the way card issuers make credit decisions, and the way credit card limits and interest rates are decided upon are similar on both sides of the pond. This doesn’t mean the way Americans and Brits use credit cards is the same, however – according to a study by Aviva Family Finance, a British insurance company, and reported by the Guardian, credit card and personal debt owed by families in the UK rose in 2011 by 48%. Likewise, UK residents were saving less at a time when Americans were saving more, according to data from the Bureau of Economic Analysis.

Scandinavian economies are much admired around the world for their frugality and restraint, but are also criticized for heavy government intervention in markets and high tax rates. Scandinavian nations (Norway, Sweden, Finland, and Denmark) tightly regulate almost every industry in their economies, and finance is no exception. This means that the amount of credit any individual person can get in these countries is limited, and banks generally only issue credit cards to customers if they also have a bank account with the bank and can provide documented proof of their income.

Nordea Bank, one of the largest banks in Scandinavia, with branches in Sweden and Finland, offers several branded Visa and Mastercards that are accepted in Scandinavia and around the world, but it won’t ask Experian for a credit score. Instead, it checks with a central reporting agency to see if the customer has defaulted on credit cards or other loans in the past. For instance, credit details for Finns are held with Asiakastieto, which banks can query about past payment histories.

If the consumer hasn’t defaulted in the past and doesn’t have too much debt outstanding, he or she will be offered a credit card that remains below the legally allowable amount of credit a person can get in the country (this varies from country to country). Tying total debt a person can qualify for to the person’s income places a low ceiling on how much debt a person can get – and how much they can default on.

Many Americans might be surprised to learn that there are several nations that owe more credit card debt per capita. South Korea is one such country. In 2011, Reuters pointed out that South Koreans owe more on their credit cards than Americans did before the subprime mortgage crisis. While Americans are paying down their debt, Koreans are charging more and more. Although Korea has gone through debt crises before in the late 1990s and early 2000s, Koreans owe more on their credit cards relative to their income than they did in either previous era. According to the Bank of Korea, household debt is 136% of disposable household income – very near the 138% that Americans held just before the subprime mortgage crisis.

Korean banks issue credit cards much like American banks, although Korean banks use more manpower to confirm that applicants actually work where they claim to work, usually requesting proof of income, in addition to confirming the applicant’s credit history with the Korea Credit Bureau.

In Japan, credit cards are distributed in much the same way: Banks assess the risk of the individual applicant on a more case-by-case basis by calling employers to confirm that the applicant’s documents are accurate.

In both countries, a bank typically only issues credit cards with a limit no higher than one month’s income in an effort to control the amount of risk for the bank. Plus, credit card debt is typically paid off in one of the three ways in these countries:

Revolving credit is the hardest to get in both countries, and is particularly discouraged in Japan in order to keep private debt low. In South Korea, the amount of revolving debt has steadily risen over the past 15 years as the country has gotten wealthier and Koreans spend more and more.

In 2012, Citigroup made history by announcing that it was the first Western bank that would issue credit cards in China. As the country’s economy has grown and demand for consumer debt has increased, foreign banks have put increasing pressure on China to allow them to get a piece of the consumer debt pie. Already, domestic card network UnionPay had become the largest card payment system in the world, and had a monopoly on the country’s credit card market until the World Trade Organization ruled that the monopoly was illegal and the country needed to open up to foreign firms. Now, Visa, MasterCard, and American Express are pushing to gain access to the country’s card networks.

Until that happens, expats in China might find it frustrating to use plastic. Foreign Visa and MasterCard cards work with no problem at many stores in the Middle Kingdom, but domestic Visas and MasterCards do not, so some expats need to carry both their foreign and domestic cards. UnionPay is widely accepted outside of China, and its presence in America, Europe, and the Middle East has been steadily expanding as merchants seek business from affluent Chinese tourists.

In China, credit card usage grew by 20% in the third quarter of 2011, with almost 270 million cards issued nationwide. Those cards are being issued at a time when credit card default is growing in China. In May 2011, defaults rose by 6.7%.

Defaults in China are best avoided. In 2010, Beijing announced that anyone who defaulted on credit card debt above 10,000 yuan ($1,584) could face criminal charges.

Like other nations in East Asia, Chinese banks check an applicant’s salary and confirm his or her personal details, and cards can be given on a revolving debt or short-term payment basis. Foreigners are also told that they need to give details of an international credit card issued in their home country. If the foreigner leaves the country without paying his Chinese debt in full, the bank charges any outstanding balance to the international credit card.

Credit cards have become one of the most popular financial instruments in the world, and the amount of cards issued worldwide is likely to grow as more people rely on debt. The way that different countries approach the concept naturally varies according to local traditions and the development of the country’s local economy.

How do you think credit cards will change in America and the rest of the world in the next decade?

Michael Foster earned a B.A. in English at UCLA and went on to travel around Europe and Asia for a decade before coming to NYC. At one point, he got a Ph.D. Nowadays, he thinks and writes a lot about personal finance and investing. 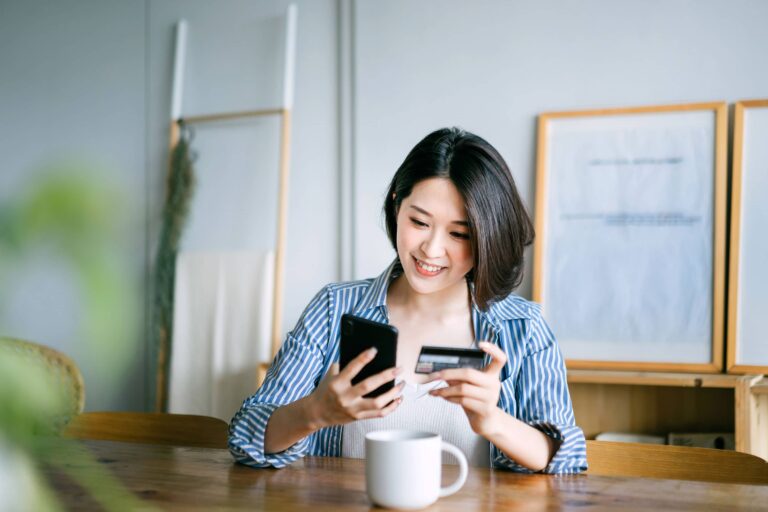 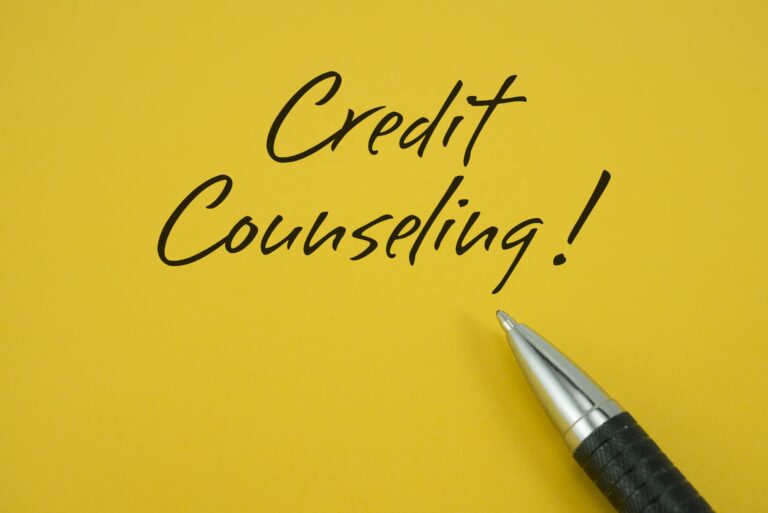 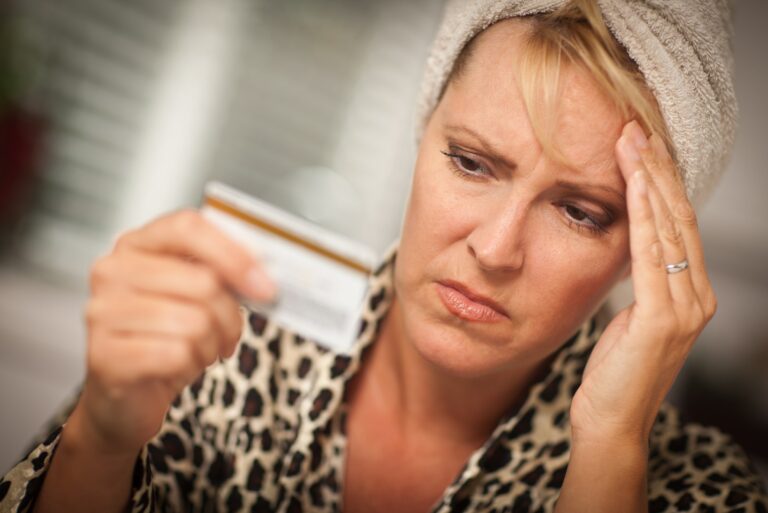 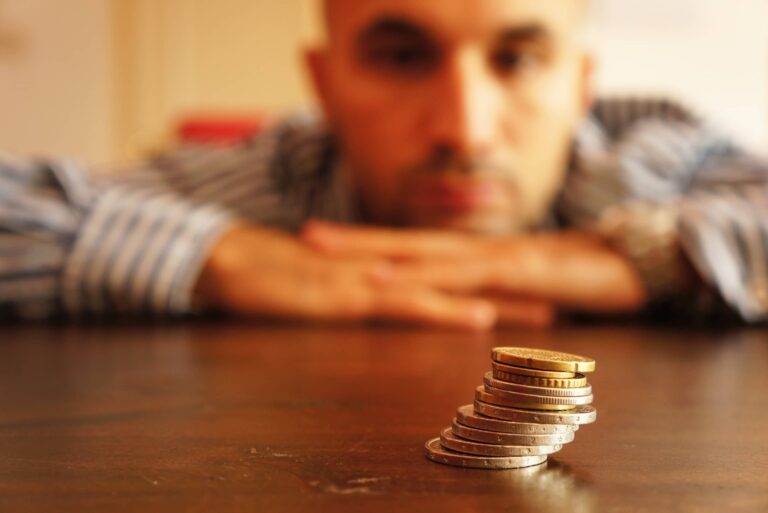