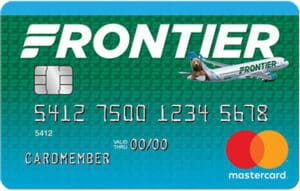 Barclaycard targets Frontier Airlines World Mastercard® squarely at budget-conscious flyers looking to save money on travel within the United States. Though it’s not included on our list of the best travel rewards credit cards on the market, this card is useful for people who regularly use Frontier Airlines, a Denver-based discount carrier that serves major cities in the U.S. and Latin America.

Frontier Airlines World Mastercard does have a $69 annual fee, so it’s not ideal for light spenders. The ideal user is someone who flies Frontier at least a handful of times per year and accumulates EarlyReturns miles – Frontier’s loyalty currency – quickly enough to offset that recurring charge.

A long 0% APR introductory promotion on balance transfers sweetens the deal for consumers facing high-interest balances on existing credit card accounts. And cardholders who spend at least $2,500 each year earn $100 off their next Frontier flight.

If you’re looking for a travel credit card that makes one of the country’s top budget airlines even more affordable, you need to learn more about Frontier Airlines World Mastercard. Here’s a comprehensive look at its features, benefits, drawbacks, and overall suitability.

When you spend at least $500 within 3 months of opening your account, you get 40,000 bonus EarlyReturns miles. That’s worth up to 2 round-trip economy award flights within the continental United States and Puerto Rico.

All other purchases earn unlimited 1 EarlyReturns mile per $1 spent. There are no caps or restrictions on mileage earnings. However, miles expire after just 6 months of account inactivity, so you have to make at least 1 purchase every 6 months to hold onto the miles you’ve accrued.

The most popular and cost-effective way to redeem your accumulated EarlyReturns miles is for award travel on Frontier Airlines, starting at 10,000 miles for one-way economy flights within the U.S. and 20,000 miles for round-trip flights within the U.S. Flights to Latin American destinations require more miles – for instance, 15,000 for a one-way to Mexico and 30,000 for a round-trip to Mexico. These figures are subject to change at any time.

Depending on the underlying dollar value of the flights for which you redeem, you can reliably extract $0.01 to $0.02 of value out of each mile redeemed for airfare. However, “last seat” awards for at- or near-capacity flights typically require 25% to 50% more points.

You can also redeem for non-Frontier travel purchases with select hotel and car rental merchants. The selection is spotty and specific here – for instance, you can redeem 18,000 miles for a four-day car rental with Hertz or 12,000 miles for a 2-day car rental with National. Additionally, you can redeem for select merchandise items, including magazines. However, non-airfare redemption options typically devalue miles to a significant degree, lowering their value well below $0.01 per point. Partner merchant deals are subject to change at any time.

Frontier allows miles-to-points transfers to a limited number of hospitality loyalty programs, including Hilton and Carlson Rezidor, but transfer rates are abysmal – as low as 10 EarlyReturns miles per 1 partner point.

This card offers 0% APR on balance transfers for 15 months from account opening, provided the transfers are made within 45 days. Unfortunately, purchases don’t get the same treatment.

When you reach $2,500 in total spending in any given year, you get a discount voucher redeemable for $100 off Frontier Airlines airfare. You’ll receive the voucher on or just after your account anniversary.

Frontier’s EarlyReturns program charges a redemption fee on most award travel redemptions. The fee rises as the window between booking and departure shrinks, from $15 for flights booked at least 20 days in advance to $75 for flights booked less than a week in advance. If you can’t avoid booking on short notice, you can avoid the redemption fee by paying your award flight’s mandated taxes and fees (typically $5.60 each way for U.S. flights) with your Frontier Airlines World Mastercard.

As a cardholder, you’re entitled to a complimentary FICO score (viewable in your online account dashboard) at any time. There’s no charge and no membership requirement for this benefit, which is great for folks who want to gauge how their credit scores improve (or decline) over time.

This card has some useful value-added benefits for shoppers and travelers:

Frontier Airlines World Mastercard requires good to excellent credit. If you’ve had any credit issues in the recent past, your application may be denied.

Frontier Airlines World Mastercard® is a solid choice for regular Frontier Airlines flyers who live near an airport served by the carrier and spend heavily enough to capture the $100 travel voucher. However, it has a pretty big catch that’s worth calling out: To earn 2 EarlyReturns miles per $1 spent on Frontier flights, you need to book through FlyFrontier.com. If you prefer to book through third-party travel sites, you’re out of luck.

Given that those third-party sites sometimes charge less for flights than airlines’ proprietary portals themselves, this requirement could end up costing you more than you earn in EarlyReturns miles.

So, before you apply for this card, think carefully about how, when, and where you plan to use it – and whether you might be better served by a general-purpose travel card, even when you fly Frontier.

Frontier Airlines World Mastercard® is appropriate for frequent, loyal Frontier Airlines flyers who spend enough to offset the annual fee and capture the $100 annual discount voucher, and who don’t mind booking direct with Frontier Airlines. Due to the unusually long 0% APR promotion, it’s also a nice short-term bet for regular Frontier flyers who need to pay down high-interest balances on existing credit cards. This card isn’t appropriate for light spenders, regular international travelers, or people who want to earn higher returns on a wider range of travel (and non-travel) spending.

Overall, Frontier Airlines World Mastercard is ideal for frequent Frontier flyers who can afford the annual fee and clear the $2,500 annual spending threshold.