How to Deal with Financial Income Inequality in Marriage Say, for example, that a married couple makes a total of $100,000 a year. Both spouses work hard for their money, and enjoy spending their discretionary income. But who gets to spend more on discretionary purchases if one spouse makes $30,000 a year, while the other makes $70,000? Can each spouse still respect and love the other, without fostering feelings of guilt and resentment? Yes, but it is not easy. Income inequality in marriages, while common, unfortunately causes unnecessary tension in many relationships.

Although many issues may arise from income inequality in marriage, we’ve listed some of the more common ones here, all of which are fixable or preventable:

1. Guilt
As a stay-at-home mom, this is an issue that we deal with often in our home. My husband makes the majority of our income, but I make some extra money doing side jobs, such as freelance writing and babysitting. While I do just as much work for the family as my husband, sometimes I feel guilty for buying myself something because I wasn’t the one who made the money that paid for the item. This is very common for the spouse who earns less. In fact, I have several friends who have also at times experienced feelings of guilt.

3. Power Struggle
Money equates to power. This includes power to get what one desires, power of influence, and power over other people. In marriages, sometimes the primary income earner believes that he or she has power over the other spouse. The primary income earner makes all of the decisions about where the family goes, what the spouse does, and determines the family dynamics. The spouse who makes less money ends up at the mercy of the spouse who makes more.

4. Overspending
Overspending can be another result of one spouse making more money than the other. Similar to a power struggle issue, but isolated only to issues with power over the money, the spouse earning more sees the money as his or her own, and believes that he or she has the right to spend the money at will. The other spouse may not have anything left for other purchases.

5. Lying About Money
Another issue that may arise from income inequality is dishonesty. There are several reasons why couples may lie to each other about money, or want to hide their spending habits. If a spouse is spending more than a fair share of the family income, he or she may cover up the secret to avoid marital conflict. It is a terrible thing when one spouse overspends. It is even worse when the spouse lies about overspending.

6. Denial of Needs
In extreme circumstances, some spouses who make less money may deny their own needs because they don’t believe that they have a right to spend the family money. They may deny themselves such things as clothing, grooming, and dining out, or on an even more extreme level, they may deny themselves doctor visits or food – all the while thinking that they are doing what is best for the family. This kind of behavior causes more harm than good, and puts an additional strain on a marriage. 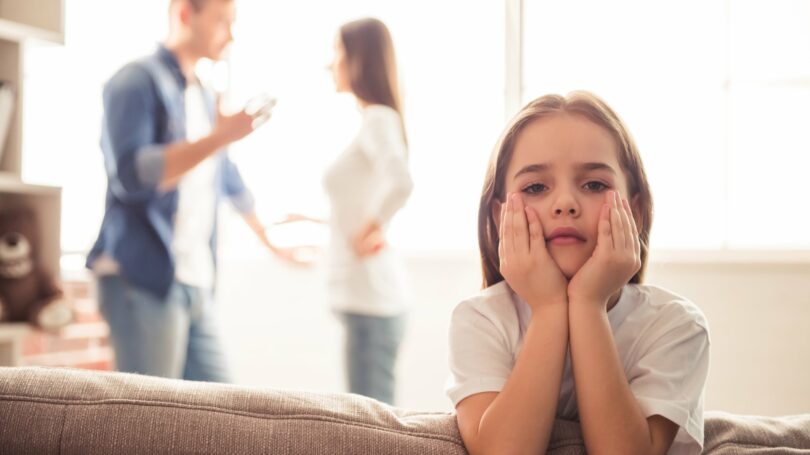 How to Handle Issues and Avoid Conflict

In order to handle these income inequality issues or avoid conflict altogether, follow these tips:

1. Open the Lines of Communication
This is the best way to prevent and resolve any issue in marriage: Have open communication. If you feel guilty for spending money because you make less money than your spouse, talk about it. If you resent your spouse because he or she is spending too much money, talk about it. Just remember to start any discussion about money in a loving manner, without accusing the other of wrongdoing. The two of you are teammates in life, and shouldn’t treat things like a competition or a battle. Help each other out!

2. Share Your Needs
Once the lines of communication open up, share your needs. If you feel that you need to have an equal amount of spending money, share that with your spouse. Or perhaps you need help or encouragement from your spouse in order to generate more income. Your spouse won’t always know what you need unless you clearly explain it.

3. Create a Budget
If you have not already made a budget, start one today. Determine your income and expenses, as well as how much discretionary income that you have. Then determine how much spending money each spouse should get. Not only will this clear up where the money is going, but it will also make it so each spouse has agreed upon how much can be spent by the other spouse. For those who are just starting out using a budget, I recommend the envelope budgeting system.

4. Have Regular Finance Meetings
My husband and I talk about our finances once a week. We take a look at our budget to see how we have been spending our money and identify any areas where we need to cut back. This also gives us an opportunity to discuss any other issues related to our money, including upcoming expenses, possible income opportunities, and problems we have with our current spending. If you have an issue with income inequality, this would give you an avenue to discuss it safely.

5. Create a Reward System
My husband and I have a fun way to keep ourselves within our budget by using a reward system. At the end of each month, if we spent less than we made, we take a percentage of that amount of money to be our spending money in the next month. For example, if we made $400 more than we spent, we each get $40 to spend as fun money for the next month. This allows us to work as a team to achieve our goal of being under budget in a fun way, while also rewarding us equally since it took the both of us to succeed.

6. Have Equal Amounts of Total Work
If two spouses are not earning the same income, housework often makes up for the inequality. If one spouse works 50 hours a week while the other works 25 hours, the one who works less can do 50% more housework than the one who works more. By creating equality of total work, the relationship stays more stable, and no one feels as though he or she is carrying the burden of the family.

With that said, if the two spouses work equal hours, but have different salaries, the higher-earning spouse should not penalize the other person for working in a lower-paying job. The spouse may want a higher-paying job, but has always been passed over for promotion, or, conversely, the spouse might be happy in the lower-paying job. Whatever the reason for the discrepancy in income levels, it shouldn’t be a point of contention. Both partners should contribute to housework  using a house cleaning schedule if they have similar hours at work, regardless of the difference in salaries.

Ultimately, treat each other as teammates. Don’t try to penny-pinch when it comes to money and hours worked; this will cause unnecessary stress between you and your partner.

7. Spend Money Together
As a way to remember that the money that a married couple makes belongs to the couple, money should be spent together on regular date nights and summer vacations. 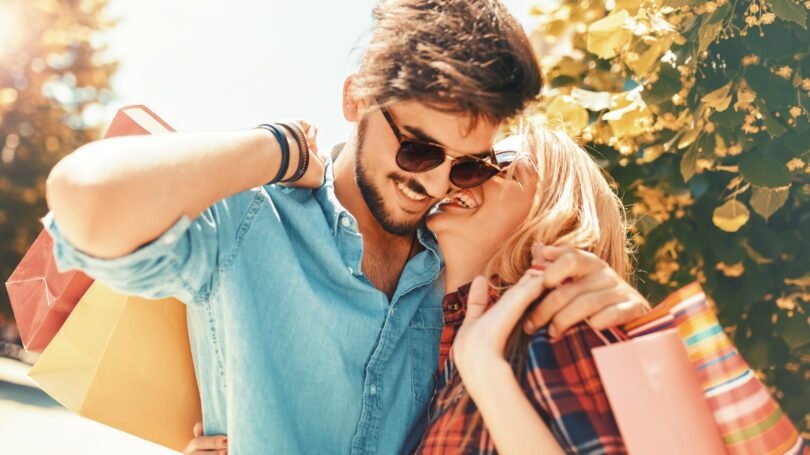 8. Be Flexible
Your spouse may have had an especially difficult work week, recently experienced a death in the family, or might just be having a bad day. Chip in and do more than your share in these situations. Perhaps your spouse needs extra money for an essential, one-time purchase, or wants to lend money to a family member. Spend a little less that month, and let your spouse have a larger percentage of your combined income. Your efforts will be appreciated, and that effort and thought will be returned by your spouse when you’re in a similar time of need.

9. Get Rid of Separate Accounts
When you are married, you share everything. You share a home, your hopes and dreams, and your money. Things get complicated when spouses have two separate checking accounts. If you must have your own accounts, consider splitting bills, such as the mortgage and utilities, as a percentage of how much you make, instead of 50/50. For instance, if one spouse has a salary of $30,000 and the other has a salary of $70,000, have one spouse pay 30% of the bills while the other spouse pays 70%. That way, the poor won’t get poorer, and the rich won’t get richer in the relationship.

When you are married, you are part of a team. A team works together, practices together, plans together, wins and loses together, and is rewarded together. So in your married life, both spouses need to work in tandem to get through any financial issue that may arise, such as income inequality. You must open the lines of communication and plan how you are going to deal with the differences in your salaries.

How do you deal with income inequality in your marriage?