How To Spot A Financial Scam

I was watching “American Greed” on CNBC and was surprised by the number of people that were duped by con artists. Con artists trick millionaires, celebrities, and average investors out of their hard-earned dollars with the promise of quick profits. These crooks use ponzi schemes, pyramid schemes, and offshore investment scams to enrich themselves and defraud investors.

These “high yield investments” promise exorbitant returns with little to no risk. Remember the old adage that if something seems too good to be true, then it probably is. People that promise instant riches are often scammers just looking to make a quick buck. Sam Israel, Bernie Madoff, and Martin Frankel ran some of the largest Ponzi schemes in the history of the United States. These financial criminals often claimed that they could generate extraordinary returns because of a secret trading model or access to financial instruments not available to the general public. A Ponzi scheme is a shell game where the money from new investors is used to pay old investors. Ultimately, the scammer runs out of new investors and is unable to pay old investors and the scheme collapses. So, how can you spot a Ponzi scheme?

Signs of a Ponzi scheme are:

A pyramid scheme is an “investment opportunity” that promises members money based on their ability to recruit new members. Pyramid schemes often sell products which have little to no value and the only way that you make money is by recruiting new members to join the business. All of the money is made by the members that got in early while the other members are often left with nothing. Pyramid schemes involve complex matrix models and payout formulas to determine how much money you are going to make. The allure of pyramid schemes is that early investors are able to make large sums of money for a little while. Pyramid schemes often use buzzwords like upline and downline. It is increasingly difficult today to tell the difference between pyramid schemes and multi-level marketing.

Signs of a potential pyramid scheme are:

Signs of a fraudulent offshore investment:

Has anyone ever tried to get you to invest in a financial scam?  If so, when did you realize you got sucked into a scam?  Let’s share our experiences to help other people not make the same mistakes. 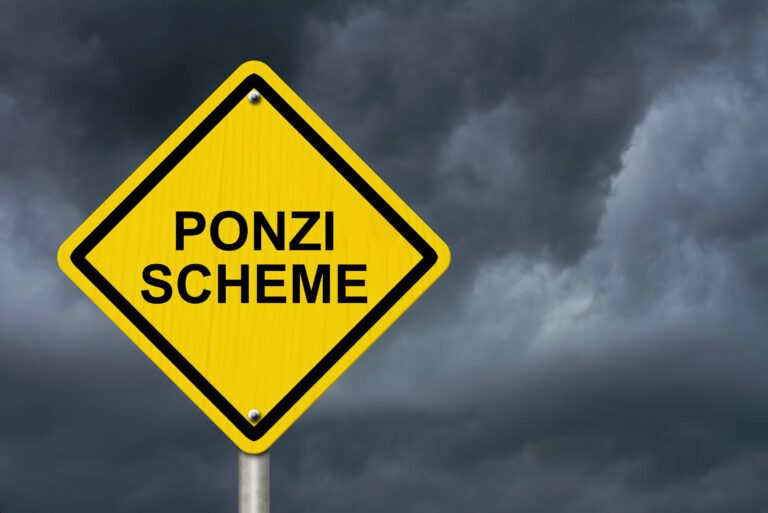 Scams What Is a Ponzi Scheme - Bernie Madoff Scandal Explained

What is a pump-and-dump scheme?

What is an angel investor?

How do I choose the right cryptocurrency?