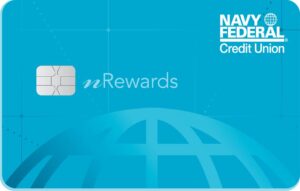 The Navy Federal Credit Union nRewards® Secured Credit Card is a secured credit card with no annual fee and a cash back rewards program that pays you back on every dollar you spend. However, it’s not for everyone – Navy Federal Credit Union membership is limited to active duty and honorably discharged or retired members of the Armed Forces, civilian Department of Defense employees, and immediate family members of people in those two groups.

This card has a solid rewards program, at least compared with other secured cards. Every dollar spent earns 1 reward point, with no limit on how much you can earn. Points can be redeemed for gift cards and merchandise, typically at or near a $0.01-per-point rate.

Setting the rewards program aside, NFCU nRewards Secured Credit Card is designed to help people with poor or even middling credit improve and rebuild their credit after setbacks such as delinquencies, foreclosures, and personal bankruptcies. If you use your card responsibly for at least 6 months after opening your account, you may be considered for an upgrade to a non-secured Navy Federal Credit Union card. So, as long as you can scrounge up at least $200 to cover the initial deposit, this card is definitely worth a closer look.

Navy Federal Credit Union nRewards Secured Credit Card requires a minimum security deposit of $200. Your deposit amount is always equal to your credit limit, provided Navy Federal Credit Union deems your creditworthiness and income sufficient to handle the limit for which you’ve applied. Your deposit is held in an FDIC-insured account for as long as your account remains open.

You can apply for a higher credit limit at any time, though you’re not guaranteed approval. If you do qualify for an increase, you must make another deposit equal to the difference between your old and new credit limit.

This card earns 1 point per $1 spent on all purchases, with no limits or restrictions on how much you can earn. You can earn additional points on purchases at the Navy Federal Credit Union Member Mall, where select purchases earn up to 10 points per $1 spent.

You can redeem your rewards online for cash, restaurant and retail gift cards, and general merchandise, usually at a value of $0.01 per point or less. Larger redemptions generally offer more favorable redemption values – for instance, you need 3,500 points for a $25 Applebee’s gift card and 7,500 points for a $75 Home Depot gift card. You can start redeeming once you accumulate 1,000 points.

If not redeemed within 4 years of the date they’re earned, points expire and lose all value. Importantly, points cannot be redeemed for statement credits, bank account deposits, or other forms of cash.

Every billing cycle, Navy Federal Credit Union reports your payment patterns (or lack thereof) and credit utilization to all three major credit reporting bureaus. If you use your credit card responsibly and consistently pay your bills on time, this regular reporting is likely to raise your credit score over time.

There is no annual fee, foreign transaction fee, or balance transfer fee. The cash advance fee is a nominal $0.50 to $1 per advance, depending on how it’s executed.

This card is designed for people with poor to below average credit. Your application may be disqualified if you’ve recently declared bankruptcy, but other serious credit issues are not likely to hurt your chances of qualifying.

The Navy Federal Credit Union nRewards® Secured Credit Card is an unusually generous secured credit card with a solid rewards program, low fees, and favorable interest rates. It’s a pretty good deal – if you can get it. Until Navy Federal Credit Union loosens its eligibility requirements to allow more of the general public to open accounts, this card is going to be off-limits to most Americans.

On the other hand, if you’ve provided for the United States’ defense in a civilian or military capacity, or you have immediate family members who clear that threshold, Navy Federal Credit Union nRewards Secured Credit Card is one way to get paid back.

The Navy Federal Credit Union nRewards® Secured Credit Card is ideal for frugal cardholders seeking a low-fee, low-interest secured credit card with a solid (for a secured card) rewards program. Unfortunately, most Americans aren’t eligible, so you’ll need to look elsewhere if you don’t have a personal or familial connection to the Armed Forces or Department of Defense.

Overall, this is a great secured card for people who hate card fees and love rewards. 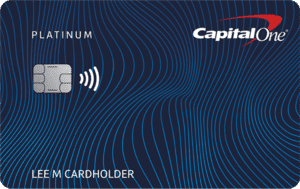 Build Credit With No Security Deposit 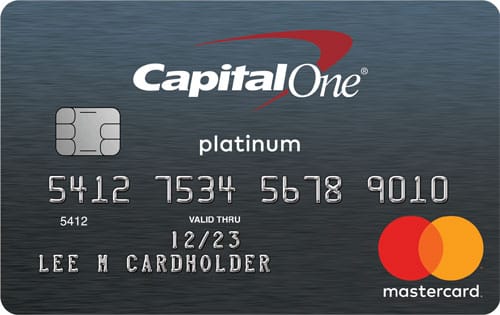 Secured Mastercard® from Capital One 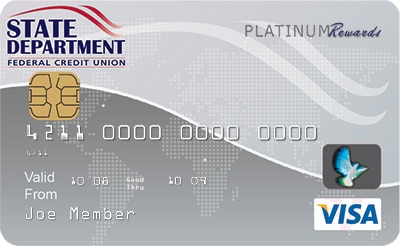 What are the best secured credit cards for rebuilding credit?

What is a secured credit card?

See the full answer »
Capital One