Millions of Americans work in the gig economy on a part- or full-time basis.

They drive for rideshare apps like Uber and Lyft, deliver food and packaged goods on delivery apps like DoorDash, and Instacart, and pick up odd jobs through labor marketplaces like Thumbtack and Handy.

Most are independent contractors working without formal job protections or employee benefits. Those who work in the gig economy full time typically occupy the lower rungs of the economic ladder.

They often forgo health insurance and eligibility for unemployment insurance benefits, cover essential job-related expenses like vehicle maintenance and fuel out of pocket, and save little if any of their net pay (though this temporarily changed in 2020 as a result of federal coronavirus stimulus legislation). Their working conditions can be grueling.

Part-time gig workers depend on the income to supplement earnings from their day jobs. Those not dependent on gig income to make ends meet still put the money to good use by bolstering their savings or putting money away for long-term goals like education and retirement.

The Case for Protecting Gig Workers

As independent contractors, they don’t enjoy the basic job security guarantees of the Family and Medical Leave Act, which protects employees who take extended leave for certain covered medical reasons (including childbirth and adoption) from termination during their absence

Even as the biggest gig economy platforms earn billions in annual revenue, they balk at offering such protections to contractors, wary of doing anything that implies contractors function as employees rather than entrepreneurs using gig apps to grow their own microbusinesses.

In the best of times, operating without a financial or legal safety net tests gig workers’ resolve. In worse times, gig work is simply untenable for many.

A reckoning of sorts arrived in early 2020 as the world began to grapple with the spread of COVID-19. To prepare for the pandemic, governments and private companies battened down the hatches, slowing the flow of people and goods around the world and raising the risk of a prolonged economic slowdown.

Event cancellations and widespread changes in consumers’ public behavior hit the travel and hospitality sectors particularly hard, threatening the livelihoods of millions of mostly low-wage workers without paid-time-off benefits or the financial capacity to take extended unpaid leave due to illness.

According to CNBC, rideshare giants Uber and Lyft promised in early March 2020 to compensate drivers affected by the novel coronavirus for up to 14 days. But it wasn’t clear whether the policy would apply only to drivers testing positive for the virus rather than those voluntarily taking off work to reduce infection risk.

Lyft and Uber drivers reacted coolly to the announcements, arguing that the cash-flush companies could and should do more to support affected workers — and to show support for gig work through other measures, such as guaranteed overtime pay.

Policymakers and labor advocates could soon force the issue, and some already have.

As public support for stronger gig worker protections grows, the list of policy changes proposed by employment law experts — as well as state and local governments —continues to grow.

Although concerted federal action from Congress or the U.S. Department of Labor remains unlikely in the near term, that could eventually become reality as well.

These are the most generous and farthest-reaching proposed and enacted policies. Check back often for updates and additions.

California has the farthest-reaching labor protections of any state for gig economy workers.

The passage of California Assembly Bill 5 (AB5), a sweeping labor law classifying hundreds of thousands of rideshare drivers and other contingent workers as employees, was a watershed for gig workers.

AB5 officially became law on Jan. 1, 2020. It dramatically expands the definition of traditional employment by presuming all workers to be employees unless they can satisfy all three prongs of the “ABC test” for independent contractor status, according to Nolo.

To comply with a prior court ruling and avoid chilling California’s labor market, AB5 carved out more than three dozen industry exemptions covering a variety of professional services providers (such as online freelancers like graphic designers and writers), highly paid professionals (such as physicians and attorneys), and certain beauty and personal care professionals (such as barbers).

Gig economy employers, many of whom are based in California, were AB5’s primary targets.

Due in part to the high number of carve-outs, the two rideshare giants immediately indicated they’d refuse to abide by the law. Uber and Postmates filed suit to quash the law, though their efforts suffered a major blow in February 2020, when, according to Reuters, a federal judge refused to stop the law from taking effect while the case proceeded.

Proposition 22 and the Future of the “ABC” Test

Uber and Lyft, the other major ridesharing company operating in the United States, did win a reprieve from AB5 in November 2020.

That’s when Californians voted in favor of Proposition 22, a ballot initiative that specifically exempted ridesharing and delivery drivers from most of the protections enshrined in AB5.

Although Proposition 22 lessened the urgency of their efforts, California legislators have continued to propose modifications and add-ons to AB5 since the law’s passage.

Most are Republican-sponsored bills unlikely to make it through the Democratic-controlled California Legislature or win favor with the state’s Democratic governor, according to Bloomberg Law.

The Sacramento Bee describes some of these proposals, including Senate Minority Leader Shannon Grove’s “repeal and replace” bill that would supplant AB5’s regime with a much stricter employment test and Assemblyman Kevin Kiley’s proposal to repeal the law without replacing it.

Its future is uncertain amid legal wrangling over AB5 and blowback from the business community, however.

A proposal before the New Jersey Legislature would guarantee portable job benefits to thousands of gig workers in the state.

Covering rideshare apps, delivery services, and other app-based platforms that rely heavily on contract labor, New Jersey Senate Bill 943 (S943)  allows all contractors working for covered companies to opt into the protections, which would include health insurance, paid time off, and tax-advantaged retirement savings.

According to the Courier-Post, Assemblyman Troy Singleton’s proposed law requires app-based “contracting agents” such as Uber and Postmates to contribute the lesser of $6 per worker-hour or 25% of each consumer transaction fee to cover the cost of contractor benefits.

These fees help cover the cost of workers’ compensation insurance and any voluntary benefits the worker elected to receive, such as health insurance and paid time off.

Singleton’s proposal is similar to past gig worker protection laws proposed in New Jersey’s 2017 and 2018 legislative sessions. Those efforts ultimately collapsed amid controversy over a sweeping bill that would have penalized companies for misclassifying employees as independent contractors (a practice known as employee misclassification).

With no controversial sibling to impede its progress and praise from surprising corners — including a local representative of Postmates — S943 sailed through committee in early 2020 and appears likely to pass in both houses of the New Jersey Legislature.

New York state legislators have yet to introduce gig worker protection, but Gov. Andrew Cuomo’s office announced its intention in early 2020 to produce a detailed proposal before the year was out.

According to The Information, Cuomo’s proposal incorporates feedback from at least one industry representative in the hopes of forestalling the legal fights that hampered California’s AB5 rollout.

However, the proposal remains in flux due to the COVID-19 pandemic, and labor-allied state legislators may wind up taking matters into their own hands, according to a City & State report published in late August 2020.

A member of Cuomo’s staff indicated to The Information that collective bargaining protections weren’t a red line — meaning they could be left out of the final bill if that’s what it takes for it to reach the governor’s desk.

Whatever happens to the collective bargaining provision and however the bill ends up determining who qualifies as a contractor, the New York state bill is likely to allow qualifying gig workers to opt into portable benefits offered by their preferred benefits provider.

That would be a huge deal for the hundreds of thousands of New Yorkers who rely on gig platforms for supplemental or full-time income.

Back on the West Coast, the Washington Legislature is considering a gig worker protection bill that combines elements of Singleton’s current proposal with aspects of the controversial bill that scuttled his earlier efforts to enshrine contractor benefits.

The proposal requires gig employers like Lyft and TaskRabbit to contribute the lesser of $1 for each worker-hour or 5% of the total transaction charge paid by consumers.

HB1601’s fate is up in the air. While it failed to clear the Labor & Workplace Standards Committee in 2019, it was reintroduced without amendment in 2020, and passage remains possible.

Several states, including California and New York, have enacted or proposed substantial labor protections for independent contractors. More are likely to follow.

And federal pandemic unemployment benefits remain available to gig economy workers across America, though for how long is anyone’s guess.

While they’re far from universal in coverage or perfect in execution, these protections provide essential peace of mind for lower-earning workers who can’t afford to take a sick day — or have reason to worry whether their jobs will wait for them to return.

Until the Fair Labor Standards Act is amended to cover gig companies and their workers, this will have to do.

Careers Should You Start a Side Gig or Hustle to Make Money? - Pros & Cons 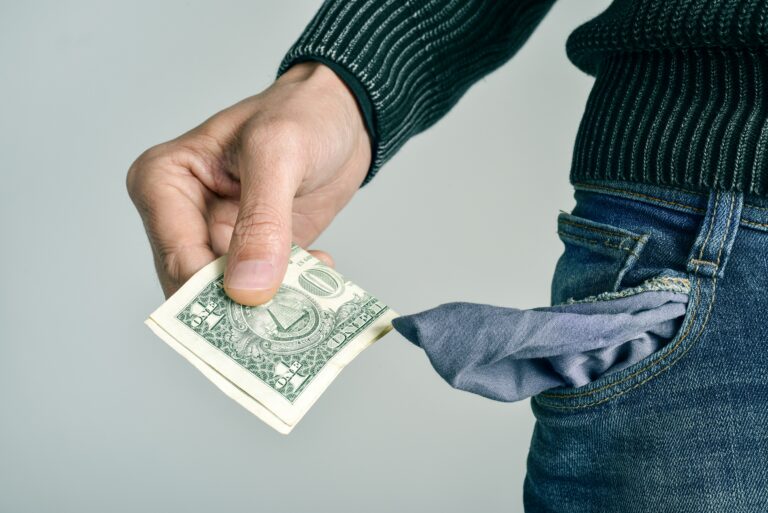 Manage Money Survey: Do Millennials Have Fewer Financial Opportunities Than Prior Generations?

Retirement 11 Ways Retirement Has Changed Over the Last 25 Years

How can I survive a job without benefits?