How to Throw an Oscar Viewing Party on a Budget

How to Balance Work and a Happy Family Life Achieving a successful career while maintaining a solid marriage is difficult; practically impossible, for some. When asked how she could reconcile family life with a career, Marie Curie – the first woman to win a Nobel Prize for her groundbreaking work on radioactivity – dryly replied, “Well, it has not been easy.” An understatement if there ever was one.

In recent generations, the difficulty of maintaining a happy home life while climbing the corporate ladder has become even more stressful than in the past due to several factors.

Reasons for Difficulty in Maintaining a Happy Home Life

1. Changing Traditional Role Models
The traditional model for a marriage has been evolving since the 1960s. The explosion of women in the workplace, the growing equality of pay, the escalating competition for the same jobs by both sexes, and the acceptance of gay and lesbian unions have challenged traditional attitudes and expectations for successful unions. Many couples, caught in the transition, are unsure what is expected or how to be supportive in the new era.

2. Greater Work Demands
For most people, the signs of a successful career are promotions, titles, better perquisites, and more money. As one proceeds up the ladder of success, the rungs become farther apart, with fewer openings at each level. Winning generally requires long hours away from home and sacrificing family events for business goals. Few people can consistently balance the tradeoffs of pursuing a career and satisfying a spouse.

3. Attitudes About Working Women
According to a Pew Research poll, the number of households with children where women are the sole or primary breadwinners has quadrupled since 1960 to 40.4%. Women who work are under stress due to:

4. Economic Turmoil
According to the U.S. Bureau of Labor Statistics, eight million jobs were lost between April 2008 and March 2009. Today, the unemployment rate stands at 7.8%, more than three points above the rate in 2007. Adding further pain to the event is that many of those who are currently employed are “underemployed,” performing work for which they are overqualified for less pay than they previously earned. The misery index, a measure developed by economists to portray how the average citizen is doing economically, was 8.96% in June 2013, well above the 7.93% at the start of the recession.

Despite the image of families perpetuated on popular television shows like “The Brady Bunch,” “Father Knows Best,” and “Leave It to Beaver,” two-earner families have been the norm in America for more than 50 years. By 1978, families where both Mother and Father worked outnumbered single-earner families by at least two to one. With the influx of women in the workplace, there has also been a shift in the division of labor in the home. Women today perform less housework than in previous generations, and men perform more household chores than their predecessors. However, according to a 2000 study, women, whether employed or not, still tend to perform more housework than men, approximately a 1.8-fold difference. This is down from the six-fold difference in 1965.

Telecommuting is a strategy used by many working couples. In 1998, according to a study by the Families and Work Institute, slightly more than half of the companies surveyed reported that they allow their employees to work offsite or at home occasionally. As a consequence, telecommuting workers are generally more available for family-related needs, thereby relieving some stress common to two-earner families. Unfortunately, it can also lead to different kinds of stress, as a consequence of blurring the lines  between work and home.

Since 1960, the number of married women who make more than their husbands has increased almost 400% to one in four families, perhaps reflecting the greater number of women with college educations. As a consequence, the number of families where Mommy works and Daddy stays at home more than doubled between 2001 and 2011 from 1.6% to 3.4%. When a decision is made that one of the partners will stay home as a homemaker or to care for children versus going to a job outside the home, it is generally based upon that partner’s career prospects and earnings (actual or potential) when compared to those of the other partner, rather than a reflection on who might be best at the different responsibilities.

The Wall Street Journal provided the example of Mary Dillon, who since June 2010 has been chief executive of U.S. Cellular Corp. Mrs. Dillon was a brand manager at Quaker Oats when she gave birth for the first time in 1990. She says her husband, Terry, quit his job as a biochemist after the second of their four children arrived, so he could parent full time. 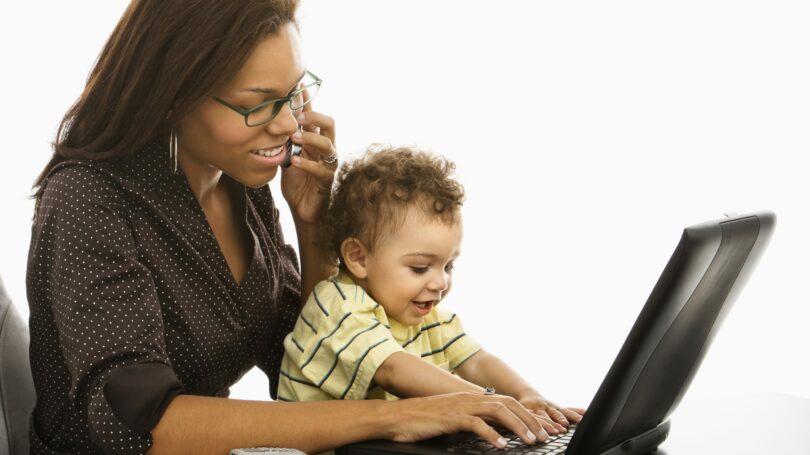 The Importance of Family Support

Whether you prefer the eloquent words expressed by the poet John Donne that “no man is an island,” or the sentiments of the Rascal Flatts song “I Won’t Let Go,” every person needs help from time to time – be it a kind word, a reassuring pat on the back, or acknowledgment of the difficulties we face. Not surprisingly, family and work are the source of a majority of the 43 stress factors defined in the Holmes and Rahe Stress Scale used by psychologists to quantify the magnitude of each factor that can affect us simultaneously. Having a spouse’s support is critical in successfully coping with the stress of either homemaker or business executive, according to most psychologists.

A study by Wayne Hochwarter, a professor of business administration at Florida State University, reported that strong spousal support had the following benefits:

Whether you are the primary breadwinner relying upon your spouse for home and childcare duties or vice versa, the most critical element of support is respect and recognizing that each partner’s contribution to the union is equally valued and necessary to a successful career and a solid family life. When asked about the importance of family in one’s life, Richard Bach, author of the hugely popular bestsellers “Jonathan Livingston Seagull” and “Illusions,” said, “The bond that links your true family is not one of blood, but of respect and joy in each other’s life.”

There are a variety of different ways to support a spouse during tension-filled crises or daily disappointments and frustration:

According to the Hochwarter study, men and women differ by gender in terms of which support behaviors works best. In general, wives with or without outside work appreciate being cut some slack in their normal household activities, feeling wanted, and receiving expressions of warmth and affection. Husbands, on the other hand, are more likely to respond positively to offers to run errands and being shown they are appreciated and needed.

The decision to relocate for a career is especially difficult when both spouses are working, particularly for the spouse who is going along and will be facing an unknown future. While the spouse accepting the relocation is likely to be rewarded with higher pay and more responsibilities, the other partner is actually ending a job and perhaps a career.

Before making a decision about a move, check out the opportunities for the spouse who will deal with the uncertainties of a new environment before making a decision. The relocating spouse is usually excited about the new opportunity, the new people with whom he or she will be working, and the new challenge. Therefore, this person may forget about the concerns of the spouse, who will be forced to find a new job, make new friends, or adjust to a environment without any help.

The transition for both partners can be easier if the spouse who has instigated the move: 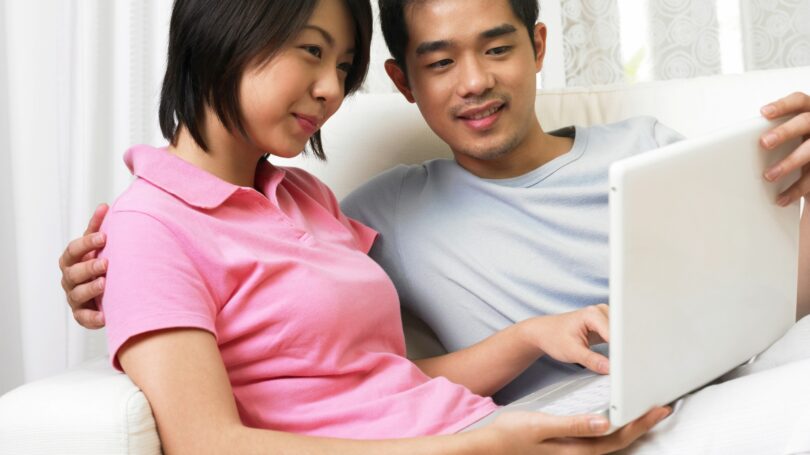 Having a successful career and a solid family life essentially boils down to three key items:

After all, as psychologist Joyce Brothers quipped, “Marriage is not just spiritual communion; it is also remembering to take out the trash.”

How to Throw an Oscar Viewing Party on a Budget