Even though I work full-time as a freelancer and can make my own hours, I find myself drawn to keeping a nine-to-five schedule, sometimes seven days a week. At the end of the day, I’m usually so tired of staring at a computer screen that browsing travel deal sites to find a cheap getaway isn’t high on my list of priorities.

It’s too bad, because I find that the best antidote to my workday blues is a little fresh air. If you love getting outside but work in a job that keeps you glued to the office, you probably know how I feel.

With my fellow desk-dwellers in mind, I scoured the country for affordable and accessible outdoor vacation destinations that offer a variety of activities. For each destination, I paid special attention to the best (and cheapest) time to visit, affordable places to stay, fun things to do, and special events. Check out some of the destinations near you.

Pro tip: If you’re looking to save up for your next vacation, look into Digit. They analyze your spending and will automatically save money for you each month.

You Might Also Like: Like me, do you work full-time as a freelancer or independent professional? Are you looking for opportunities to scale your business or break out of your comfort zone? Then please check out my list of 10 tips to succeed as an independent entrepreneur!

Acadia National Park is the only national park in New England. It covers much of Mount Desert Island, a massive, rocky island that juts out into the Atlantic Ocean from mainland Maine. Acadia is known for beautiful inland lakes, thick forests that turn glorious hues in fall, and stunning ocean and mountain views from its rocky outcrops.

Cadillac Mountain, the tallest peak on the U.S. Atlantic coast, is a must-visit. The quaint town of Bar Harbor sits just outside the park and features an impressive collection of 19th century architecture. Despite being an easy day’s drive from Boston, Acadia is much less crowded and more affordable than other coastal New England destinations, such as Cape Cod and the New Hampshire coast.

You Might Also Like: Prefer the West Coast to the East Coast? Check out our guide to the best cheap things to do in Portland, Oregon – the United States’ “other” Portland.

The western Dakotas don’t usually get much attention, but this vast, sparsely populated region is home to three national parks: Badlands and Wind Cave in South Dakota, and Theodore Roosevelt in North Dakota. Interspersed among them are Black Hills National Forest and several national grasslands.

Badlands is so stark and otherworldly that the park convincingly served as an alien planet in “Starship Troopers.” Theodore Roosevelt also harbors the rocky, arid terrain commonly known as badlands, though it’s also known for majestic grasslands and thriving bison herds.

Meanwhile, the heavily forested Black Hills occupy the most rugged patch of ground between the Rocky Mountains and the Appalachians. Iconic Mount Rushmore lurks deep within them, while even larger Crazy Horse Memorial is slowly emerging nearby (though it won’t be completed for decades). South of the heart of the Black Hills lies Wind Cave National Park, which contains one of the world’s longest cave systems – and more bison.

Wind Cave is pretty impressive, but the continent’s largest cavern system actually lies deep underneath the rugged hills of south-central Kentucky. Mammoth Cave National Park encompasses the most tourist-friendly portion of the sprawling complex. There are more than 400 miles of explored caverns here, though visitors are only allowed in a small fraction of them.

Unlike many cave systems, Mammoth is known for vast caverns, some several stories high. Due to the difficulty and danger of exploring caves on one’s own, you may need to sign up for a tour to get the full measure of the cave’s beauty. However, if you’re a fan of the hiking and climbing associated with traditional outdoors vacations, the rugged, forested landscape above the caverns is great for exploring and camping.

Though resorts in the heart of the Colorado Rockies rarely appear on lists of affordable vacation destinations, Keystone is a cost-effective getaway if your heart isn’t set on tasting its world-class powder. Slopes aside, Keystone arguably offers more to do in summer than in winter, from beautiful hikes in the surrounding high country, to affordable alpine tubing and biking in one of the country’s premier mountain biking parks. If you’re into water sports, great fly fishing and rafting (with affordable rentals on both counts) isn’t far away.

Keystone’s differentiator is its location on U.S. Forest Service lands, which limits the tourist development that afflicts other big mountain resorts. That makes for a hard-to-beat combination of affordability and beauty.

Pro Tip: If you’re visiting Keystone during the cold season, be sure to dress appropriately. Check out our roundup of the top ski and snowboard clothing and gear brands that blend style and affordability.

The Southeast Atlantic coast is best known for well-preserved, culturally rich colonial cities such as Charleston and Savannah. Between these built-up areas, however, visitors are often shocked to find watery, thinly populated expanses of forest and marshland. Maybe that’s why coastal Georgia, between Savannah and Brunswick, is home to no fewer than five state and national wildlife refuges (Wolf Island, Blackbeard Island, Harris Neck, Wassaw, and Reynolds).

These spaces brim with wildlife, especially migratory birds and waterfowl that nest near the region’s wildlife-rich waters. An abundance of campgrounds and affordable, no-frills lodgings lowers the cost of any trip to this part of the world. Also, if you’re ready to trade the bird binoculars and waders for a cold beverage and bathing suit, there is an abundance of free beaches.

The Appalachian Mountains’ spine runs right along the border between Virginia and West Virginia, harboring thousands of square miles of pristine, thinly populated forest land. Despite its natural beauty and ruggedness, this stretch of mountains is just a few hours from some of the eastern United States’ biggest cities, including Baltimore, Pittsburgh, and Washington, D.C.

If you come during the right season, you can avoid the big-city crowds because there are plenty of places to explore. The area’s three largest preserves are Monongahela and George Washington and Jefferson National Forests, but Shenandoah National Park isn’t far off, and numerous state parks and forests are nearby. If you love to hike and camp, it’s hard to beat this convenient, affordable expanse of forest.

You Might Also Like: These stunning national forests and parks aren’t the only things the central Appalachian region has going for it. The entire state of West Virginia is an outdoor gem. For activity ideas suitable for any budget, check out our list of fun things to do in West Virginia.

7. The Ozark and Ouachita Mountains – Missouri, Arkansas, and Oklahoma

If you love elevation, there’s not much for you in the flat expanse of the central U.S., but you can find exceptions to the rule in western Arkansas, southwestern Missouri, and a bit of eastern Oklahoma. Here, the Ozarks and Oauchitas – two rugged plateaus that pass for mountains in this part of the world – harbor some world-class driving roads, excellent hiking trails, and great rivers.

Despite the region’s popularity and proximity to larger cities such as St. Louis, Dallas, and Kansas City, it’s an incredibly affordable destination – particularly if you’re up for biking and camping. To get the true outdoorsy flavor of the Ozarks and Ouachitas, skip the kitschy tourist traps (Branson in particular) and focus on natural gems like Hot Springs National Park and Ouachita National Forest.

Pro Tip: Weather-wise, late March is an unpredictable time of year in the Ozarks and Ouachitas. If you’re planning to register for the Ouachita Challenge, you’d best be prepared. Check out our post on biking in the winter and cold weather.

Everything’s bigger in Texas – usually. When it comes to trees, though, California takes the cake.

If you don’t mind roughing it a little, there’s no more affordable, accessible place to see the state’s monstrous trees than Sequoia and Kings Canyon National Parks, two adjacent preserves that attract thousands of visitors each year. Sequoia contains the world’s most massive trees, while Kings Canyon features a long mountain stretch that includes the highest peak in the Lower 48. Whether you’re a fan of rugged hikes along alpine ridges or nose-to-the-ground interactions with the planet’s incredible biodiversity, this corner of California is a convenient playground that won’t empty your wallet.

You Might Also Like: The Pacific Crest Trail, which passes through this part of the Sierras on its way from southern California to the Canadian border, easily makes the cut for our comprehensive roundup of the top long-distance hiking trails to escape civilization. Have you hiked part or all of the PCT or any of the other trails on the list?

Like Keystone, the Lake Tahoe area doesn’t often appear on lists of affordable vacation destinations. If you gravitate to the California side’s upscale resorts, you may head back to your hometown a little lighter in the wallet.

However, if you commit to camping or staying in cheap accommodations, this is a world-class place for an outdoorsy vacation – especially if you choose your hikes well. When you tire, you can find plenty to keep you busy on the lake, like affordable kayak rentals and a full festival schedule.

Though its depths don’t approach those of its more popular cousin to the south, Zion has a host of singular canyons, valleys, and outcrops. For geology buffs and frugal wilderness lovers, Zion is hard to beat. Just remember to bring your camera.

These destinations are all beautiful and great for any type of trip: a two-week retreat, a fitness vacation, a multi-destination driving tour, or just a quick weekend getaway. With a little planning and the right equipment, you can engineer a frugal vacation that doesn’t require you to make compromises or miss out on the highlights of a destination.

Don’t be afraid to share your plans and seek advice from those who have come before you. You may be surprised how many of your friends have a passion for the great outdoors. 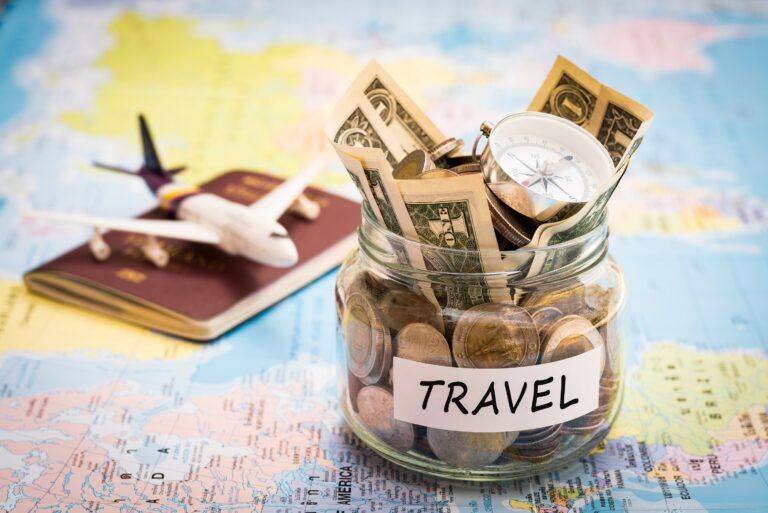 Travel 10 Ways to Enjoy a Romantic Weekend Getaway for Less

How do I save money on vacations?