Common law marriage is one of those legal ideas that everyone seems to have heard about, yet few people have a true grasp of the details. You may have read a news story about a common law spouse, or have heard people say things along the lines of, “If you live together for 10 years, you’re common law married.”

If you’re living together with a romantic partner, others may have told you that you’re common law married even if you’ve never told anyone you’re married or never intended to be. This can be an eye-opener, and no small source of concern.

All of these encounters with common law marriage have the air of legality to them, but don’t have much substance because the topic is one of the most widely misunderstood legal issues. While common law marriage is real, it is much different from the oft-heard notions you might believe.

What Is Common Law Marriage?

Common law marriage is a method of becoming legally married that is statutorily allowed (either explicitly or implicitly by not being statutorily prohibited) in a small number of states: Colorado, Iowa, Kansas, Montana, New Hampshire, South Carolina, Texas, and Utah. In three other states – Alabama, Rhode Island, and Oklahoma – state court cases have upheld the right for couples to get married through common law.

Through a common law marriage, a couple can become legally married without participating in a religious or civil ceremony, and without receiving a marriage license or other official form of recognition from a state government agency. Though the method through which a couple becomes married by common law differs depending on state law, the process is relatively simple.

Essentially, a couple may become legally married through common law if they do all of the following:

If a couple is married through common law, that couple is a legally married couple with the same rights, obligations, and abilities as any other married couple. Common law marriages are no different from marriages that result from a religious ceremony, a civil ceremony at a courthouse, or any other legally recognized marital solemnization process. Therefore, a common law marriage is not a separate type or subset of any other form of marriage. Couples married through common law are legally indistinguishable from all other married couples in every way except for the method through which they entered into marriage.

It is important to understand that the laws about common law marriage can be both statutory (laws created by a legislature) and based on common law (laws that develop over time through court decision). As such, these laws can change at any time. If you ever have questions about the common law marriage laws in your state, or what your state does or does not allow, you should consult a family law attorney.

The misconception that cohabitating couples are somehow married is commonly reinforced by media reports that describe such romantic partners as “common law couples,” or which describe one or both of them as a “common law spouse.” In these types of stories the term “common law marriage” is inappropriately used to describe a couple that is living together but who are not married, or as a way to describe the relationship status of cohabitating couple as a sort of quasi-marriage. Neither description is correct.

Again, if a couple is married by common law, that couple is as legally married as any other couple. Simply living together, regardless of the length of time involved, does not create a marriage by common law or any other method. Couples are either married or they are not, and describing any other kind of relationship as a “common law marriage” is legally inaccurate.

There Is No Such Thing as Common Law Divorce

While it is possible to get married through common law, you cannot get divorced by common law. Marriages can end in one of three ways: one spouse dies, a court annuls the marriage, or a court ends the marriage in a divorce. All divorces and annulments must go through the civil legal process, meaning you have to file documents with a court and ask the court to end your marriage. After that, your marriage does not come to an end until the court approves your divorce or annulment request.

Though each state has slightly differing requirements for what a couple must do to become married by common law, there are many similarities between states – and, generally, these requirements are not difficult to meet.

Unfortunately, issues can arise when, for example, a couple splits up and one partner claims that they were married by common law. Because married couples have rights that non-married couples do not have – especially when it comes to property settlements, alimony, and inheritances – proving that a common law marriage exists (or existed) can be important for a number of reasons.

To be married through common law, all states require that both would-be spouses are eligible to enter into marriage and have the capacity to marry. There are several aspects of eligibility and capacity:

3. Public Presentation as a Married Couple

Couples who want to be married by common law must do more than just have present intent – they must publicly represent themselves as a married couple.

Presenting yourself as married includes, for example, using your spouse’s last name as your own, applying for loans as a married couple, filing joint tax returns, or introducing yourselves to friends, family, or coworkers as a married couple. The public presentation requirement effectively means that you cannot be married by common law in secret – and must make your marital status known to others.

4. Cohabitation and Living as a Couple

Married or not, anyone can change his or her name by going through the necessary process – there is no requirement that you have to go through an officiated or solemnized wedding ceremony to change your name. This process typically involves filing a petition with a court, attending a hearing, publishing a notice of the proposed name change in a local paper of record, and notifying government agencies and changing official records once a court approves of the change.

3. Living Together In a Common Law State Without Getting Married

Let’s say you and your partner lived together in a state allowing common law marriage, had joint bank accounts, and even referred to yourself as husband and wife on occasion. Does that mean you entered into a common law marriage? If you died and left behind an estate plan that did not include your partner, it’s conceivable that your partner could successfully claim that you were married by common law. If so, your partner would earn spousal inheritance rights, which would significantly change any inheritance plans you had made.

In such situations, it is often wise for couples to create a contract or property agreement that explicitly states the nature of your relationship. You should also outline a property distribution plan that applies if you split up, stating that you have never intended to enter into a common law marriage.

In some situations, the partners in a romantic relationship may not meet some requirements necessary to become married by common law, while other common law marriage elements may be present. For example, if a couple living in a common law marriage state lives together, holds themselves out as a married couple, and intends to be married, they cannot actually be married if one of them is already married to someone else. However, once that impediment is removed, such as by the partner getting a divorce, the couple could then become legally married by common law.

In general, courts look at claims of common law marriage with skepticism and scrutiny because of the potential of abuse. In most cases in which common law marriage is an issue of contention, one person claims that a marriage exists while another person – or that person’s estate – disputes the claim.

Courts much prefer situations in which your marital status is clear. Not only that, but being clear about your own marital status is always preferable to wondering whether you’re married or not. If you ever have a question about common law marriage, its implications, or how it applies to you, speaking to a lawyer is your best option.

Has common law marriage affected your life or your relationships?

Mark Theoharis is a former attorney who writes about the intersection of law and daily life, covering everything from crime to credit cards. He mostly writes for legal publishers, marketing agencies, and law firms, but gets the occasional chance to publish fiction. When he is not writing, Mark restores vintage and antique typewriters, though his editors have made it quite clear that typed submissions are strictly prohibited. 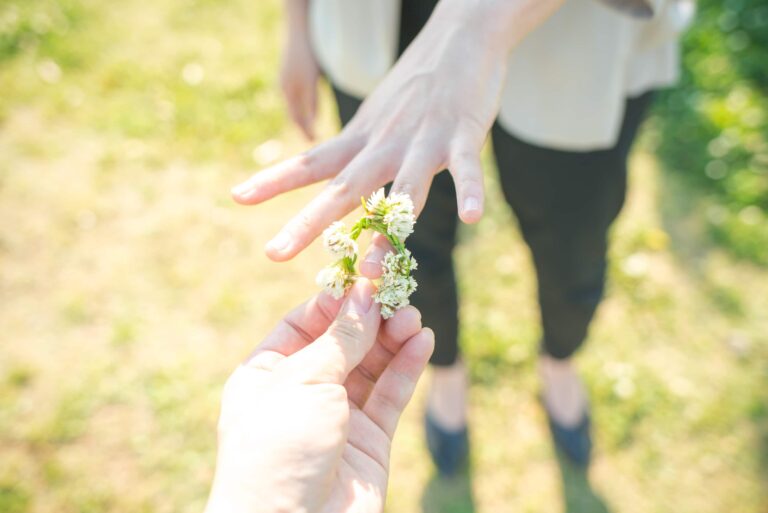 Budgeting How to Deal with Financial Income Inequality in Marriage

How can you protect your finances before a divorce?