FICO Score 10 & 10T: What the Changes Mean for Your Credit Score

The company estimates that 40 million Americans saw their credit score drop by 20 or more points as a result. A roughly equal number saw their scores rise by 20 points or more.

Of course, your credit score is not written in stone. By understanding the new scoring model and taking steps to improve your score, you can ensure you land among the millions of Americans who see a boost in score rather than a downgrade.

Both new scoring models involve largely the same changes. The difference between the two is that the FICO Score 10T model includes “trended data” over the last 24 months.

That means it analyzes the direction a consumer has moved with regard to their debts. FICO wants to see if you’ve been paying down debts or racking up new ones.

The model pays particular attention to credit card debts and whether you pay your card in full each month or carry over a balance from month to month.

FICO similarly weighs personal loans more heavily, giving them their own classification for the first time. A 2019 Experian study found that personal loans make up the fastest growing debt type in the United States, with over $305 billion owed.

The new scoring models aim to differentiate between borrowers who use these loans strategically to pay down other debts using a debt consolidation loan and those who simply started racking up more credit card debt after consolidating it in a personal loan.

Finally, FICO 10 puts more weight on late payment history. Borrowers who fail to pay their bills on time every month should expect their scores to drop even further.

If you scratched your head at the thought of two different FICO scoring models, now is a good time to mention that there isn’t just one FICO score.

In fact, the new model represents the 10th generation of scoring models (hence the name). And many generations feature several score types in turn.

For example, most auto lenders use the FICO 8 Auto model. Most credit cards use the FICO 8 Bankcard model. FICO released both as part of the FICO 8 generation in 2009, which remains the most commonly used scoring model despite the release of FICO 9 scoring in 2014.

That’s because lenders drag their feet to switch to new scoring models. An inherently conservative lot, they base their pricing on credit risk algorithms, which in turn rely on existing credit score data.

New credit scoring models require new data analysis, with plenty of data to input. Lenders don’t want to change their algorithms and underwriting practices without abundant data — which they don’t have with new scoring models.

Despite FICO Score 10 on the horizon, mortgage lenders use far older scoring models.

Conventional mortgage lenders pull a FICO Score 2 from Experian, a FICO Score 4 from Transunion, and a FICO Score 5 from Equifax when you apply for mortgage approval. Of the three scoring models, they use the middle score, or the lower if only two bureaus return a score.

Using different scoring models from different credit bureaus provides them with a diverse set of data. Not every creditor reports to all three bureaus, so each bureau’s report tends to miss some data that other bureaus catch.

And if there’s one group that evolves even slower than the stodgy mortgage industry, it’s government bureaucracies.

That’s despite the fact that FICO’s scoring models do tend to improve over time, offering better predictive insight into a borrower’s likelihood to pay as agreed.

FICO has, in recent years, started including data not traditionally used in credit scoring.

In their FICO Score XD, they tie in data like cellphone plan payments, landline payments, and cable TV and Internet payments.

Their most previous model, FICO Score 9, started including rent payment data for renters. It also stopped penalizing consumers for collection accounts they’ve paid back in full.

The UltraFICO score seeks to use even more fine-tuned data to score Americans without sufficient credit history.

And then there’s VantageScore, the alternative model the three largest credit bureaus developed themselves to reduce their dependence on Fair Isaac Corporation.

In short, there are dozens of credit scoring models currently available to lenders in the U.S. The new FICO Score 10 and 10T represent just two more added to the mix.

Social justice activists have already spoken out against the new FICO scoring model. They particularly object to the fact that it will tend to worsen already low scores and improve scores for those with already strong credit.

However, the root of the problem doesn’t lie in the scoring model. Fair Isaac simply aims for the best predictive accuracy possible in its scoring models.

The better the predictive accuracy, the more borrowers can get approved, and lenders can either price their loans more competitively or more expensively based on precise risk assessment.

Many low earners remain underbanked, with a distrust of the mainstream banking system and digital money. That leaves them with little or no credit history, limiting their access to mainstream credit.

That in turn leaves them vulnerable to predatory lenders, loan sharks, and outrageously high-interest payday loans. With nowhere else to turn, borrowers end up paying outrageous interest and fees and bury themselves even deeper.

As such, some argue that breaking that cycle of expensive debt requires financial literacy education and participation in the mainstream financial system, not a scoring model that artificially inflates credit scores and weakens predictive modeling.

How to Improve Your Credit Score Across All Models

At their core, all models reward on-time payments, low debt utilization ratios, diverse credit types, and the absence of black marks like foreclosures, bankruptcies, judgments, and accounts in collection.

1. Check Your Credit and Fix Any Errors

Before doing anything else, check your credit report for free. Review it carefully for errors.

If you see anything out of place, set about fixing the errors on your credit report yourself. You can do it for free, and the process is far easier than you’d expect.

Finally, consider signing up for a credit monitoring service. Free ones, such as Credit Karma, let you keep an eye on your credit score in real time. And they notify you of any sharp drops or suspected identity theft.

2. Pay Every Bill on Time

Late payments ruin your credit score. So stop making them.

If you struggle to pay all your bills on time each month, consider it an indication of a broken budget. Throw out your current budget and create a new budget from scratch through a company like Tiller.

If you struggle with a conventional budget, try an alternative budgeting strategy instead.

3. Pay Down Your Credit Card and Unsecured Debt Balances

The new FICO Score 10 models particularly penalize credit card balances and reward consumers who pay off their cards each month.

Commit to paying off every single credit card balance in full as soon as humanly possible. Try the debt snowball method to keep yourself focused and organized in your quest against debt.

Experian allows anyone to opt into a voluntary program called Experian Boost to help build credit faster by connecting your bank account to Experian. You then select your utility payments so Experian can monitor them as another source of payment history data.

According to Experian, the average participant sees their score rise by 13 points. If you want to learn more about Experian Boost, read our Experian Boost review.

If you routinely run up high balances each month, then pay them in full, consider setting up automated weekly payments.

It keeps your credit utilization ratio low, so no matter when your prospective lender runs your credit, they see a healthy score.

In calculating your score, FICO takes into account the average age of your accounts. The older, the better.

That means you should keep old credit cards open, even if you no longer intend to use them. Cut them in half if you have to, but don’t close the account.

7. Open Secured Accounts If You Need to Build More Credit

If you haven’t yet established much credit history, start with a low-APR credit card.

If no companies approve you for one, open a secured credit card or use a credit-builder account from Self instead.

Rather than borrowing money from a lender, you simply agree to make payments to them as if it were a loan, and they put those payments aside for you in an escrow account.

At the end of the “loan” term, you get all (or most) of your money back.

Household debt increased by $92 billion in the first quarter of 2021 to a record $14.64 trillion, according to the Federal Reserve. As such, it’s not surprising FICO plans to penalize high unsecured debts more in its new scoring model.

Whichever scoring model an industry uses, your credit score has a surprisingly significant impact on your daily life.

It can mean the difference between a down payment of 3% versus 20% for your next home purchase or an interest rate of 3.3% instead of 5.3% on that mortgage.

While you should take this opportunity to pay down your debts and improve your credit, don’t panic about the new model. The simple fact is that most lenders won’t adopt it for years, and it may never gain popularity. FICO Score 9 never gained much traction, after all.

Stick to the fundamentals of credit repair. Pay your bills on time every month, pay down your unsecured debts, and pay off your credit card balances in full every month. And definitely avoid black marks like collections, judgments, and liens.

Do that, and you have nothing to fear from this or any future credit scoring changes. 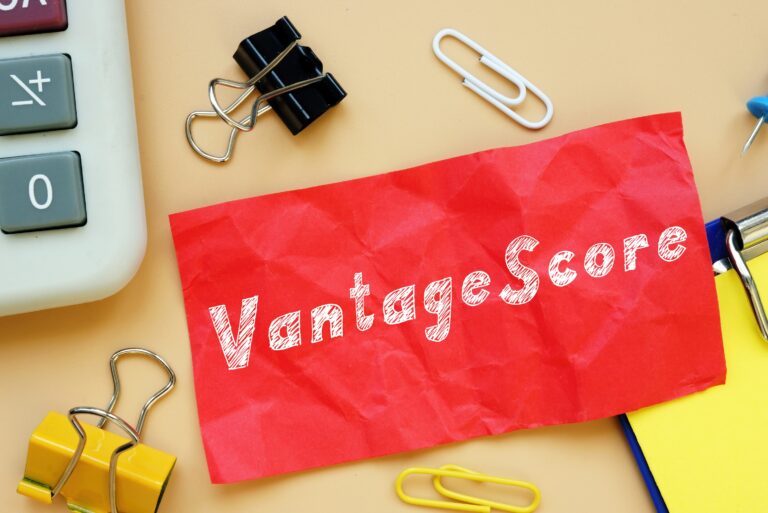 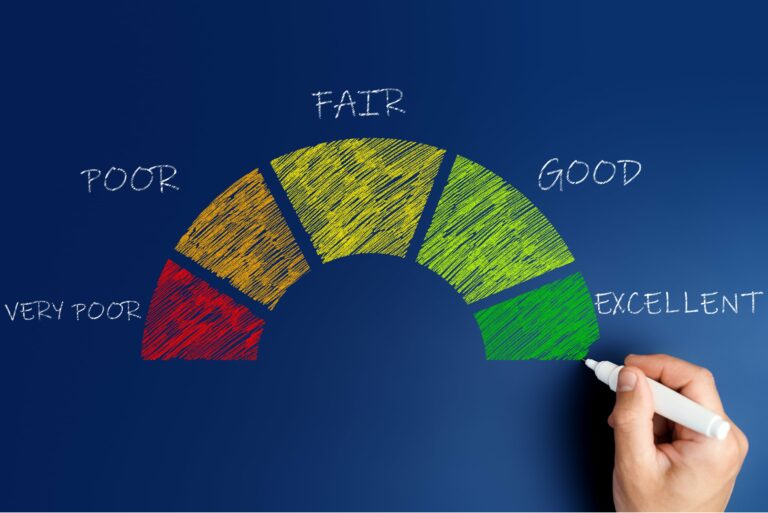 Borrow Money What Hurts and Affects Your Credit Score? - 9 Factors & Errors to Fix 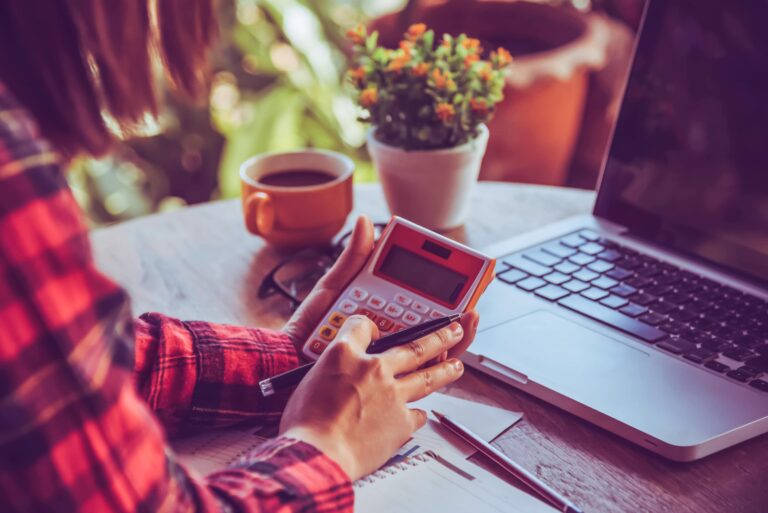 What is a FICO score?

How are credit scores calculated?

What is a good credit score?