Groupon Review – The Best Daily Deals In Your City

There was a time when “bargain hunting” meant physically beelining to a store’s clearance rack, visiting thrift shops, or spending weekends on the local garage sale circuit.  Those days are long gone, and Groupon deserves a disproportionate share of the credit.

Groupon debuted in the late 2000s. Its original iteration was a social coupon clearinghouse that promised to drive new customers to mainly locally owned restaurants and retailers. It appealed to budget-conscious consumers who loved trying new things – if the price was right. Early Groupon users paid upfront for quantity- and time-limited coupons promising discounts of 30%, 50%, or more, then redeemed them with merchants at their convenience during the several weeks the coupons were active.

Today’s Groupon is bigger and better. Local deals remain a core component of the experience. But over the years, Groupon has released many new features that collectively appeal to a broader, more sophisticated audience than Groupon 1.0’s penny-pinching diners and shoppers.

And that’s just a start.

But with no membership required and no financial obligation unless you buy something, Groupon is a low-stakes shopping aid every frugal consumer should keep in reserve.

Groupon has a variety of features and value-added perks.

Before purchasing with Groupon, review each deal type’s refund policy and Groupon’s general customer-satisfaction guarantee. If you’re dissatisfied with your purchase or unable to complete a Groupon-aided transaction, you have recourse in some cases.

Groupon Local Deals are location-based. To see relevant results, set your city or region. Most merchants are independently owned or part of local chains, but you’ll find recognizable regional and national brands too.

Local Deal discounts vary widely, typically ranging from less than 25% to well over 50%. Some are buy-one-get-one-free or buy-one-get-50%-off deals. Others simply discount full price by a set percentage.

Discounts sometimes increase with quantity. A restaurant might offer 30% off dinner for two and 40% off dinner for four, for example. In all cases, Groupon users pay upfront for the voucher and redeem for discounts on qualifying purchases.

Most Local Deal discounts are limited-time offers that disappear from the Groupon website and app when the merchant chooses not to renew. With few exceptions, all expire at a predetermined future date, though Local Deal vouchers always retain their face value. If you buy a $100-off voucher for $50, it’s worth $100 through its expiration date and $50 after that. So if you’re not willing to pay full price for a particular product or experience, be sure to redeem your voucher before it expires. Otherwise, you’ll pay more than you’d like.

Deals of the Day

Groupon Deals of the Day are product- or vendor-specific flash sales that typically last 24 hours or less.

Deals of the Day sometimes overlap with Local Deals; you’ll see many of the same merchants and products in both places. Deals of the Day include other deal types, particularly Groupon Goods (more on them below). Often, the only difference between a Deal of the Day item and the same item available in another section is a temporary one-day discount on top of the discounted price.

Groupon Goods is a digital marketplace for consumer goods, including clothing, electronics, home goods, personal accessories, beauty products, and kids stuff. The layout and user experience bear more than a passing resemblance to eBay, only without the auction option and with fewer product categories.

Groupon Goods are always discounted. But because discounts often apply to vague manufacturer-suggested retail prices most retailers would undercut anyway, figuring out the exact savings on any given item is difficult.

Groupon Goods customers purchase and pay for products on the spot. Shipping options range from one to three days (and sometimes more). Things like product category, weight, and distance impact shipping rates.

Groupon Getaways is Groupon’s travel feature. Although it’s not a full-spectrum travel booking engine or aggregator like Expedia or Priceline, Getaways has an impressive selection of lodging, car, and air-inclusive travel package deals.

Airfare is a glaring Getaways omission. Getaways doesn’t offer any airfare deals outside its air-inclusive travel packages and tours.

Groupon Live is Groupon’s live events ticketing feature. Don’t mistake it for a full-spectrum ticket resale marketplace like StubHub. Local events are Groupon Live’s bread and butter, and it doesn’t feature every big-ticket event happening in every city.

That said, it’s a fine place to find tickets for major sporting events at or below retail value. If you’re a professional sports fan without season tickets, Groupon Live is worth checking before you buy directly from the team.

Groupon Coupons is a vast database of brand- and retailer-specific digital coupons and coupon codes offered at no out-of-pocket cost to the user. Virtually all are valid for online purchases with sponsor brands and retailers – no need to print a physical coupon or download an e-voucher. Some coupons and coupon codes are exclusive to Groupon, but many are available elsewhere.

Groupon Select is a paid membership program that promises deeper, member-exclusive savings on publicly available deals and free shipping on Groupon Goods purchases, among other incentives – all for a monthly fee around $5. Subject to change, highlights include:

Groupon’s Android and iPhone mobile apps give you access to all the Groupon features you see online in a small-screen-friendly package. Use it to redeem Local Deals vouchers digitally with real-world merchants without having to keep track of a bunch of paper vouchers.

Groupon sells gift cards redeemable for purchases on the Groupon website and app. Unless otherwise noted, you can use gift card balances to fund any item available for sale on Groupon.

Groupon’s Gift Shop lets users select Groupon Goods items and other products as gifts for designated recipients. Click the “Gift Shop” tab to see gift-eligible merchandise and deals in your area, then click “Give as a Gift” in the listing when you’re ready to buy.

There are many reasons Groupon is worth your time.

Groupon is a free website and app that delivers thousands of different discounts and deals every month. Unless you prefer to pay full price for goods, services, and experiences, Groupon is worth bookmarking, downloading, and checking regularly.

Even if you don’t see the value in Groupon Select, you can’t go wrong adding Groupon to your roster of couponing resources. It’s sure to make your life a little richer and your wallet a little fatter.

Do you use Groupon to find deals in your city? What’s the best deal you’ve purchased on Groupon?

Groupon is a free mobile app and website offering a vast array of savings opportunities for bargain-hunting consumers. It has broad shopper appeal – after all, who doesn’t like saving money? Key drawbacks and risks include selection issues, Groupon’s lack of control over the post-purchase user experience, and the potential for budget-busting impulse buys.

Specific Groupon features do have downsides, such as Groupon Live’s mostly ironclad all-sales-are-final rule and Groupon Getaways’ limited selection. And Groupon itself can’t control what happens after users purchase vouchers or products – that’s between users and merchants.

Still, with no upfront cost to use Groupon and so many savings opportunities to choose from, there’s no real downside to downloading the app. 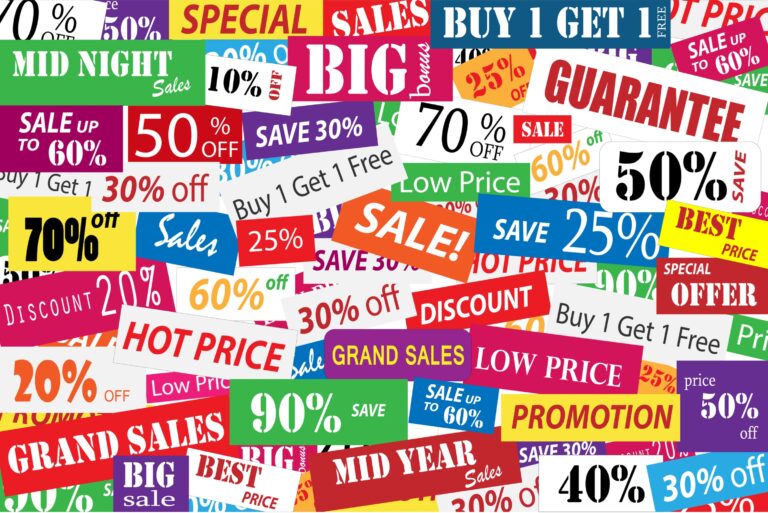