How To Avoid Hidden Fees from your Cable Company

For many people, watching television is a way of life. Even when money was tight, many keep their cable service because it is one of their only sources of entertainment. While cable television is more expensive than ever, you may be spending on more than just service. I don’t know about you, but every time I get my cable bill, I feel like the price has gone up. Over the past month, I have been hit with several “hidden fees” by my cable company. Along with this, I have learned of additional fees by calling around and speaking with other providers.

Below are several fees that your cable company may try to sneak into your bill:

1. Activation fee. Are you moving into a new home? Do you simply want to add a new service to your existing cable package? If so, you should ask about an activation fee before you move forward. Upon activating my cable service, my company charged a $49 fee. While this is something they told me about upfront, I was still unhappy to see it on my bill. The way I see it, paying approximately $100 per month for cable and internet is more than enough. Apparently, they don’t feel the same way. You should always call and try to get this fee removed. Depending on who you get on the other line, you might be able to get the fee waived. If you have another cable provider in your area, threaten to switch or point out that their activation fee is less.

Since I did not get all my services installed at once, I was actually billed a second activation fee. I let the first one slide. With the second one, I called to see if there was anything they could do for me. Since I paid the first time, they agreed to waive the second fee.

2. Cancellation fee. My current provider, Comcast, does not charge a cancellation fee. I can leave at anytime without having to pay an extra charge. That being said, not all companies are the same. As I was shopping around for service, I also spoke in great length with Verizon. One of the biggest drawbacks of their service was the $360 cancellation fee that goes along with a two year contract. While this is prorated at $15/month, it is something that I was a bit concerned about. No matter which provider you choose, make sure you clarify the cancellation policy.

3. You can’t upgrade two services at the same time without paying extra. I found out about this last week and was quite stunned. During a technical assistance call with a Comcast support representative I was told that I could not have two upgrades on my account at the same time without paying an additional fee. The rep had no explanation for this. All he said was that this is “company policy” and there was nothing that could be done. So, instead of getting both upgrades during the same service call, I had to schedule two. More on this in #4 below.

4. Service call fee. Every time Comcast visits my home, and comes inside to take a look at something, no matter what it may be, I am charged a service call fee. While I can understand this in some situations, there are other times when it just doesn’t make sense. For example, what if the problem is caused by something on their end, such as malfunctioning equipment? Why would the customer have to pay for this?

To avoid future issues, anytime I make a service appointment, I am sure to ask if there are any fees involved. If there are, I want to know what they are for and how much it will be. If it’s a problem with their equipment or the service coming into your home, you should not pay for a service call fee, and you should speak to a manager if they still insist on charging you this fee.

5. Installation fee. This is separate from an activation fee and can include anything from installing a router for your computer to running a new cable line. Over the years, I have found that every service comes with a different fee. Again, I suggest you ask about this when making your appointment as well as before the tech begins the work. You might be able to get a friend or family member to hook up the router or the cable box if you’re not good with electronics. Why spend $25 to $100 having the cable guy do it?

The cost of cable is already out of control. If you want to keep your costs to a minimum, do what you can to avoid the fees outlined above, and remember, asking for a reduced fee or the fee to be waived works quite a bit, so don’t be shy about asking. On this note, don’t forget to check out some of my other tips on how to save money by asking for a discount.

Chris Bibey is a freelance writer who over the years has honed his personal finance experience by writing more than 100 feature articles on the subject. In his spare time, Chris enjoys sports - West Virginia football in particular! 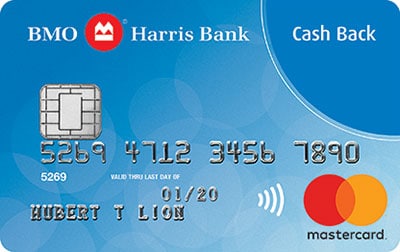 How can I save money on cable television?