7 Best Credit Cards to Use for Everyday Spending

Investing in Individual Stocks – 5 Survival Techniques in a Changing Market There are no flashing lights, no clatter of coins hitting the metal bins of slot machines, no raucous shouts of victory or envious looks when a winner hits it big. But some believe that Wall Street is no different than the Las Vegas Strip – less glamor, less glitz, but still a place for gamblers to risk all where the house has the edge.

Dr. Leon Cooperman, the noted hedge fund founder and president of Omega Advisers, Inc., warned President Obama on CNBC television that “the best capital markets in the world were turning into a casino.” And The Motley Fool, a popular newsletter for individual investors, said in November 2011 that “market volatility had become so erratic this summer that it often felt like a rigged game.”

But what does this mean to the individual investor? Is the age of analyzing and picking your own investments passé? Should you be working with a new investment strategy? Knowing how to invest today requires, at minimum, two things: an understanding of how the market has changed, and strategies for survival in the new environment.

Fundamental Changes in the Equity Markets

Beginning in the 1970s, the composition of Wall Street participants – those who worked in the industry and those who invested in corporate securities – began to change. According to the Conference Board, an internationally known independent research association, institutions (pension/profit-sharing, banks, and mutual funds) owned 19.7% of the total U.S. equity value ($166.4 billion) in 1970. But by 2009, the institutional share had grown to 50.6% ($10.2 trillion) of the total value. According to Stat Spotting, a website that tracks the identification of stock buyers and sellers, professional or institutional funds accounted for more than 88% of the volume in 2011, with retail investors being only 11%.

Investors who purchase stock in individual companies – once the source of the majority of trading volume – have become increasingly rare due to the disadvantages resulting from the transition to institutional investor dominance. In fact, top performing stocks are likely to be sold by individuals and bought by institutions. What this means is that individuals are liquidating too soon, while institutions are picking up these stocks en masse, increasing their positions, and capitalizing on the subsequent appreciation and rise in profit.

Predominance of the Institutional Investor

The decline of investors buying individual stocks is due to a number of factors, including:

Despite the changes in the fundamental nature of the equity market, many people continue to believe in a market of stocks, rather than the stock market. They believe that good research and a fundamental, long-term approach to investing enables them to pick stocks that appreciate even if market averages go down. Others are content with the returns of the market as a whole, buying a fund that owns stocks of the same identity and proportion as in a popular benchmark index, such as DJIA or the S&P 500.

It is true that not all stocks go down or up on a single day or in any single period. There are always winners and losers. If you feel that you have the stomach, the brains, and the fortitude to thrive in this market, there are strategies that might keep you on the winning side.

One of the most successful investors of the modern era is Warren Buffett. Buffett recently told people at the Berkshire Hathaway annual meeting, “The beauty of stocks is that they sell at silly prices from time to time. That’s how Charlie [Munger, an early partner] and I got rich.” He has always taken a long-term perspective, sought companies that were overlooked and undervalued by the market, and exercised patience, believing that good management would deliver results that would be ultimately reflected in the stock price. There is no better example to follow if you elect to purchase stock in individual companies, rather than mutual funds.

Warren Buffett’s rules of investing include:

Learn the rudiments of stock market analysis by reading and studying “Security Analysis,” a classic book written by Benjamin Graham and David Dodd in 1934 and still considered the bible for investors. Study annual reports of companies to become familiar with accounting and financial reporting, and subscribe to “The Wall Street Journal” to get a financial perspective on the nation.

2. Focus on the Long-Term and the Value of Good Management

On any given day, some industries and companies attract the attention of the public with the promise of untold riches and worldwide dominance. While the popular picks rarely deliver hoped-for profits, they often explode in price on the upside following by an equally spectacular implosion. When selecting long-term investments, consider the following:

Even an investor with the prowess of Buffett can be wrong with regards to a company or its stock price. In 2009, he admitted taking a loss of several billion dollars on ConocoPhillips when he failed to anticipate the dramatic fall in energy prices.

Spreading your risks is always a prudent course to follow. Most professionals recommend a minimum of six positions or companies, but no more than 10 due to the work necessary to remain informed. It is also wise to vary investments across industries with the expectation that a general recession will not affect all of the companies and industries in the same manner or amplitude.

Be sure you’re on the company’s mailing list for announcements of new products and financial results. Buy the company’s products and services, and recommend them to your friends. Attend company board meetings and other public events where the company will be present. Learn the name of the security analysts following the company, and read their analyses. Treat the investment as your company, and not just as numbers on a brokerage account statement.

The market is full of examples where companies rise, fall, and rise again, demonstrating the underlying fundamentals and the value of a competent, if not outstanding, management team. Apple Inc., the company with the highest stock capitalization in the world, sold on March 1, 2002 for $21.93 per share. On March 1, 2007, the stock sold for $122.17, but fell to $78.20 by February of 2009. An investor selling at that time would have missed the stock at $621.45 during March 2012.

If the reasons you purchased a company initially remain in place, keep the investment no matter how long or how short you’ve held it. The fact that the stock price goes up and down is not justification by itself to sell or buy. 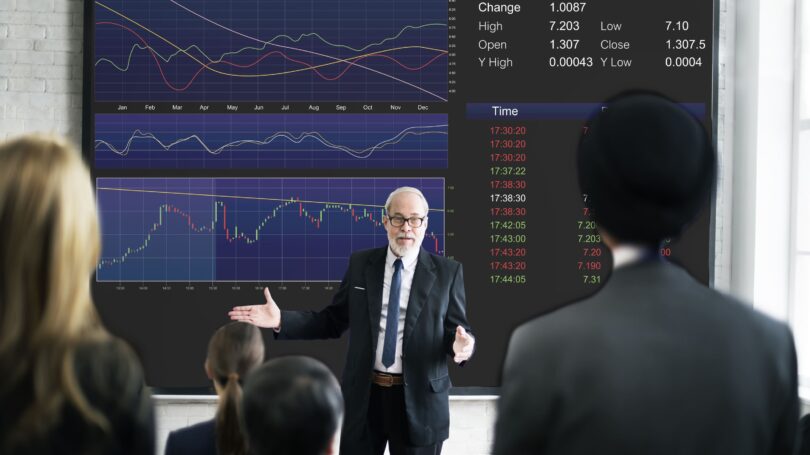 While the stock market attracts more than its fair share of gamblers, investing doesn’t require taking extraordinary risks. Fundamental investing is based primarily on safety of principal with the knowledge that good management in an undervalued company will pay better than average returns to investors over time.

Do you use any of these principles? What has your experience been with them?