Shannon Nowden dreamed of owning a Tesla for years, but he was sure he couldn’t afford one. Even the comparatively affordable Model 3 retails for $35,000 and up, well outside the stay-at-home father of three’s budget. For years, Nowden’s Tesla dreams remained out of reach.

Until they weren’t. In late 2018, a chance encounter at the gas pump altered the course of Nowden’s financial life – and set in motion the chain of events that would finally land the San Diego native his dream car.

Today, Nowden is the proud owner of a Model 3 and the proud bearer of Turo’s All-Star Host badge, an honor reserved for the peer-to-peer car sharing platform’s very best hosts. His Tesla is booked roughly 20 days per month, netting about $1,000. That’s more than enough to cover an $800 monthly car payment and here-and-there maintenance expenses. Since his first full month on the platform, Nowden’s Tesla hasn’t cost him a cent out of pocket.

Nowden’s quest to turn his passion into a profitable side gig is inspiring. And there’s no question his diligence, responsiveness, and commitment to going the extra mile for his drivers have contributed to his success. But his story doesn’t have to be unique. With the right car, the right tools, and the right attitude, anyone can be the next Shannon Nowden.

Money Crashers asked Nowden how he set about turning his new Tesla into a robust, reliable passive income stream and how he plans to expand his fledgling Turo enterprise. Here’s what he told us.

Be Open to Possibilities You Hadn’t Considered

Nowden’s Tesla odyssey began as so many car journeys do: at the gas station.

“I was pumping gas when I saw this brand-new Model 3 pull into the station,” he recalls. “My first thought was, ‘What’s a Tesla doing at the gas station?'”

Nowden walked over to the Tesla driver and introduced himself. Only too happy to talk about his eye-catching ride, the driver walked Nowden through the Model 3’s features. Toward the end of the conversation, Nowden remembers lamenting the car’s high sticker price. “I said something to the effect of, ‘Man, this is a great car, but I could never afford it,'” he recalls.

To Nowden’s surprise, the driver didn’t nod his head sympathetically. He didn’t shrug. Instead, he said, “That’s what I thought too – before I looked into Turo.”

Nowden’s new friend told him he mainly shared his Tesla during the week, leaving it free for personal use on the weekends. He earned more than enough to cover his monthly car payment.

Intrigued, Nowden went home and opened Turo’s Carculator, an income estimator for prospective hosts. The Carculator estimated about $800 in monthly income for a late-model Tesla in San Diego – just a hair under his estimated monthly car payment.

The modest discrepancy didn’t faze Nowden. He figured he could make up as much as 25% of his monthly car payment through other means, so the Carculator’s output came as a welcome surprise.

“I’m an entrepreneur,” he says. “I knew I could make up a small difference with other side hustles.”

Be Prepared for a Ramp-Up

Nowden bought his Model 3 in November 2018. That first month, he had to pursue another side hustle for an immediate cash infusion: driving for Uber and Lyft, North America’s top two ride-hailing apps.

It was a mostly positive experience. Nowden enjoys meeting new people, and he enjoyed telling passengers about his new ride. “I got a lot of, ‘This is such a nice car – why are you driving for Uber?'” he recalls.

But ride-hailing income isn’t passive income. When you’re not logged into the apps, you’re not making money. Nowden eventually came to feel that driving for Uber and Lyft was a chore, one that kept him away from his kids for hours at a time. Meanwhile, his Turo business was ramping up quickly. Once he determined he’d earn enough from Turo alone to cover his monthly payment, he mothballed his ride-hailing business.

“Driving for Uber and Lyft was hard work,” he says. “With Turo, I was able to make money with my car without clocking in. I like that feeling of not having a steady 9-to-5.”

In fairness, not all Turo listings are as sought-after as Nowden’s Model 3 – or any high-end car, for that matter. More common downscale cars don’t fetch the sort of premium Nowden’s does. According to Turo’s Carculator, a San Diego-based 2015 Toyota Camry – a solid ride, by any stretch – is booked an average of 14.5 days per month at a suggested daily list price of $35, netting $385 per month. Still, that’s more than the monthly payment even on a new Camry: roughly $350 per month on a $23,000 Camry with $2,000 down and $21,000 plus sales tax financed at 4% APR over 72 months.

Nowden knows his Tesla is a draw. His customers tell him so.

“I work with lots of customers who are specifically seeking Teslas,” he says. He estimates that 60% of his customers are actively looking to buy a Tesla. They’re willing to pay Nowden for an extended test drive. And there’s a sense of easy camaraderie between Nowden and his customers, a perk of membership in the still-small club of Tesla enthusiasts.

The Tesla’s eco-friendliness also matters, but Nowden figures it’s secondary. “If my electric car was a Ford, I don’t think I’d be pulling these numbers,” he says.

Living in sunny San Diego probably doesn’t hurt either. According to a Turo analysis, booking demand peaks during the summer travel season – April into August, depending on the market – and rises again during the winter holidays. Demand drops sharply in the first quarter, as most of the continental U.S. shivers. Of course, San Diego is one of the country’s better winter escapes, which may explain why Nowden’s Tesla is busy year-round.

Turo’s Carculator seems to bear this out. The Carculator currently predicts just under $1,145 in net earnings on just over 10 booking days per month for a San Diego-based 2018 Tesla Model 3 – significantly better than Nowden’s late-2018 calculation thanks to increased demand.

But Teslas aren’t only in demand in spring break getaways. In Boston, the same vehicle is booked about eight days per month and nets nearly $1,200. Chicago-based Teslas fare even better.

Nowden’s mild, touristy hometown and sought-after ride do contribute to his Turo success. But not every Tesla-driving San Diegan is a Turo All-Star Host. Nowden stands out because he’s an excellent host who consistently goes the extra mile for his customers.

Nowden is a model for other Turo hosts. According to his profile, he responds to every in-app message immediately. Literally: At last check, his average response time was 0 minutes and his response rate a perfect 100%. His customer reviews are effusive, with customer after customer praising his car’s spotless interior and his unfailing courteousness.

And he’s only too happy to take his Tesla wherever it’s needed. About 80% of Nowden’s customers ask for custom delivery to locations like their hotel, the airport, or elsewhere in town. The remainder take a taxi or ride-hailing service to his house, about 20 minutes from downtown San Diego in normal traffic.

Nowden can’t take all the credit for his riders’ joy. With the majority of his drivers taking extended test drives, he’s dealing with a self-selected sample predisposed to a great experience. Anyway, the car does a lot of the hard work. Nowden can’t remember the last time a customer returned his ride without looking like they’d just had the time of their life.

“Afterwards, my customers love the product even more. They always seem to be smiling,” he says.

How to Maximize Earnings & Minimize Inconvenience as a Turo Host 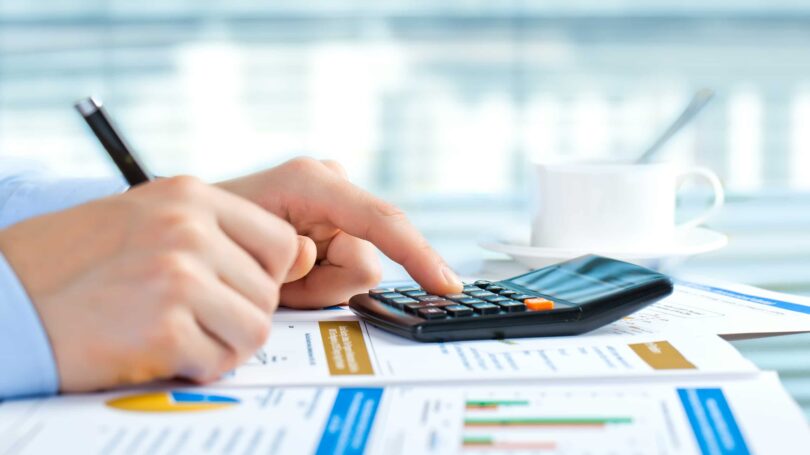 Nowden has learned a great deal from his turn as a Turo All-Star Host. And he has advice for car owners hoping to follow in his footsteps.

Shannon Nowden is an entrepreneur at heart. The extent to which you see yourself in him – and see the potential in his profitable side hustle – probably depends on your entrepreneurial cast. Not everyone has the mettle to respond to customer messages at all hours or clean their ride to a brilliant shine after every booking.

Still, it’s not difficult to see why Nowden wouldn’t trade his gig for the world. He nets $1,000 per month – more than enough to cover his car payment and maintenance – with modest effort. He meets Tesla enthusiasts from all over the country and world, evangelizing for an automotive disruptor that’s doing its part to reduce the industry’s carbon footprint and accelerate the transition to a truly green economy. And he’s still able to make time for the most important part of his world: his kids.

Are you intrigued by Nowden’s story? What would you need to do to turn your car into a reliable source of passive income? If you’re ready to start sharing your car for extra cash each month, get started at Turo.com.