Should You Buy AMC Stock Shares for Investment?

Should I buy AMC stock?

AMC was a struggling movie theater chain before the pandemic, and the impact of COVID-19 only made the situation worse. Even though AMC’s stock shot to dizzying heights as a meme stock in 2021, the underlying business still faces serious challenges potential investors need to consider. Read on to learn why it may be best to avoid AMC stock altogether.

The stock of the American movie theater chain AMC Entertainment Holdings, Inc. (NYSE: AMC) has been a popular topic of discussion since early 2021. The stock outperformed most others on the stock market as one of the meme stocks that retail investors sent for a wild ride.

Trading with the likes of GameStop Corp (NYSE: GME) and BlackBerry Ltd. (NYSE: BB), the stock’s momentum was fueled by social media posts and a desire by retail investors to hand losses to hedge funds.

However, after such a meteoric rise in the stock’s price, many are wondering if they’ve missed the boat, and rightfully so. No publicly traded company can maintain gains in the thousands of percentage points for very long.

Driven by social influence, AMC was among several meme stocks that made a run for the top in 2021. However, that big run higher represents more of a reason to run for the hills than to invest in the company. There are a few things you should know before risking your hard-earned money investing in AMC.

Historically, AMC is nothing special. Just take a look at the company’s stock chart and you’ll see a few trends clearly:

Struggles Before the Pandemic

As is clear from the stock chart, the problems for AMC set in well before the COVID-19 pandemic swept the United States. The company had been struggling for a few years already.

Unfortunately, box office cinemas have been a dying breed for some time. Much of the blues for movie theaters are the direct result of the evolution in entertainment toward streaming services. These services hurt movie theaters in two ways:

As a result, movie theater attendance has been declining for years, squeezing cash flow for all companies in the industry. As the largest movie theater chain in the U.S., AMC has felt the pinch.

The Pandemic Sets In

In 2020, as the pandemic set in, many companies were forced to close their doors — some for a matter of weeks or months and some for almost a year — in an effort to stop the spread of COVID-19. Any business deemed non-essential was essentially out of business.

AMC and other movie theaters were in that category.

Naturally, in an attempt to keep its head above water through the pandemic, AMC announced that it would be suspending its dividends. At the same time, CEO Adam Aron and his team worked to raise funds needed for the company to survive. To their credit, the C-suite did a great job of getting the company through the lockdowns.

However, as theater doors reopened, the company realized that coming back from the pandemic would be an uphill battle. Even today, the chain of theaters struggles to get anywhere near the same attendance levels it enjoyed prior to the pandemic.

You might be wondering why in the world the stock of a company struggling to keep its head above water would skyrocket like AMC did in early 2021. The simple answer is because gains and declines in the stock market sometimes have nothing to do with fundamentals and everything to do with supply and demand.

You see, even if a company is struggling to attract an audience, losing money hand over fist, and nearing the brink of collapse, if people believe it’s worth investing in and are willing to put their money behind that belief, the stock will climb as more and more investors buy it.

It was a meme stock frenzy. Hedge funds had heavily shorted AMC, thinking betting against the struggling movie theater company was easy money. Retail investors took to social media, led by the Reddit board “WallStreetBets,” in an effort to band together in a David-versus-Goliath battle against the hedge funds.

These investors knew that if enough people purchased shares of AMC, the activity would send the price of the stock up. Short sellers would start losing money and be forced to limp away from their positions. As the massive number of shares sold short were purchased back to close the positions, a short squeeze would take place, sending shares of AMC skyrocketing.

The so-called Big Short Squeeze in meme stocks coordinated by retail investors in early 2021 sent AMC’s stock (among others) to all-time highs, which is another reason to stay away from it today.

Even though AMC has come down substantially from its highs in mid 2021, the stock is still up around 1,000% over the past year. This valuation is far too high for a struggling company.

This may seem like reading a “sky is falling” prophecy. There really isn’t much good to say about AMC stock, and sugarcoating the facts has never been a good way to go. Almost all experts you ask about AMC stock will tell you not to buy it. Just take a look at analyst opinions.

The price targets the analysts have set on the stock paint a pretty grim picture. The price at which analysts expect the stock to trade within the next 12 months range from $1 to $16, with the average target at $8.17.

At the moment, the stock’s trading at around $16. So even in the best-case scenario, according to analysts, the stock will remain flat over the next year, with the worst and average cases expecting losses of around 94% and 50%, respectively.

No matter how you slice it, if you’re following analyst opinions, AMC stock is not a stock you want to own.

Should You Buy AMC Stock?

To put it simply, the answer is a resounding no. Given its current metrics, nobody should be racing to buy shares of AMC stock, for several reasons.

The company was struggling before the pandemic, and the pandemic just made the situation worse. At the same time, the recent meme stock frenzy led the stock to spike to a ridiculous valuation.

Aside from these reasons to stay away from the stock, there are a few more things you should consider.

According to ETF.com, there are only 76 funds that hold the stock, which is pretty slim for a New York Stock Exchange-listed company. If you dig through the funds on the list, you’ll find that quite a few of them are meme stock funds, suggesting that many of those investing in AMC aren’t doing it for the fundamentals, but out of fear of missing out (FOMO) surrounding the meme stock frenzy.

It’s also worth noting that the company’s fixed costs are exorbitantly high. Even as movie theater attendance dwindles, AMC still has to come up with well over $300 million per quarter in rent and interest payments. That doesn’t account for the cost of goods, the cost of employees, and other expenses associated with running a movie theater chain.

Considering the high cost of doing business and slow recovery following its reopening, it’s not surprising to find that in the company’s most recent quarter, it produced a net loss of over $200 million.

The bottom line is that AMC is not a sound investment for anyone at the moment.

The truth is that I’m a big fan of AMC theaters. I still go to the movie theater and enjoy the nostalgia of it all. But I am one of the dying breed of movie theater patrons.

No matter how much I want to see AMC succeed, the company backed itself into a corner with high fixed costs well before COVID-19 set in. Then, after the pandemic hit and the recovery proved to be slow, hope that the stock would see strong gains any time soon has been lost.

This is a screaming example of the value of doing research before making investment decisions.

If you’re a moviegoer, seeing a flurry of social media posts telling you to buy AMC and watching the price shoot up may be enough to push you into investing. However, by doing your research, you can avoid the catastrophic losses many meme stock investors have already endured. Unfortunately, the near- and mid-term prospects for AMC’s business aren’t bright. 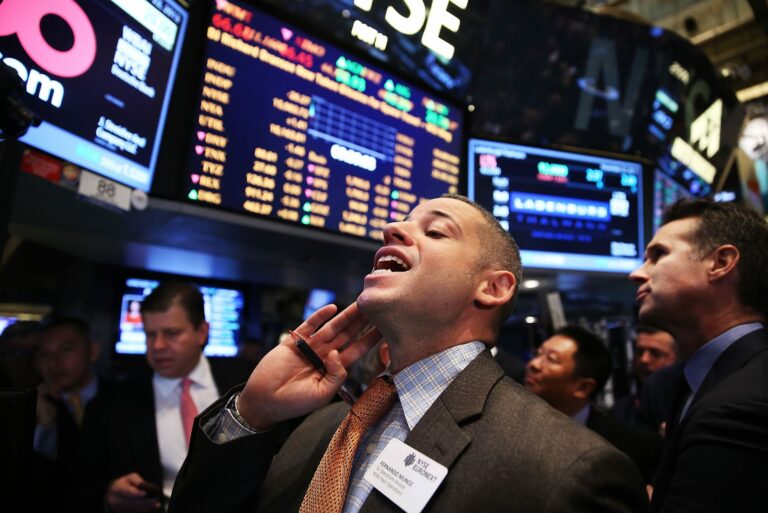 What are memes stocks and why should I consider investing in them?

What does HODL mean?

What are the best electric vehicle (EV) stocks to buy?

What are the best stocks to buy right now?

What are the best growth stocks to buy now?