22 Smart Financial Money Moves to Make in Your 60s

How Much of a Down Payment Do You Need When Buying a House? Lately, it seems as if most customer service representatives are either not empowered to help you, or that they have actually been instructed not to. It has gotten to the point where getting a company to give you the service you deserve is not just a challenge, but almost a sport. We all know how to lose our temper or ask for a supervisor, but what if you want to take your customer service game to the next level?

Here are five recent incidents in which I was told unequivocally that a company could not help me. Eventually, I found exactly the right nerve to hit in order to force their hand. I got the result I wanted, along with some valuable knowledge about how to handle tough customer service situations. Below are five lessons I learned to beat customer service representatives at their own game.

1. Ask the Representative: What Would You Do?

I had just booked a trip with my daughter to visit my parents. We used some miles from my Delta account for one ticket, and some miles from a frequent flier account of one of Delta’s partners for the other. I immediately contacted the airline to ensure that we had assigned seats next to each other. Amazingly, the representative told me that there were no available seats together. Back and forth we went, but it seemed as if she just couldn’t think outside the narrow range of options listed on her computer screen. She insisted over and over again that I was asking for the impossible.

Solution: Finally, I asked her what she would do in this situation, as leaving my toddler on the other side of the aircraft would be some pretty bad parenting, if not illegal. She thought about that for a minute, put me on hold, and miraculously was able to find two seats together.

Breaking the barrier between the job and the person can be instrumental in getting what you want. Find a way to make the representative relate to you on a personal level, and, chances are, they’ll dig a little deeper to provide what you need.

Comcast, my not so trusted high-speed Internet service provider, decided it was time to raise my rates by 18%. As a result, I decided to go with another provider. Once I had my new Internet connection up and running, I immediately contacted Comcast to cancel my service.

To my surprise, they proceeded to charge my credit card for service ten days after it had been disconnected. Their representative insisted that there was no way to give me a timely refund. Sure, they could quickly charge my credit card for service I didn’t use, but unlike every other merchant in the world that accepts credit cards, I was told there was no way for them to issue a credit. Even their supervisor stuck to the script.

Solution: Off I went to my Twitter account to signal my displeasure at being fraudulently charged. Their Twitter representative responded immediately. The next day, I received my refund.

Social media has become an incredibly important advertising tool for companies. In turn, it has put a great deal of power in the hands of the consumer. One can engage in a customer service dispute witnessed by hundreds, or even thousands. No company wants that kind of bad publicity. And in case you didn’t know, social media can ruin your career too if you’re not careful. 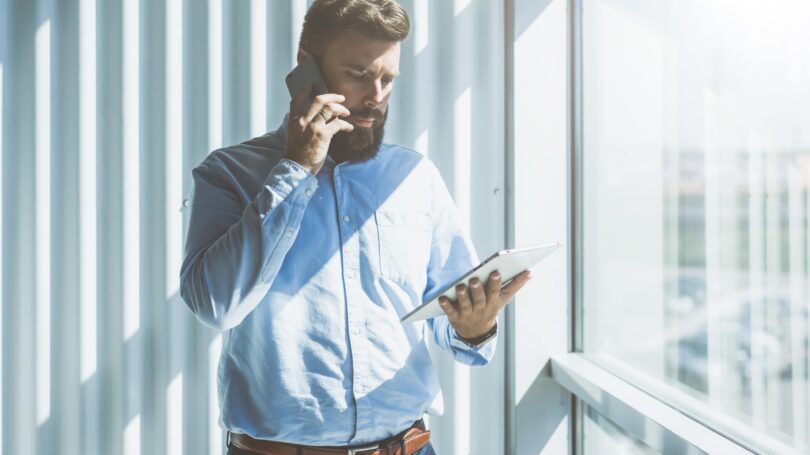 For some reason, the display on my microwave oven started to become so dim that it was no longer readable. With a little research, I found some information online indicating the source of the problem and the part necessary to fix it, but it was selling for $200.

Fortunately, my microwave was still within its warranty. I contacted Jenn-Air to order the part so I could replace it. I was told adamantly that there was no way they could send the part directly to me. I had to have an authorized repairman look at it, order the part, and then return to install it.

Of course, only the part was covered by their warranty, not the labor. When I asked her why I couldn’t install the part myself, the representative insisted that it was a liability issue. I reasoned that if that were true, they wouldn’t be willing to sell me the part. She still wouldn’t budge.

Solution: As a last resort, I politely read back the terms of the warranty to her. I then asked her to point out to me where in the warranty it is indicated that it is only valid when serviced by an authorized repair center. She really had no response to that other than to ask me for my shipping address.

Never simply take a representative’s word when it comes to warranties and contracts. Make sure you have the paperwork in front of you, and read and understand it fully. A company can’t really argue with a contract they wrote.

4. Threaten a Charge Back

In compensation for a customer service screw up, United Airlines issued me a free flight voucher good for $100 off my next ticket. To redeem the voucher, I had to make the reservation over the phone and mail it in. Once I had made the reservation, they charged my credit card for an agreed upon amount and gave me the confirmation code for an electronic ticket. I then mailed the voucher in.

Nevertheless, my credit card was charged not just for the tickets, but for a “ticket by mail” fee that I was never informed of and that I never authorized. I contacted the airline to tell them that they had charged my card a greater amount than I had authorized. They agreed, but would only offer me another voucher. They insisted that they could not simply credit me the money.

Solution: I informed the supervisor that his company had charged my credit card fraudulently, and that my next step was to request a charge back from my credit card company. They finally relented and issued me a refund.

Credit card charge backs are so costly for most companies, they will do almost anything to avoid a legitimate claim being settled that way.

I went ahead and purchased a new smartphone from my mobile telephone provider. My next step was to contact them and ask for the unlock codes. These codes allow me to use this phone with any provider whether I am just traveling or I decide to switch cell phone companies.

By law, cell phone companies are required to give these codes to existing customers who purchase new phones. The problem was that I was getting a runaround. All I received in response to my queries were emails saying that their “unlock team” was working on it. When I called, no one could help me. They would only say that the case was with the “unlock team” and no, I couldn’t speak with them.

Solution: I once read that most companies have a department called Executive Customer Service. I suppose this is who high ranking employees and their friends contact when they need someone to actually help them, not just to tell them to go away. I Googled it and came up with an e-mail address. The person who responded was able to cut through the red tape and actually provide me with the codes I was entitled to.

It can be a real game to get a company to do the right thing. I suppose the majority of people probably will accept no for an answer if a company is stubborn enough, but not me. As far as I am concerned, everyone needs to have to have a playbook ready for those times when you need to get past no. Take away a few tips from this article and I’m sure you’ll find yourself winning those one-on-one customer service matches without a problem – whether it’s over the phone or through live customer service chat.

What have you learned from your interactions with customer service departments? Please share your best tips in the comments below!