What to Do After a Car Accident – Injuries, Damages & Insurance Claims

I’ve had a valid driver’s license for 11 years with a perfectly clean record – no accidents, no speeding tickets, and not even a warning – so I was completely blindsided the day my SUV was rocked by the sound of a truck colliding into my driver’s side door, almost taking off the front bumper of my car. My kids and I were completely fine, but since it was my first accident, I was in a state of shock as I pulled my car into a nearby parking lot. Oddly, it wasn’t the fear of getting hurt, or the concern for my car that stands out about that day, but the disconcerting feeling of being in unfamiliar territory with no idea what to do. Immediately the other driver was out of his car and at my door, which wouldn’t open from the inside. I had to climb out of the passenger-side door to meet him, and he was ready for a fight. It was then that I had my “baptism by fire” and had to learn how to deal with car accidents, auto insurance, and other drivers.

While every situation is different, there are at least five important things to consider when you experience an accident. By taking the time to think about them in advance, you can save yourself mountains of grief in the event that an accident takes place.

“Admit it was your fault” were the first words out of the other driver’s mouth. Call it the Canadian in me, but my first instinct was to apologize profusely, even though I knew it wasn’t my fault. From what I could gather, I had been in the left turn lane when the truck crossed over from the right lane, trying to turn without checking his blind spot. Luckily, I clamped my mouth shut and ignored the man as I checked on my daughter. But I was confused – why was he insisting that I say it was my fault before we even assessed what happened? When I didn’t respond, the man got on the phone to report the accident to the police – the right thing to do. Soon after, an officer showed up and began working on his report. While the officer walked around the vehicles to assess the damage, the other driver kept needling me, “So, you admit it was your fault, right? Just say it was!” I simply said “I don’t know.” When the cop overheard the man, he chastised him for his behavior. The officer then took me aside and told me that in the event of an accident I should only exchange insurance information, and should never accept fault. I know this may sound naive, but I had no idea. The police officer let me know that the insurance companies would manage everything, and I didn’t need to answer the other driver’s questions. I learned two important lessons that day: You should never accept fault at the scene of an accident, and you should watch your words when speaking to the other driver. Getting upset, yelling, and placing blame only made the other man look bad to the police officer.

2. Treat Law Enforcement as an Ally

I was so relieved when the police officer showed up to take his report, mostly because I knew that determining fault was out of my hands. I began thinking of the officer as my ally – someone who would keep me safe and determine fault from a neutral perspective. I’ll confess that I was visibly shaken when the officer arrived, so it was hard for me to explain exactly what happened. I did my best, and he pieced together the rest based on the damage done to our respective vehicles. He knew that the other car had turned into me due to the tire damage along the side of my car. The other driver wasn’t pleased to give his side of the story. He was despondent about the accident, combative about my role in it, and downright angry when he received a citation. I wouldn’t go as far as to say that he wouldn’t have received the citation had he been more cooperative, but I do think that his attitude toward the officer affected the final report sent to our insurance companies. When speaking with a police officer at the scene of an accident, remember these points about making your statement:

Be honest and calm when giving your statement – law enforcement is your friend in these situations. As a neutral third-party, a police officer can help sort out the confusion and keep you safe through the process. I know I’m forever grateful for the cop who showed up at my accident scene – he was courteous, helpful, and kind.

While the police officer wrote up his report, he escorted the other driver and me around each of our vehicles. My car sustained most of the damage, with almost the entire front end visibly smashed. The other driver complained that his side mirror was damaged, but the officer recognized that it was merely folded in. That’s when I got out my phone and started snapping pictures. I had a gut feeling that the other driver wasn’t going to play by the rules, and I wanted to be sure that I had all the details right. I snapped pictures of the damage to both cars, pictures of the intersection and traffic signals, as well as pictures of our insurance cards and the other driver’s license plate. I made a point to record and memorize street names and the length of the turning lane. Later, when both insurance companies called to get my side of the story, I pulled up the intersection on Google Earth and was able to give an exact report, knowing that I had all the details right. This only served to further my case, helping show that I was an attentive and conscientious driver. I’ve since downloaded my insurance company’s app onto my cellphone so that I always have quick access to the claims department, as well as an e-copy of my insurance – something I wish I had prior to my accident. Of course you should always have a copy of your insurance in your car, but having one on your phone adds an extra layer of confidence in the event of an accident.

There are several different insurance claim methods you can use to submit a claim:

Because of my situation, I filed a not-at-fault claim, choosing to have my insurance company arrange and pay for the repairs. There are a few clear benefits to this choice:

I didn’t feel like staying calm while working through the aftermath of my accident. From the accident’s initial shock, to the months of dealing with insurance companies, to the constant conflicting stories being issued by the other driver, it was tempting to fly off the handle and tell the other driver’s insurance just what I thought of him. But if there’s one thing that I learned through the experience, it’s that you catch more flies with honey than with vinegar. Car accidents are awful, but getting upset, yelling, placing blame, and pointing fingers won’t serve you well. The police officer and claims adjusters I worked with responded well to a calm voice and a practical attitude. In my case, the other driver tried contacting me several times after the accident was deemed his fault. I ignored the calls and checked with my insurance company. Sure enough, they let me know that there’s no reason for the people involved in the accident to speak to one another after the accident – all communication should go through the insurance companies. By keeping a steady head, the stress of the accident and its aftermath do eventually subside.

I feel lucky that no one was hurt and that my SUV has since been repaired and is running smoothly. It was actually the mental aspect of the experience that I found most difficult. While I wish I had been more prepared, I’m glad for what it’s taught me. For one, I’m a much more attentive and defensive driver, and that’s a good thing. What’s more, I have a better understanding of the insurance process and I now know what to say (and what not to say) if I ever find myself in a similar situation again. Have you ever been in a car accident? What did the experience teach you?

Insurance How To Make A Car Accident Claim And Get Compensation 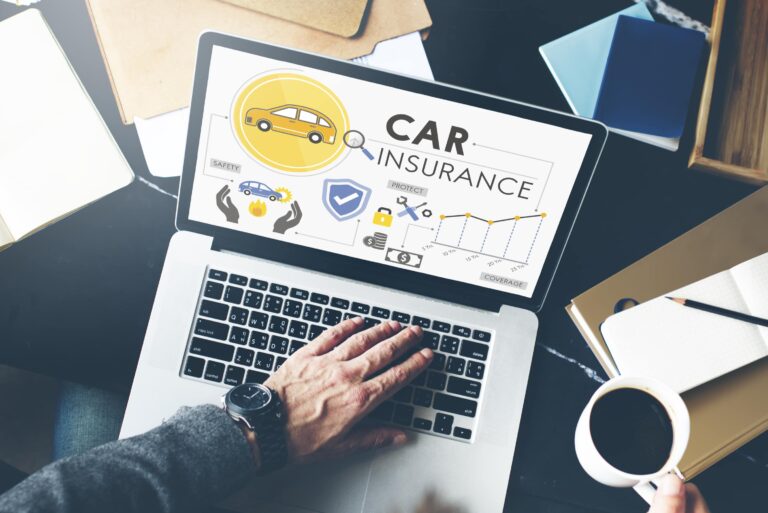 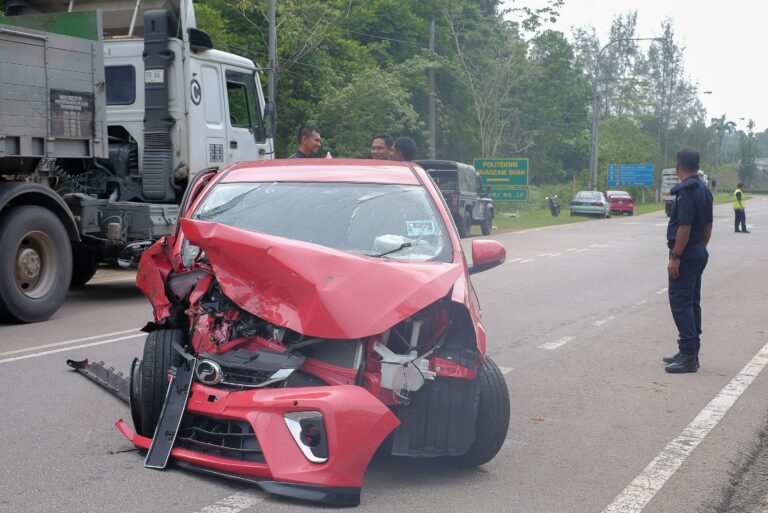 Save Money How To Save Money After A Car Accident 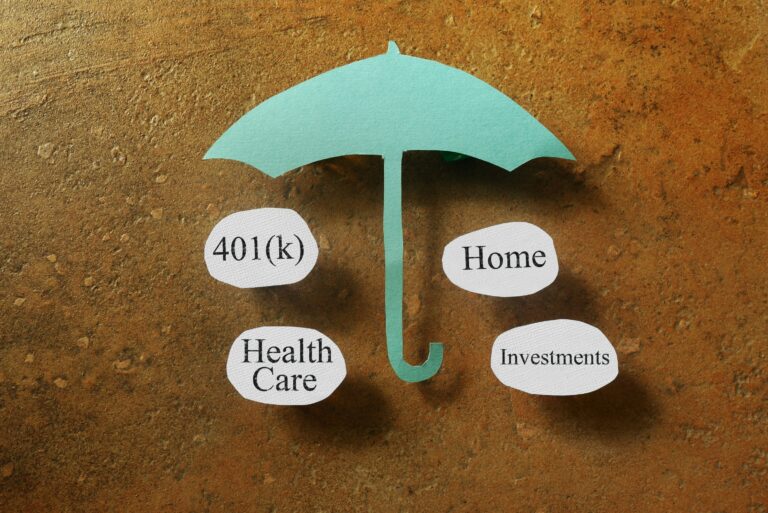 Insurance What Is Umbrella Insurance - Do I Need a Policy? 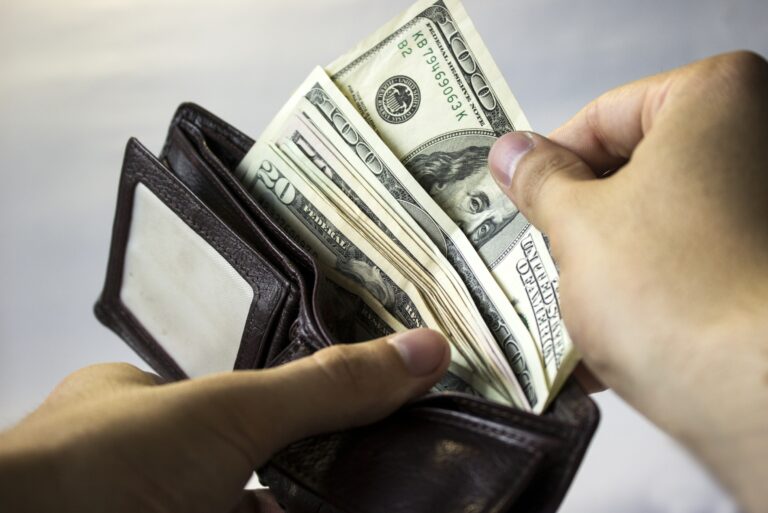 Save Money 8 Products & Services You Shouldn’t Skimp On