17 Best Personal Finance Books to Read of All Time

11 Best Laptop Bags for Women – Stylish & Fashionable on Every Budget

New vs. Used Car – 6 Benefits of Buying a Slightly Used Car for Cheap

Other than your home, your car might be the most expensive purchase that you ever make. I love nice cars, but I also try to manage my finances responsibly. As a result, I have reluctantly come to the conclusion that a new car is an unnecessary expense.

Sure, you can find overpriced used cars and bargain buys on brand-new vehicles, but it’s not just the sticker price that makes a new car a waste. The associated fees, subsequent costs, and losses in value (i.e. depreciation) add up to thousands of dollars over the first few years of new car ownership. This is especially bad news if you end up upside down on your car loan.

On the other hand, a “slightly-used” car – one that’s only around two years old and has under 30,000 miles on it – can help you keep cash in your pocket without sacrificing quality. Below are 6 benefits of buying a used car (in like-new condition) over a brand new one.

Remember the old adage that a new car loses thousands of dollars in value the moment you drive it off the lot? It’s still true, and it’s why used cars are better bargains. It’s also why you can buy a 2007 Porsche for the price of a 2011 Honda. Someone bought the Porsche for $50,000 and now it can be yours for $25,000.

If you buy a car that’s one or two years old, it’ll still depreciate, but you’ll lose less money less quickly. And you’ll avoid that big initial hit that the previous owner took.

Every ad for a new car glosses over the tax issue. Many state laws subject new cars to state sales tax, but not used cars. In Georgia, for example, if you buy a used car from a private seller, you won’t owe any sales tax at all. Comparatively, the sales tax that dealers have to add to the price of a new car can be thousands of dollars. Don’t underestimate the savings, and research your state’s laws on the subject before you make a decision.

In most states, the rate of your annual registration fee is based on your car’s value and its model year. In Colorado, for example, registration fees fall dramatically during the first few years after a car is manufactured. The rate is highest in the first three years, and then levels off after five years. If your state has similar rules, you can save about a thousand dollars by avoiding the new car registration fees and buying a car that’s at least three, or better yet five, years old. 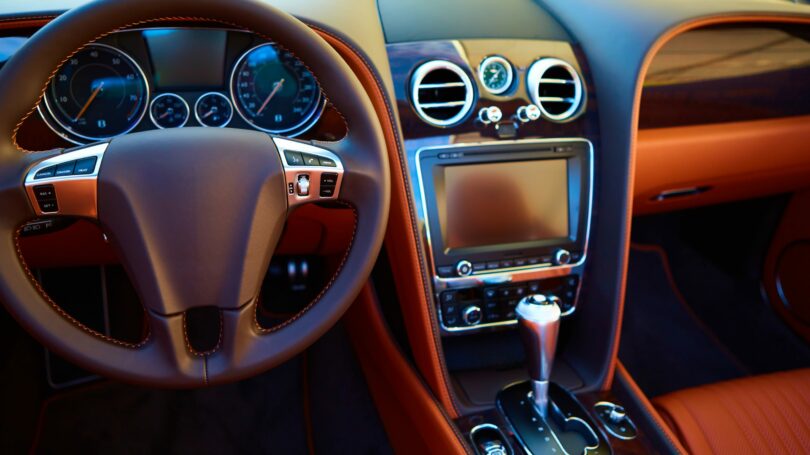 The oldest trick in the dealer’s book is to install additional dealer options. They’ll add a pinstripe, a protective film, or the immortal “anti-rust coating,” but new car buyers who want these add-ons can easily get them for a much lower cost from an after-market installer. Regardless, these changes don’t add a dime to the car’s resale value anyway. When you buy used, you may not get every feature you want, but you certainly won’t end up paying extra for things you didn’t ask for.

On the other hand, when you search for specific features that you do want in a used car, like a sunroof or navigation system, you’ll pay far less than the original owner did. Instead of needing to decline a dealer’s expensive navigation package with fees and surcharges, you’ll be able to afford the built-in features.

5. Dealers and Their Crazy Fees

As if paying $500 for rust-proofing isn’t bad enough, dealers hit new car buyers with shipping charges, destination fees, and “dealer preparation.” These fees feel even worse because unlike the unnecessary, unwanted pinstripe, owners have absolutely nothing to show for these charges except a lower bank account. When you buy a used car, you’ll have to visit the DMV to pay tag, title, and registration fees, but you won’t deal with any of the nonsense that dealers add.

Instead of caving to dealer fees and buying new, you take on a more powerful role when you’re in the market to buy a used car. You have a much better case for negotiating when you can tell a private seller you might just walk away from their old car. If they bought new, they’re not going to know everything you know about the benefits of buying used. They’ll be eager to keep you at the negotiating table.

Nowadays, cars are built to last for at least 100,000 miles, so you don’t have to sacrifice reliability and overall condition just to get a good deal on a used car. You can get a used (or “pre-owned”) car that’s scratch-free and in excellent mechanical shape. In fact, if you know anything about cars, you should be able to find one that is in “like new” condition.

However, if you’re not comfortable under the hood, you can rely on the certification programs and extended long-term car warranties that most car makers offer. When you buy a used car at a manufacturer’s dealership, you’ll know that they’ve inspected the vehicle and that it meets the strict requirements for certification. The biggest benefit you might find is the manufacturer’s warranty for used cars. Toyota, for example, offers a seven-year 100,000-mile warranty on certified used vehicles. This kind of peace of mind is crucial when buying a used car.

New cars smell great, but how much is that scent really worth? By looking beyond the sale price and considering the total cost of buying new, you can get a better idea of how much you are really going to pay for the privilege of being the first owner of your next car. You might have to spend a little extra time on research, but from the initial price to the long-term costs, you’ll thank yourself for buying a slightly-used car that’s in good condition.

What are the pros and cons that you see to buying new or buying used? Share your success stories or nightmare deals in the comments below.

11 Recession-Proof Stocks & Investments That Protect You From Downturns

Are you worried about a recession wreaking havoc on your portfolio? If the specter of an upcoming recession spooks you, then forget about high-volatility equities such as penny stocks. Even solid blue chip stocks often take a nosedive during recessions. Instead, start looking into recession-proof — or at least recession-resistant — investments that can reduce risk in your portfolio and emerge from the storm even stronger.

17 Best Personal Finance Books to Read of All Time

11 Best Laptop Bags for Women – Stylish & Fashionable on Every Budget

11 Recession-Proof Stocks & Investments That Protect You From Downturns