Lessons to Learn in Branding From 6 Social Media Marketing Fails

Social media is a critical link in the customer experience chain. According to U.K.-based digital marketing education company Smart Insights, 90% of all social media users have used social media to communicate with a brand, and 75% of users take to social media to share positive experiences with brands (a key measure of brand loyalty).

Clearly, brands need to do more to engage current and prospective customers on social media. This is a continual process that requires old-fashioned investment in human resources. Brands must add to customer support teams, train new hires, and standardize customer engagement practices so all consumers they interact with have similar experiences.

While improving and fine-tuning run-of-the-mill customer interactions, brands must also take measures to avoid social media crises of their own making. It only takes one serious social media misstep to jeopardize a reputation that’s been years in the making.

The fallout from one of these egregious fails spreads far and wide, often indiscriminately. After Snapchat hosted a horribly insensitive ad trivializing domestic violence, the publicly traded social platform lost $800 million in market value, putting the financial security and livelihoods of uninvolved shareholder-employees at risk.

If you’re in a position of power at any organization with official social media handles, or people will reasonably perceive you as representing your company online, you owe it to your employer, your colleagues, and yourself to avoid social media fails that erode audience trust and threaten customer relationships.

What Qualifies As a Social Media Fail?

There’s a difference between a run-of-the-mill social media gaffe and a five-alarm fail.

Where the line between them falls depends on your organization’s target audiences, platform choices, and brand positioning. An edgy, irreverent publisher – say, an energy drink or fragrance brand targeting males ages 18 to 24 on Snapchat – can get away with a lot more than a buttoned-up publisher – say, a consumer products or food staple brand targeting parents of kids ages 8 to 12 on Facebook.

But there’s a line for every brand. Social media content that’s inherently offensive, inappropriate to the audience or platform, or potentially unsafe to consumers is entirely off-limits for any organization or its representatives. That includes:

Fails like these require urgent remedial action. Depending on the infraction’s nature and severity, the appropriate remedy ranges from a follow-up apology and correction to a full-blown crisis response covering multiple internal and external communication channels.

Brand-representing employees, such as a well-known CEO, who commit minor infractions generally participate in these remedies. Following profoundly offensive fails that a single employee was clearly responsible for – or whom the company can easily blame – brands are more likely to sever ties with them and task its communications team with cleanup duties.

Employers are typically more forgiving of social media fails by employees acting in a wholly personal capacity. That’s why it’s essential to dissociate personal handles from your employer with an “opinions are my own” or similar disclaimer in your bio or to take the more drastic step of making your personal social accounts private. Still, egregious personal posts may have professional consequences, especially if they go viral and ensnare your employer. Screenshots last forever. Deleting and apologizing for the offending post sometimes comes too late to prevent blowback.

It’s best if your company distributes an official social media policy that covers your expected social media etiquette for both representative employees – those who have known ties to the company, such as an executive or public relations representative – and private employees, such as administrative or support staff whose association with the company may or may not be known to the public.

Real-World Social Media Fails & What You Can Learn From Them

Each of these very real fails has something to teach us about social media’s risks and rewards.

In May 2018, the United States Air Force’s official Twitter handle published an awkwardly constructed tweet linking a recent airstrike in Afghanistan to a viral audio meme in which an auditory illusion causes some people to hear “Yanny” when the speaker is actually saying “Laurel.”

According to The Guardian, the since-deleted tweet read: “The Taliban forces in Farah city #Afghanistan would much rather have heard #Yanny or #Laurel than the deafening #BRRRT they got courtesy of our #A10,” and linked to an Air Force release describing the strike. “#A10” references a type of Air Force attack aircraft; “#BRRRT” appears to mimic the sound of machine gunfire. Citing a coalition spokesperson, Stars and Stripes reported that the Farah strike killed 28 Taliban fighters.

The Air Force’s tweet drew protest on Twitter and sharp questioning at a Pentagon press briefing. As the blowback intensified, the Air Force deleted the tweet and posted an apology: “We apologize for the earlier tweet regarding the A-10. It was made in poor taste and we are addressing it internally. It has since been removed.”

McDonald’s soon issued a tongue-in-cheek nonapology in reply to the original tweet. Over an image of a man savoring a cup of McCafé coffee, the reply read: “When you tweet before your first cup of McCafé… Nothing comes before coffee.”

But the follow-up was too late to prevent a cascade of mocking replies from the handle’s followers. And as the tweet went viral, people who didn’t follow the brand were also eager to pile on. At least one competitor got in on the action.

On Earth Day 2018, Amazon founder and gazillionaire Jeff Bezos tweeted what he thought was a heartfelt ode to humanity’s home planet.

It didn’t go over so well. The replies, hundreds of them, torched Bezos for enjoying an extravagant vacation while tens of thousands of poorly paid Amazon warehouse workers toiled in brutal conditions. Comedian Sarah Silverman piled on, drawing more attention to the tweet.

Defense giant Lockheed Martin got a rude lesson in unintended consequences when it asked Twitter for “amazing photo[s] of one of our products” for World Photo Day 2018.

According to HuffPost, the now-deleted post read: “Do you have an amazing photo of one of our products? Tag us in your pic and we may feature it during our upcoming #WorldPhotoDay celebration on Aug. 19!”

It’s not clear there’s ever a good time for the world’s largest weapons manufacturer to ask followers for photos of its products in action. But Lockheed’s timing was nevertheless abysmal. Per HuffPost, the tweet came soon after CNN identified Lockheed as the manufacturer of the laser-guided bomb used in a Saudi-led airstrike that killed dozens of schoolchildren and adults.

The tweet prompted a furious response. Dozens of respondents posted public domain images of the airstrike and its aftermath, including horrifying photos of blood-soaked UNICEF backpacks.

In early 2018, Snapchat ran a third-party ad that asked users which they’d like more: to “slap Rihanna” or “punch Chris Brown.”

The ad was an obvious reference to Brown’s February 2009 assault of then-girlfriend Rihanna. Later that year, Brown pleaded guilty to one count of assault with intent to cause great bodily harm. His rap sheet has ballooned in the years since, according to an E! News timeline.

Widely shared by Snapchat users, the ad drew widespread condemnation from domestic violence advocates. As the backlash grew among leading influencer marketing luminaries and the broader public alike, Snapchat deleted the ad, saying it violated the platform’s advertising guidelines and they’d approved the ad in error. After that, Rihanna herself responded – on Instagram. She said, in part, “You spent money to animate something that would intentionally bring shame to DV victims and made a joke of it!!!”

According to Vanity Fair, Snapchat’s stock price fell 4% the day after the controversy broke, erasing about $800 million in shareholder value in a stark illustration of the real-world consequences of social media misuse.

Though the Cruz account undid the like within a day or so, countless Twitter users screenshotted the original post in the account’s history, creating a permanent record of the fiasco. Others piled on the staunchly conservative senator, dinging his apparent hypocrisy. According to The Washington Post, Cruz argued a variety of prudish positions as a young law clerk and later Texas’ solicitor general, including writing a 76-page brief supporting a state ban on the sale of sex toys. National media picked up the story, further embarrassing Cruz.

As the furor grew, Cruz blamed a staffer for the mistake – though he declined to identify the individual or say whether he’d taken any disciplinary action against them. Cruz’s staff reported the explicit tweet to Twitter, which eventually suspended its publisher’s account, to the great dismay of its legions of fans.

These six social media fails are the proverbial tip of the iceberg. If you’re an active social media user, you’ve almost certainly encountered cringeworthy slip-ups – and worse – not mentioned here. Companies with high brand awareness – like Dove, American Apparel, and Adidas – have all been in the doghouse before and may well find themselves there again. Fresh fails are surely on the way.

The good news for brands and their human representatives is that every social media fail presents a learning opportunity, no matter how unfortunate the circumstance or dire the consequences. These six fails have countless analogues, each of which is another example of what not to do online.

More important still: Many social media fails transcend the digital realm to provide object lessons in real-world etiquette, tolerance, and social norms. We might never have the opportunity to dogsled on Earth Day, and we should all know that domestic violence is never funny. But that doesn’t mean we can’t learn from the tangible consequences of hurtful content and strive to be better than that.

What’s the worst social media mistake you’ve ever made? What did you learn from it? 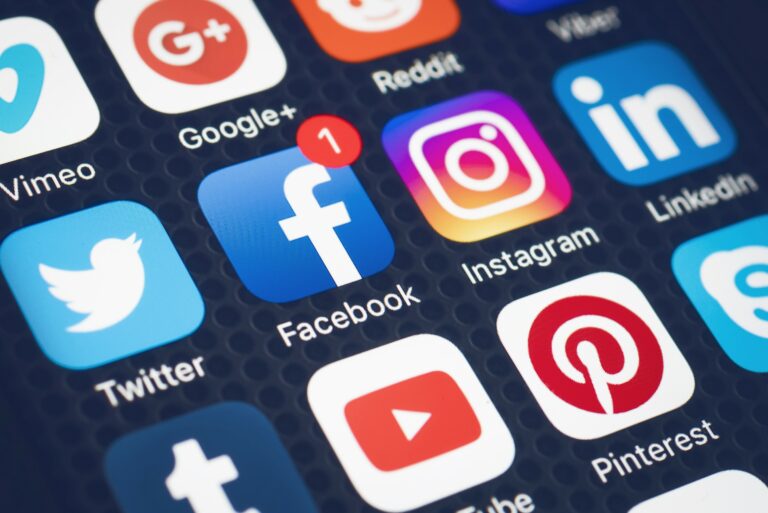 What are some low-cost business ideas?