If you knew someone was coming to rob you, what would you do? Shrug off the threat, or take precautions to protect your interests?

Unfortunately, inflation robs us all. It’s a silent thief that whittles away the value of our money, making each dollar worth less and less over time. However, it’s also part of a healthy economy. It’s important to unravel the mystery of inflation and understand how it affects you so you can use it to your advantage and protect yourself against its potentially negative impact.

Say you went to the store in 1990 and spent $1 for two packs of gum. Today, $1 might only get you one pack. Inflation caused your money to lose some of its purchasing power, meaning your dollars have gotten weaker.

The Bureau of Labor Statistics (BLS) defines inflation as the process of continuously rising prices – or, put another way, the continuous decline in the value of money. It’s caused by numerous factors including exchange rates, increases in the money supply, and national debt. Governments measure inflation to determine how prices rise over a set period, generally on an annual basis. They also monitor the costs of select goods and services that average households purchase, such as food, energy, and rent, all while discounting temporary price spikes.

Paying more for the same stuff may not sound ideal, but inflation is actually interpreted as a sign of growth in a healthy economy. The flip-side is periods of low inflation or even deflation, in which prices fall. During those times, money retains more value and consumers get more per dollar. However, that’s not always a cause for celebration, as low inflation and deflation typically cause wage freezes.

The key to inflation is balance. Central banks want to avoid deflation, but don’t want prices rising too rapidly. In the U.S., the Federal Reserve currently claims annual inflation of 2% is a good target.

Effects of Inflation and How to Protect Yourself

Since inflation impacts the value of money, it can have tangible effects on various aspects of our lives. It’s important to factor inflation into your financial decisions to ensure you’re making smart choices both in the short- and long-term.

Inflation’s most obvious effect is that it raises the cost of living. The amount you spend today won’t buy an equal amount of goods and services in the future. Eventually, you’re going to pay more for food, electricity, healthcare, electronics, and so on.

But inflation can be tricky, as it does not impact the cost of all goods simultaneously, meaning not everyone is equally affected. For example, in May 2015, the BLS reported that prices for food eaten away from home increased 0.2%, but food eaten at home declined 0.2%. Since prices for these two aspects of the food index moved equally but in different directions, the BLS reported food inflation as unchanged that month. (The average consumer purchasing groceries paid less to eat, while people who mostly ate out spent more.)

When inflation is on the rise, do your best to keep all sources of income, such as salaries and investments, growing as fast as (or faster than) your expenses. During deflationary periods, as prices decline, try to increase your savings instead of spending more. 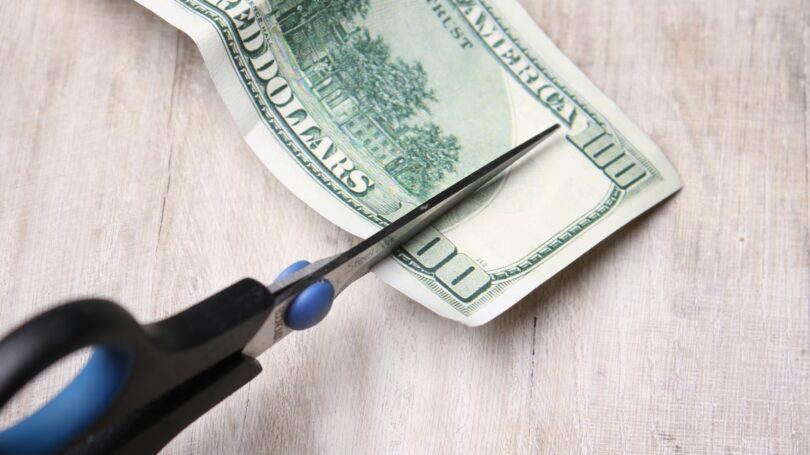 Inflation often drives wages higher because companies are willing to pay more when the economy is growing and the cost of living for employees is on the rise. If possible, shoot for a raise that’s higher than the rate of inflation to ensure you outpace it.

Since the Great Recession of 2007 and 2008, inflation and wage increases have been relatively weak. According to The Washington Post, wages rose 1.7% between January 2014 and January 2015, and according to Consumer Price Index (CPI) data, the rate of inflation in 2014 was only 0.8%, meaning the average worker who received a raise actually took home more money.

When pay increases lag inflation (or you don’t receive raises at all), problems arise. For example, workers earning the federal minimum wage earned $7.25 per hour in 2009. According to Pew Research Center, people who still earned that amount as of May 2015 had lost about 8.1% of their purchasing power to inflation.

Working unskilled jobs raises your risk of being victimized by inflation. For example, according to Pew Research Center, the restaurant and food service industry is the largest employer of near-minimum-wage workers, defined as people who make more than minimum wage but less than $10.10 per hour. Additionally, The Wall Street Journal reports that wage growth for food service workers trailed the rate of raises in the overall private sector until the second half of 2014.

A good way to boost your chances of maintaining a salary that keeps up with or outpaces inflation is to pursue skilled positions that are relevant in the current economy. And during inflationary periods, negotiate more aggressively for larger raises.

Generally, inflation is good for the labor market. When the economy is growing, people earn more and spend more, and companies are more likely to keep workers employed and hire others to meet growing demand. However, low inflation and deflationary conditions have the opposite effect – without growth, companies find little or no need to create new jobs.

According to the Foundation for Economic Education, when prices deflate faster than wages, it can cause a surge in unemployment. This happened in the latter half of 2014 after oil prices plummeted. USA Today reports that tens of thousands of layoffs per month occurred in oil-producing states as oil companies struggled to cover costs with declining revenues. The best time to look for work is during inflationary periods when unemployment – and, therefore, competition for jobs – is lower.

Credit and loans are usually cheapest during low inflation or deflationary conditions because creditors are pressed to spur consumer demand. Some creditors even offer interest-free periods, which provide the opportunity to borrow money for free. Then, as inflation rises, interest rates tend to follow suit.

It’s best to borrow during low inflation or deflationary periods, assuming interest rates are favorable. Repaying debt becomes easier if your earnings outpace inflation because your current debt burden will consume less of your income over time. A loan payment of $100 per month consumes 10% of a $1,000 monthly salary, but that percentage shrinks as the borrower receives pay bumps.

Retirees and disabled people are especially vulnerable to inflation. Many rely on a fixed income, such as Social Security benefits. If prices rise too quickly, they may have difficulty covering living expenses, leaving them with little or no disposable income. If you’re 25 or 35 years old and your salary isn’t cutting it, chances are, you can get another job. It isn’t as easy to find new sources of income when you’re elderly or disabled.

Government benefits do go up periodically in response to inflation. For example, Social Security recipients receive COLA – cost of living adjustments – once per year if the government determines inflation has occurred.

To prepare for potentially decreased buying power in your later years, establish savings and contribute to a retirement fund during your working years. Those funds can complement your government benefits as they lose value due to inflation. 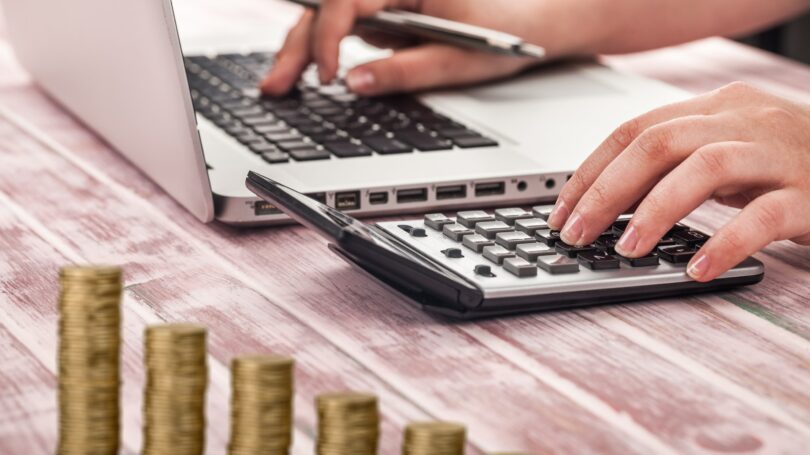 In a growing economy, saving is a loser’s game unless you get a rate of return on your money that’s equal to the rate of inflation. And even then, you’re only keeping up with inflation. To really beat the battle of the eroding dollar, you need your money to grow faster than inflation, and that growth is especially important for your retirement savings.

When interest rates are attractive, you can beat inflation by stacking your money in a savings account or money market account, or by investing it in certificates of deposit (CDs). For example, if your bank pays you 5%, but the inflation rate is only 2%, you’re getting a decent return with limited risk. Unfortunately, interest rates have been at historic lows since the Great Recession and savers commonly only earn a fraction of a percent with these vehicles, which isn’t going to beat inflation.

U.S. Treasury bonds are considered to be safe, conservative investments but have also offered abysmally low yields in recent years. Treasury Inflation-Protected Securities (TIPS) are meant to respond positively to periods of rising inflation, but the U.S. has been struggling to maintain desirable rates of growth, and TIPS produce losses in deflationary periods.

Historically, one of the best places to beat inflation and get attractive returns has been the stock market. Granted, investing in stocks means taking on numerous risks – though according to USA Today, the average annual return after adjustments for inflation is 6.2% for stocks compared to 1.8% for five-year government debt.

Inflation projections are published by the Federal Reserve and private sources like Statista. Take a lesson from businesses, which use these forecasts to guide their short-term and long-term decisions. If you’re negotiating a salary and inflation is projected to rise, make sure you factor in the likelihood of higher costs of living. If you need to make major purchases, such as a car, consider whether prices and interest rates are likely to rise or fall to determine the best time to buy. As with anything related to personal finance, always do your research and plan ahead.

Are you ready to outline your inflation protection plan?

Michelle Smith
Michelle Smith is a highly driven freelance writer who loves to follow the trail of money, especially when it flows in her direction. She stays up-to-the minute on financial news and trends and is dedicated to helping others obtain and maintain financial security. She has written for numerous business, finance, and investment outlets, such as Dig Media, where she served as a Resource Reporter covering the precious metals, select minor metals, and diamond markets.