What Is a Charitable Remainder Trust – Definition, Rules & Taxation

In popular media, there is a fascination with the differences between everyday Americans and the wealthy. However, in reality, the rich and the average American often use their money in the same ways. The rich routinely give to charity, and while the amounts they give are high, as a group they do not give more than everyone else.

Charitable giving is as American as apple pie, and every year, Americans prove you do not have to be a billionaire to be charitable. Whether it is spurred by tough economic times, natural disasters, or simply the desire to give to organizations that people believe in, Americans give generously.

What many people do not do, however, is take advantage of the tax advantages that different forms of charitable giving offer. Many people know you can deduct charitable donations on your taxes, but there are ways to maximize your charitable giving and provide additional, substantial benefits to your family. One way to do this is through the use of a Charitable Remainder Trust (CRT).

What Is a Charitable Remainder Trust?

A CRT is a form of trust that specifies a payment of funds to one or more individuals for a specific time period. The “remaining” balance of the trust goes to a charity of choice. The person who sets up the trust, known as the donor, gets a tax deduction and an income payment annually or semi-annually, and the charity receives the balance after a specified number of years.

The term of the trust is generally for the life of the donor, but cannot exceed 20 years. At the end of either situation, the balance goes to the charity. Consequently, CRTs are used most often by people in their elder years, though families like the Kennedys have been known to use them earlier. That said, the utilization of trusts is ultimately for charity, as no assets in the CRT go to any heirs.

A charitable remainder annuity trust (CRAT) pays a specific amount to an individual or individuals, either once per year or at more frequent intervals. The annual amount must be at least 5%, but no more than 50% of the initial value transferred to the trust.

For example, someone could transfer $500,000 into a CRT, and receive as income $35,000 each year for 10 years. The one stipulation is that the trust must receive at least 10% of the initial transfer value in the trust, when the income period is up, which would be $50,000 in this example.

Because of these requirements, a fixed annuity is the instrument used for the income portion that goes to the donor. The balance is usually in safe liquid investments like short-term notes.

One problem with CRUTs is that they have the same requirement as CRTs. The annual income must be at least 5% of the value placed into the trust, but not greater than 50%, and there must be at least 10% left in the trust. This requirement is usually met by placing enough asset value into either liquid or fixed investments to comply. Then, the assets to be managed are placed into whatever non-guaranteed investments the donor and trustee decide upon. Any excess left in the active portion goes to the charity as well.

Who Would Use a Charitable Remainder Trust?

The charitable remainder trust is a popular estate planning strategy for the wealthy, but is also excellent for people who find themselves with windfall amounts of money due to inheritance, life insurance proceeds, or appreciated investments. This is because a CRT allows a person to give more money to a charity, retain an interest income for themselves and their family, and get a significant tax deduction.

For example, suppose an 80-year-old woman wins $1 million in the lottery after initial taxes. She could certainly give 10%, 20%, or even 30% to charity. Such a donation would be a good amount by anyone’s standards. However, she could put half of it into a CRT. If she did it this way, she would gain the following benefits:

This is but one way a CRT can be used. Another way is to transfer stock or real estate that has appreciated over the years to a CRT. The donor still receives a nice tax deduction, the donor’s heirs avoid capital gains taxes (but can still receive an income benefit from the assets), and perhaps most importantly, a charity or cause would get a higher donation.

Trusts that provide a fixed amount each year will not be able to take advantage of future growth or higher earnings of the asset, but they do offer consistent income, even in a stagnating market. Any income received from the CRT is taxed at the donor’s nominal tax rate, but is offset by the tax benefits of the CRT.

Setting Up a Charitable Remainder Trust

Choosing a trustee and clearly stating your intentions in the trust document and to the trustee are of vital importance. Once the trust is in place, it is an irrevocable instrument. Even if the charity does not receive any benefit for several decades, it will eventually assume ownership. In the meantime, the trustee is in charge of controlling the assets in the trust. Choose someone who knows how to handle financial matters and who will carry out your intentions.

When setting up either a CRAT or CRUT, you will incur expenses for having an attorney set up the trusts, and you will need to pay administrative expenses to the trustee. There is no hard and fast cost range – it depends on the amount transferred and the type of trust you decide to use.

But whatever you do, don’t try to skimp on these expenses. When dealing with trusts, you must follow one hard-line rule: Use an attorney. Trusts are complex and the rules for taxes and other regulations are never straightforward – an experienced estate attorney is absolutely necessary.

When it comes to finances, never allow yourself to assume that investments, trusts, or financial entities are just for the rich and famous. Often, the everyday American can take advantage of many of the same tools the wealthy use.

For instance, I have seen retirees use CRTs to contribute to their grandchildren’s college fund, and have the balance given to their local church. Ranchers have used them to allow their kids to keep and work the land, and then have the money passed on to a wildlife refuge. The amount of money is not the issue, so much as what it allows you to do: take the gift that you were planning on giving anyway, and give it in a more effective way.

Kiara Ashanti is a former financial advisor, securities trader, and writer in Central Florida. He has written for Black Enterprise Magazine, Active Trader Magazine, and Atlanta Post, and has even appeared on The Oprah Winfrey Show. Kiara covers the areas of business, investments, and personal finance. 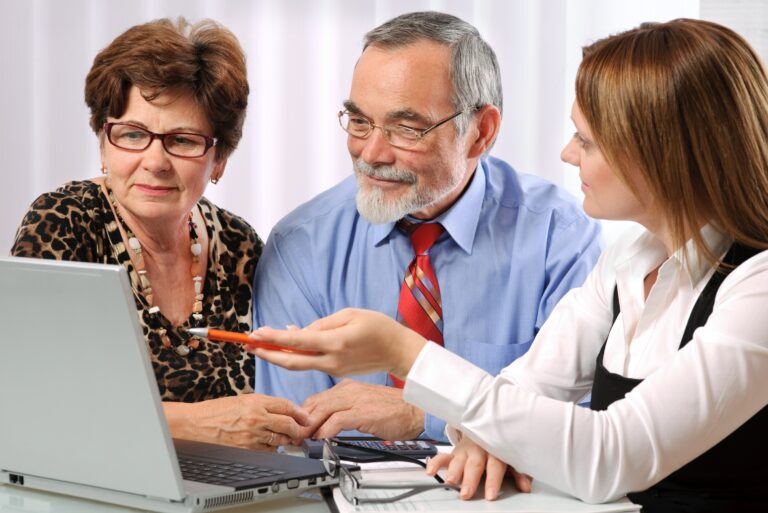 Giving How to Benefit From a Wealth Replacement Trust
Related topics

What is a trust fund, and how does it work?